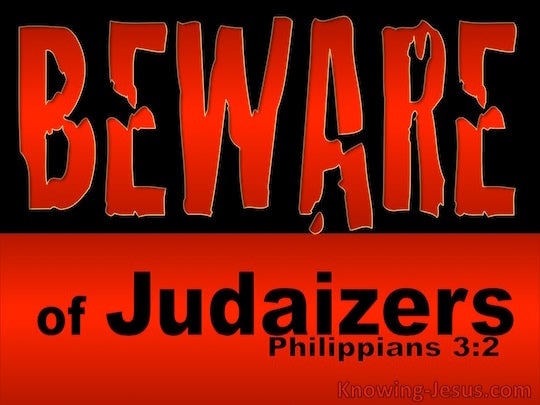 Word Count of 37 Translations in Philippians 3:2 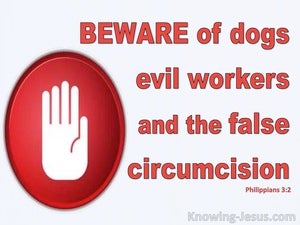 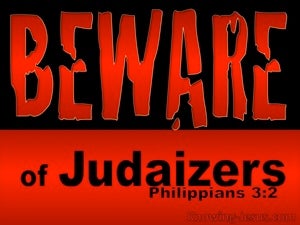 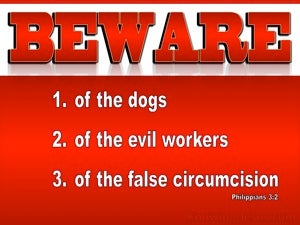 1 Finally, my brethren, rejoice in the Lord. To write the same things to you, to me indeed is not grievous, but for you it is safe. 2 Beware of dogs, beware of evil workers, beware of the concision. 3 For we are the circumcision, which worship God in the spirit, and rejoice in Christ Jesus, and have no confidence in the flesh.

For such are false apostles, deceitful workers, transforming themselves into the apostles of Christ.

But if ye bite and devour one another, take heed that ye be not consumed one of another.

For dogs have compassed me: the assembly of the wicked have inclosed me: they pierced my hands and my feet.

Deliver my soul from the sword; my darling from the power of the dog.

His watchmen are blind: they are all ignorant, they are all dumb dogs, they cannot bark; sleeping, lying down, loving to slumber.

For without are dogs, and sorcerers, and whoremongers, and murderers, and idolaters, and whosoever loveth and maketh a lie.

Beware of false prophets, which come to you in sheep's clothing, but inwardly they are ravening wolves.

For he is not a Jew, which is one outwardly; neither is that circumcision, which is outward in the flesh:

For, brethren, ye have been called unto liberty; only use not liberty for an occasion to the flesh, but by love serve one another.

For we are the circumcision, which worship God in the spirit, and rejoice in Christ Jesus, and have no confidence in the flesh.

Holding faith, and a good conscience; which some having put away concerning faith have made shipwreck:

This know also, that in the last days perilous times shall come.

For when they speak great swelling words of vanity, they allure through the lusts of the flesh, through much wantonness, those that were clean escaped from them who live in error.

For there are certain men crept in unawares, who were before of old ordained to this condemnation, ungodly men, turning the grace of our God into lasciviousness, and denying the only Lord God, and our Lord Jesus Christ.

Depart from me, ye evildoers: for I will keep the commandments of my God.

Give not that which is holy unto the dogs, neither cast ye your pearls before swine, lest they trample them under their feet, and turn again and rend you.

But neither Titus, who was with me, being a Greek, was compelled to be circumcised:

Stand fast therefore in the liberty wherewith Christ hath made us free, and be not entangled again with the yoke of bondage.

For in Jesus Christ neither circumcision availeth any thing, nor uncircumcision; but faith which worketh by love.

Whose end is destruction, whose God is their belly, and whose glory is in their shame, who mind earthly things.)

For the time will come when they will not endure sound doctrine; but after their own lusts shall they heap to themselves teachers, having itching ears;

Alexander the coppersmith did me much evil: the Lord reward him according to his works:

They profess that they know God; but in works they deny him, being abominable, and disobedient, and unto every good work reprobate.

But it is happened unto them according to the true proverb, The dog is turned to his own vomit again; and the sow that was washed to her wallowing in the mire.

I know thy works, and tribulation, and poverty, (but thou art rich) and I know the blasphemy of them which say they are Jews, and are not, but are the synagogue of Satan.

But the fearful, and unbelieving, and the abominable, and murderers, and whoremongers, and sorcerers, and idolaters, and all liars, shall have their part in the lake which burneth with fire and brimstone: which is the second death.