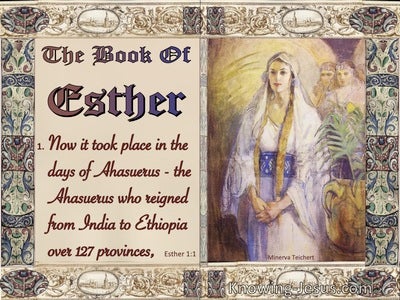 Now an angel of the Lord told Philip, "Get up and go south on the road that leads from Jerusalem to Gaza. This is a deserted road."

"Ethiopia, Libya, descendants of Lud, all those who have mixed themselves, and Libya along with everyone in the land of Israel who is in league with them will die violently."'"

"I will put up signs among them, and from them I will send survivors to the nations to Tarshish, Libya, and Lydia, (who draw the bow), to Tubal and Greece, to the far off coastlands that have not heard of my fame or seen my glory. Then they will proclaim my glory among the nations.

with 1,200 chariots and 60,000 cavalry. The Lubim, Sukkiim, and the Ethiopians who invaded from Egypt with Shishak were innumerable.

Weren't the Ethiopians and the Libyans a vast army with many chariots and cavalry? Yet because you relied on the LORD, he gave them into your control!

The name of the second river is Gihon it winds through the entire land of Cush.

When he heard that it was being said about King Tirhakah of Ethiopia, "Look! He has come out to attack you!" he again sent messengers to Hezekiah.

Esther 1:1
Verse Concepts
Times Of PeopleA Hundred And Some
Provinces

This is a record of what happened during the reign of Ahasuerus, the Ahasuerus who ruled over 127 provinces from India to Cush.

Esther 8:9
Verse Concepts
AlphabetMonth 3
A Hundred And Some

It can neither be compared with the topaz of Ethiopia nor valued in comparison to pure gold."

Envoys will come from Egypt. Let the Ethiopians stretch out their hands to God.

I will mention Rahab and Babylon among those who acknowledge me including Philistia, Tyre, and Ethiopia "This one was born there," they say.

Woe to the land of whirring wings that is beyond the rivers of Cush,

Then the LORD said, "Just as my servant Isaiah has walked around naked and barefoot for three years as a sign and a warning for Egypt and Ethiopia,

so the king of Assyria will lead away the Egyptian captives and exiles from Cush, both the young and the old, naked and barefoot with even their buttocks uncovered to the shame of Egypt.

Then they will be dismayed and put to shame because of Cush, their hope, and Egypt, their jewel.

Now King Sennacherib had received this report concerning King Tirhakah of Cush: "He has marched out to fight against you."

Isaiah 43:3
Verse Concepts
I Will Be Their GodExchange Of Nations
liberationEthiopia

"I am the LORD your God, the Holy One of Israel, your Redeemer And I've given Egypt as your ransom, Cush and the people of Seba in exchange for you.

This is what the LORD says: "The wealth of Egypt, and the merchandise of Ethiopia, those Sabeans, men of great heights. They'll come over to you and will be yours; They'll trudge behind you coming over in chains, they'll bow down to you. They'll plead with you, "Surely God is in you; and there is no other God at all.'"

therefore watch out! I'm coming to get you! I'm going to attack your waterways, and then I'm going to make the land of Egypt a total wasteland from the Aswan fortress to the border of Ethiopia!

War will come to Egypt, and Ethiopia will be in anguish when the slain fall in Egypt, when her wealth is carried off, and her foundations are demolished.