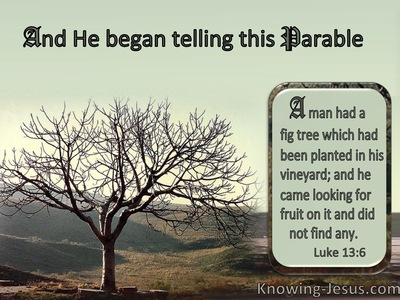 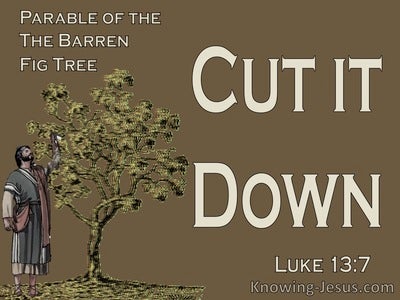 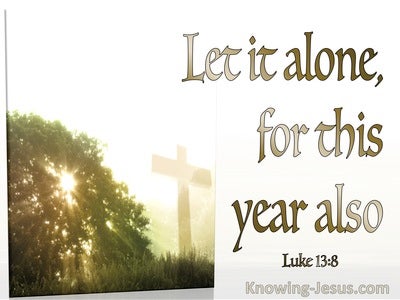 For, behold, we were binding sheaves in the field, and, behold, my sheaf arose and also stood upright; and, behold, your sheaves stood round about and made obeisance to my sheaf.

And He spoke this parable: A certain man had a fig tree planted in his vineyard, and he came and sought fruit upon it and found none. Then he said unto the dresser of his vineyard, Behold, these three years I come seeking fruit on this fig tree and find none; cut it down; why does it cumber the ground? And he, answering, said unto him, Lord, let it alone this year also until I shall dig about it and dung it,read more.
and if it bears fruit, well; and if not, then after that thou shalt cut it down.

And she went and came and gleaned in the field after the reapers, and it came to pass that her lot was to light on a part of the field belonging unto Boaz, who was of the kindred of Elimelech.

Does the plowman plow all day to sow? does he open and break the clods of his ground?

Thus hath the Lord GOD showed unto me, and, behold, he formed grasshoppers in the beginning of the shooting up of the latter hay; and, behold that the latter hay grew after the king's reapings.

Zain She considered the inheritance and bought it; with the fruit of her hands she planted a vineyard.

and a messenger came unto Job and said, The oxen were plowing, and the asses feeding beside them;

And I will lay it waste; it shall not be pruned, nor hoed; but briers and thorns shall come up there; I will even command the clouds that they rain no rain upon it.

and he had fenced it and gathered out the stones thereof and planted it with the choicest vine and built a tower in the midst of it and also made a winepress therein; and he looked that it should bring forth grapes, and it brought forth wild grapes.

When fires are lit and in burning the thorns burn also the stacks of sheaves or the standing grain, or the field is consumed; he that kindled the fire shall surely make restitution.

And the angel of the LORD came and sat under the oak which was in Ophrah that pertained unto Joash, the Abiezrite, and his son Gideon threshed wheat in the winepress, to hide it from the Midianites.

In those days I saw in Judah some treading wine presses on the sabbath and bringing in sheaves and lading asses with wine, grapes, figs, and all manner of burdens, which they brought into Jerusalem on the sabbath day; and I protested unto them the day in which they sold the food.

And now is not Boaz of our kindred with whose maidens thou wast? Behold, he winnows barley tonight in the threshing floor.