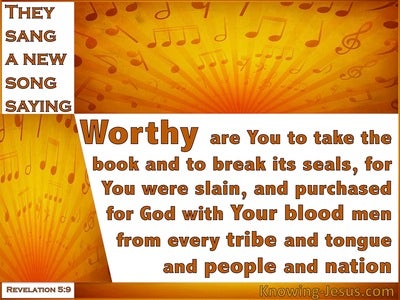 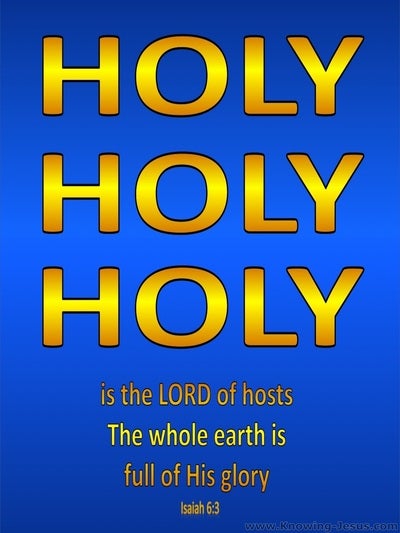 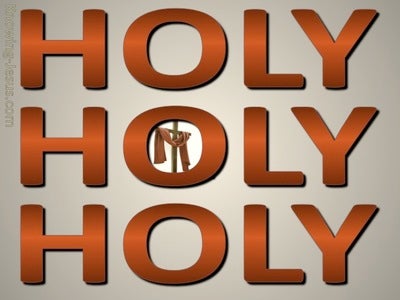 Bless the LORD, ye his angels, valiant and strong, that do his commandments, hearkening unto the voice of his word.

And the four animals had each of them six wings about him, and they were full of eyes within, and they did not cease day or night, saying, Holy, holy, holy, the Lord God Almighty, who was and is and is to come.

And when he had taken the book, the four animals and the twenty-four elders fell on their faces before the Lamb, each one of them having harps, and golden vials full of incense, which are the prayers of saints. And they sang a new song, saying, Thou art worthy to take the book and to open its seals, for thou wast slain and hast redeemed us unto God by thy blood, out of every kindred and tongue and people and nation and hast made us unto our God kings and priests, and we shall reign on the earth.

And all the angels stood round about the throne and about the elders and the four animals; and they fell upon their faces before the throne and worshipped God, saying, Amen: The blessing and the glory and the wisdom and the thanksgiving and the honour and the power and the might, be unto our God for ever and ever. Amen.

And suddenly there was with the angel a multitude of the heavenly host praising God and saying,

And the twenty-four elders and the four animals fell upon their faces and worshipped God that was seated upon the throne, saying, Amen! Halelu-JAH!