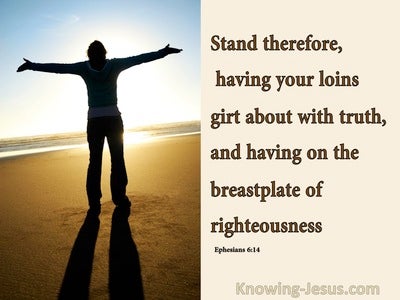 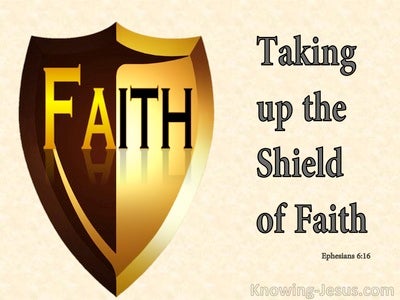 The staff of his spear was like a weaver's beam; and his spear's head [weighed] six hundred shekels of iron: and his shield bearer went before him.

Saul dressed David with his clothing. He put a helmet of brass on his head, and he clad him with a coat of mail.

He had a helmet of brass on his head, and he was clad with a coat of mail; and the weight of the coat was five thousand shekels of brass.

He had brass shin armor on his legs, and a javelin of brass between his shoulders.

Harness the horses, and get up, you horsemen, and stand forth with your helmets; furbish the spears, put on the coats of mail.

Uzziah prepared for them, even for all the army, shields, and spears, and helmets, and coats of mail, and bows, and stones for slinging.

When they were at the great stone which is in Gibeon, Amasa came to meet them. Joab was clothed in his apparel of war that he had put on, and on it was a sash with a sword fastened on his waist in its sheath; and as he went forth it fell out.

Stand therefore, having the utility belt of truth buckled around your waist, and having put on the breastplate of righteousness,

Jonathan stripped himself of the robe that was on him, and gave it to David, and his clothing, even to his sword, and to his bow, and to his sash.

Joab said to the man who told him, "Behold, you saw it, and why didn't you strike him there to the ground? I would have given you ten pieces of silver, and a sash."

Persia, Cush, and Put with them, all of them with shield and helmet;

Prepare the buckler and shield, and draw near to battle!

In every city [he put] shields and spears, and made them exceeding strong. Judah and Benjamin belonged to him.

He took courage, and built up all the wall that was broken down, and raised [it] up to the towers, and the other wall outside, and strengthened Millo [in] the city of David, and made weapons and shields in abundance.

It happened from that time forth, that half of my servants worked in the work, and half of them held the spears, the shields, and the bows, and the coats of mail; and the rulers were behind all the house of Judah.

above all, taking up the shield of faith, with which you will be able to quench all the fiery darts of the evil one.