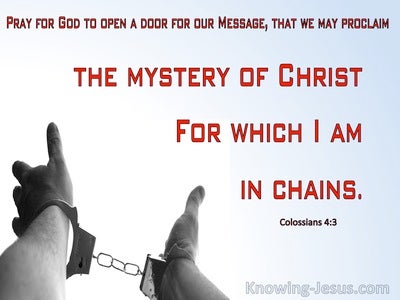 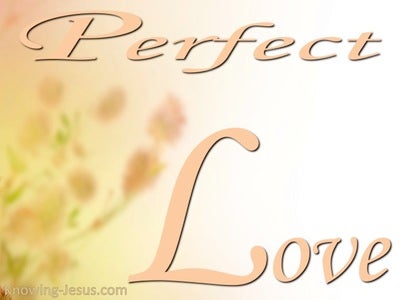 So when the people had gathered, Pilate asked them, "Which man do you want me to release for you Barabbas, or Jesus who is called "the Messiah'?"

While they were worshiping the Lord and fasting, the Holy Spirit said, "Set Barnabas and Saul apart for me to do the work for which I called them."

Instead, test everything. Hold on to what is good.

He had two wives; the name of one was Hannah and the name of the other was Peninnah. Peninnah had children, but Hannah had no children.

At the same time also pray for us that God would open before us a door for the word so that we may tell the secret about the Messiah, for which I have been imprisoned.

In Joppa there was a disciple named Tabitha, which in Greek is Dorcas. She was known for her good actions and acts of charity that she was always doing.

As a result, they both understood what they had done, and they became aware that they were naked. So they sewed fig leaves together and made loincloths for themselves.

The officials went to the king in the courtyard, but they deposited the scroll in the office of Elishama the scribe. Then they reported everything written on the scroll to the king.

"As I live," declares the Lord GOD, "your sister Sodom and her daughters didn't do what you and your daughters have done.

Me-jarkon, and Rakkon at the border near Joppa.

When the Israelis saw it, they asked one another, "What is it?", because they did not know what it was.

Paul also went to Derbe and Lystra, where there was a disciple named Timothy, the son of a believing Jewish wife whose husband was a Greek.

Jesus did this, the first of his signs, in Cana of Galilee. He revealed his glory, and his disciples believed in him.

Never be lazy in showing such devotion. Be on fire with the Spirit. Serve the Lord.

There is no fear where love exists. Rather, perfect love banishes fear, for fear involves punishment, and the person who lives in fear has not been perfected in love.