6 Bible Verses about Cherubim, Description of 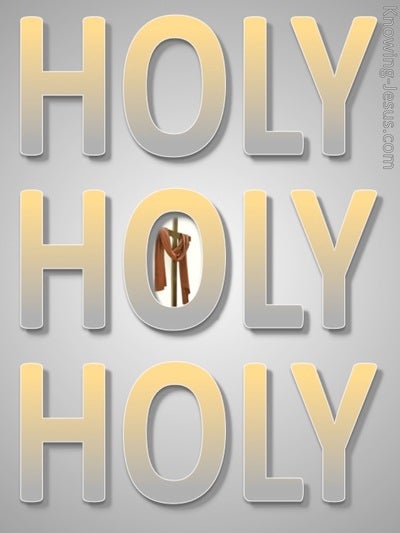 And I looked, and look! A storm wind [was] coming from the north, a great cloud, and fire flashing back and forth, and brightness around [and] {within it}, and from its midst [it was] like [the] outward appearance of amber stone from the midst of the fire. And from its midst [was] the likeness of four living creatures, and this [was] their appearance: {a human form}, and {each had four faces}, and {each of them had four wings}.read more.
And their legs [were] straight legs, and the sole of their feet [was] like the sole of [the] foot of a calf, and [they] were sparkling like the outward appearance of polished bronze. And under their wings [were] {human hands} on their four sides. And their faces and their wings for the four of them [were as follows]: {their wings were touching one another}; {each of them went straight forward}, {without turning right or left}. The likeness of their faces [was the] face of a human [in front], and [the] face of a lion on the right {of each of them}, and the face of an ox on the left {of each of them}, and [the] face of an eagle {for each of them}. So [were] their faces; their wings [were] spread out {upward}; each [had] two touching one another and two covering their bodies. And each {went straight forward}; {wherever the spirit went} they went, [and] {they did not turn as they went}. As for the likeness of the living creatures, their appearance [was] like burning coals of fire, like the appearance of torches. It [was] moving to and fro between the living creatures, and {the fire was very bright} and lightning [was] going out from the fire. And the living creatures {were speeding to and fro} like the appearance of lightning.

And the likeness of their faces, they [were] the faces that I saw at the {Kebar River}; [thus was] their appearance, and they each went {straight ahead}. And [the] Spirit lifted me up, and it brought me to the eastern gate, the one facing east, of the temple of Yahweh. And look, there were twenty-five men in the doorway of the gate, and I saw Jaazaniah the son of Azzur in the midst of them, and Pelatiah the son of Benaiah, the commanders of the people. And he said to me, "Son of man, these [are] the men {who devise mischief}, and [who are] offering bad counsel in this city,

And the sound of the wings of the cherubim was heard {as far as} the outer courtyard; [it was] like the voice of God Shaddai {when he speaks}.

So he drove the man out, and placed cherubim east of the garden of Eden, and {a flaming, turning sword} to guard the way to the tree of life.