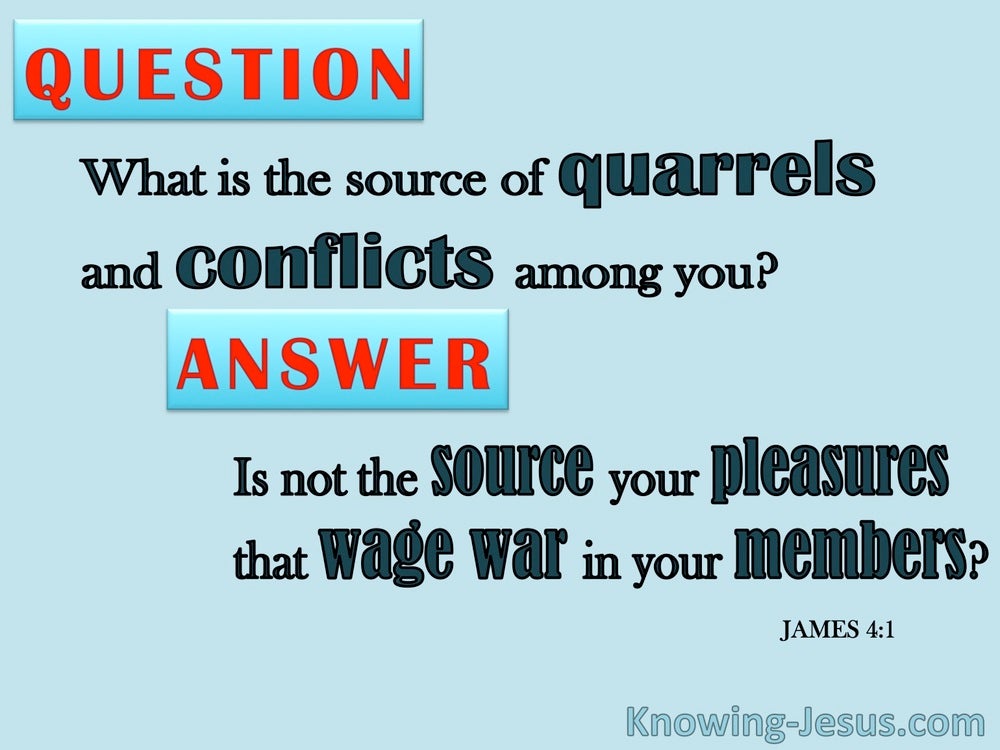 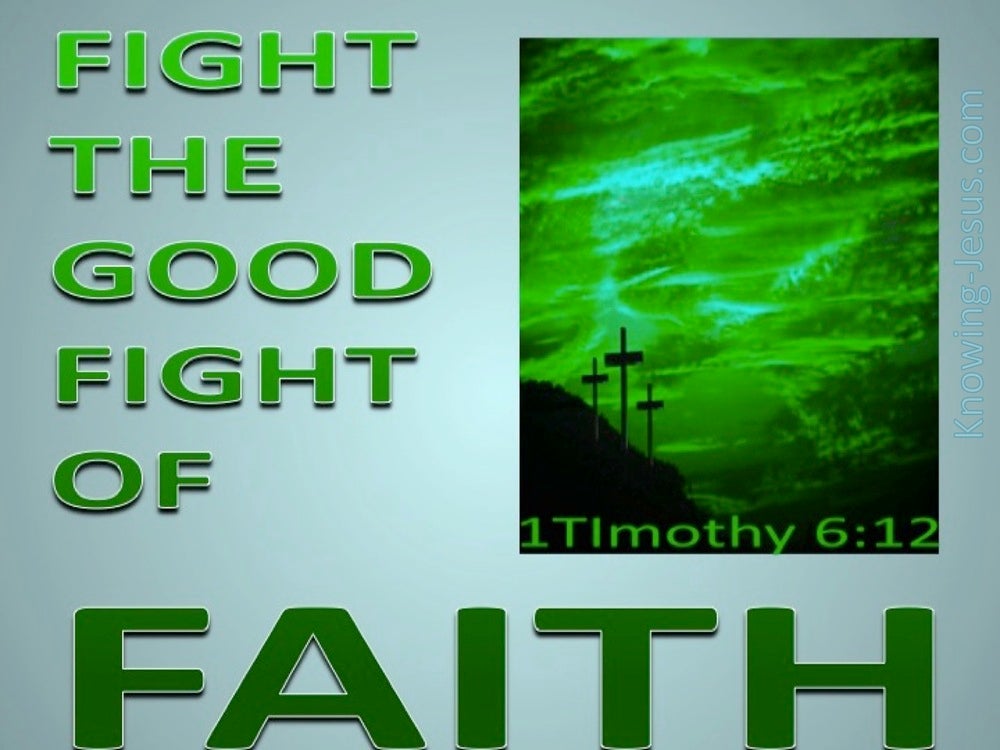 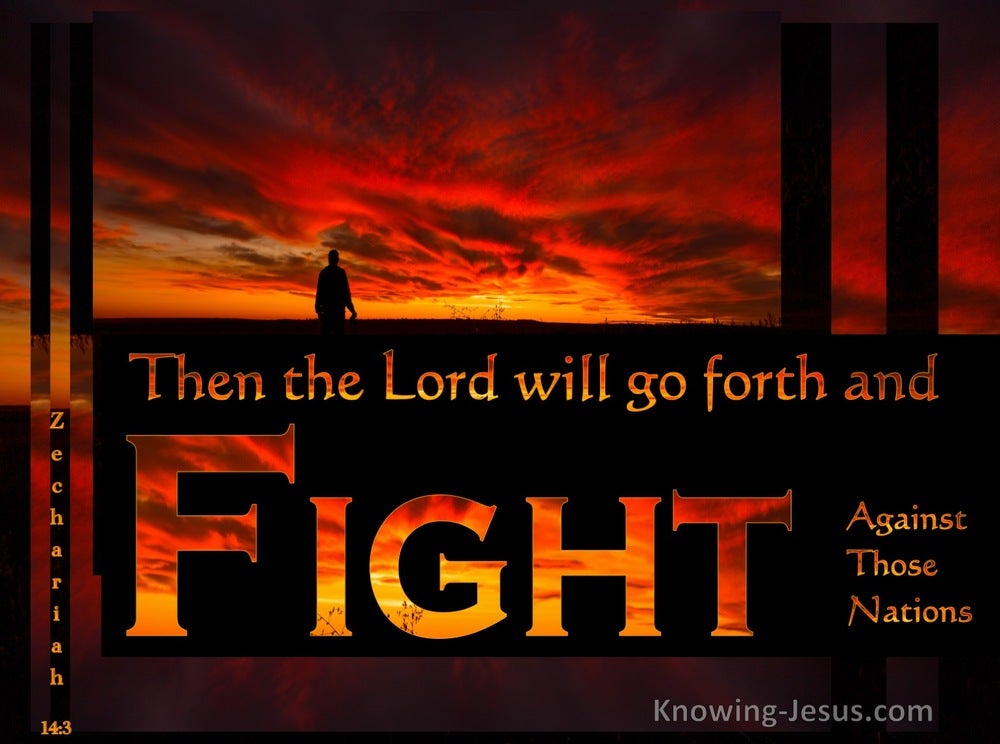 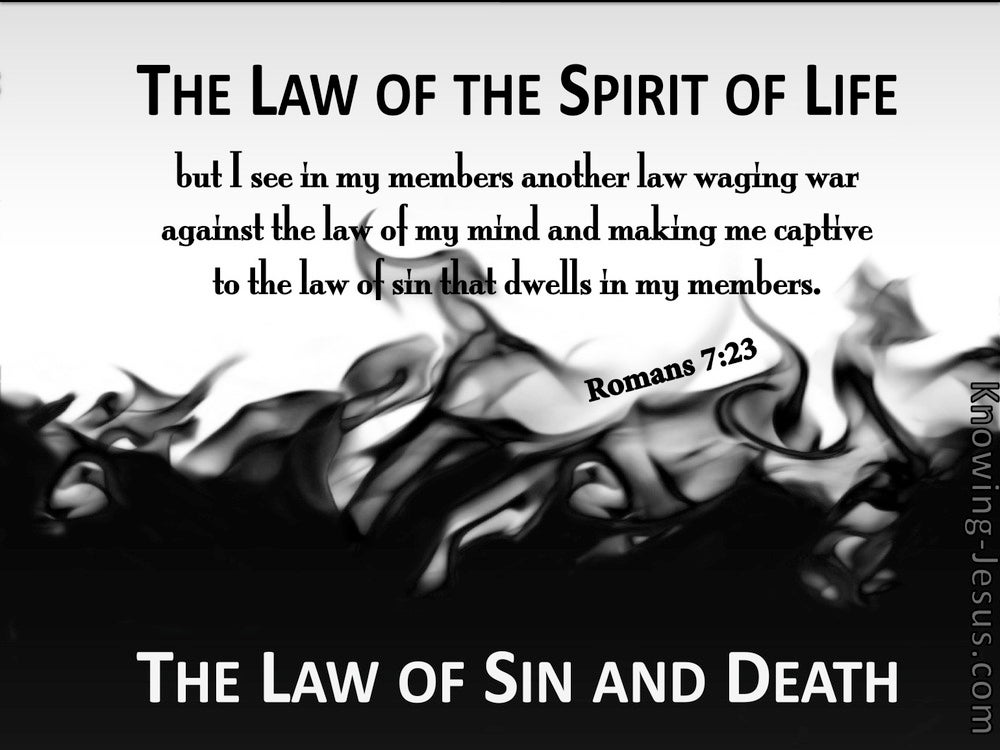 What is the source of quarrels and conflicts among you? Is not the source your pleasures that wage war in your members?

But refuse foolish and ignorant speculations, knowing that they produce quarrels.

For the flesh sets its desire against the Spirit, and the Spirit against the flesh; for these are in opposition to one another, so that you may not do the things that you please.

Which I have reserved for the time of distress,
For the day of war and battle?

Colossians 2:1
Verse Concepts
struggleStrugglesConverts To Christianity
Not Seeing PeopleUnseenBeing Earnest For The Church

For I want you to know how great a struggle I have on your behalf and for those who are at Laodicea, and for all those who have not personally seen my face,

experiencing the same conflict which you saw in me, and now hear to be in me.

Then the Lord will go forth and fight against those nations, as when He fights on a day of battle.

but I see a different law in the members of my body, waging war against the law of my mind and making me a prisoner of the law of sin which is in my members.

Does any one of you, when he has a case against his neighbor, dare to go to law before the unrighteous and not before the saints?

But remember the former days, when, after being enlightened, you endured a great conflict of sufferings,

For there must also be factions among you, so that those who are approved may become evident among you.

But if he does not listen to you, take one or two more with you, so that by the mouth of two or three witnesses every fact may be confirmed.

Through insolence comes nothing but strife,
But wisdom is with those who receive counsel.

Woe to me, my mother, that you have borne me
As a man of strife and a man of contention to all the land!
I have not lent, nor have men lent money to me,
Yet everyone curses me.

So Abram said to Lot, “Please let there be no strife between you and me, nor between my herdsmen and your herdsmen, for we are brothers.

For even when we came into Macedonia our flesh had no rest, but we were afflicted on every side: conflicts without, fears within.

But if you marry, you have not sinned; and if a virgin marries, she has not sinned. Yet such will have trouble in this life, and I am trying to spare you.

Like one who takes a dog by the ears
Is he who passes by and meddles with strife not belonging to him.

Better is a dry morsel and quietness with it
Than a house full of feasting with strife.

Confuse, O Lord, divide their tongues,
For I have seen violence and strife in the city.

but after we had already suffered and been mistreated in Philippi, as you know, we had the boldness in our God to speak to you the gospel of God amid much opposition.

leave your offering there before the altar and go; first be reconciled to your brother, and then come and present your offering.

For lack of wood the fire goes out,
And where there is no whisperer, contention quiets down.

You have delivered me from the contentions of the people;
You have placed me as head of the nations;
A people whom I have not known serve me.

An arrogant man stirs up strife,
But he who trusts in the Lord will prosper.

But Peter and the apostles answered, “We must obey God rather than men.

Keeping away from strife is an honor for a man,
But any fool will quarrel.

“I set a snare for you and you were also caught, O Babylon,
While you yourself were not aware;
You have been found and also seized
Because you have engaged in conflict with the Lord.”

An angry man stirs up strife,
And a hot-tempered man abounds in transgression.

Wretched man that I am! Who will set me free from the body of this death?

Hatred stirs up strife,
But love covers all transgressions.

And being in agony He was praying very fervently; and His sweat became like drops of blood, falling down upon the ground.

A false witness who utters lies,
And one who spreads strife among brothers.

Now these are the ones who came to David at Ziklag, while he was still restricted because of Saul the son of Kish; and they were among the mighty men who helped him in war.

Then Asa called to the Lord his God and said, “Lord, there is no one besides You to help in the battle between the powerful and those who have no strength; so help us, O Lord our God, for we trust in You, and in Your name have come against this multitude. O Lord, You are our God; let not man prevail against You.”

The sons of Ephraim were archers equipped with bows,
Yet they turned back in the day of battle.

You shall not show partiality in judgment; you shall hear the small and the great alike. You shall not fear man, for the judgment is God’s. The case that is too hard for you, you shall bring to me, and I will hear it.’

and constant friction between men of depraved mind and deprived of the truth, who suppose that godliness is a means of gain.

Who with perversity in his heart continually devises evil,
Who spreads strife.

“You shall not move your neighbor’s boundary mark, which the ancestors have set, in your inheritance which you will inherit in the land that the Lord your God gives you to possess.

Fasting » Instances of » Of the israelites » Conflict » tribe of Benjamin

Now Abner the son of Ner, went out from Mahanaim to Gibeon with the servants of Ish-bosheth the son of Saul. And Joab the son of Zeruiah and the servants of David went out and met them by the pool of Gibeon; and they sat down, one on the one side of the pool and the other on the other side of the pool. Then Abner said to Joab, "Now let the young men arise and hold a contest before us." And Joab said, "Let them arise." read more.
So they arose and went over by count, twelve for Benjamin and Ish-bosheth the son of Saul, and twelve of the servants of David. Each one of them seized his opponent by the head and thrust his sword in his opponent's side; so they fell down together. Therefore that place was called Helkath-hazzurim, which is in Gibeon. That day the battle was very severe, and Abner and the men of Israel were beaten before the servants of David. Now the three sons of Zeruiah were there, Joab and Abishai and Asahel; and Asahel was as swift-footed as one of the gazelles which is in the field. Asahel pursued Abner and did not turn to the right or to the left from following Abner. Then Abner looked behind him and said, "Is that you, Asahel?" And he answered, "It is I." So Abner said to him, "Turn to your right or to your left, and take hold of one of the young men for yourself, and take for yourself his spoil." But Asahel was not willing to turn aside from following him. Abner repeated again to Asahel, "Turn aside from following me. Why should I strike you to the ground? How then could I lift up my face to your brother Joab?" However, he refused to turn aside; therefore Abner struck him in the belly with the butt end of the spear, so that the spear came out at his back. And he fell there and died on the spot. And it came about that all who came to the place where Asahel had fallen and died, stood still. But Joab and Abishai pursued Abner, and when the sun was going down, they came to the hill of Ammah, which is in front of Giah by the way of the wilderness of Gibeon. The sons of Benjamin gathered together behind Abner and became one band, and they stood on the top of a certain hill. Then Abner called to Joab and said, "Shall the sword devour forever? Do you not know that it will be bitter in the end? How long will you refrain from telling the people to turn back from following their brothers?" Joab said, "As God lives, if you had not spoken, surely then the people would have gone away in the morning, each from following his brother." So Joab blew the trumpet; and all the people halted and pursued Israel no longer, nor did they continue to fight anymore. Abner and his men then went through the Arabah all that night; so they crossed the Jordan, walked all morning, and came to Mahanaim. Then Joab returned from following Abner; when he had gathered all the people together, nineteen of David's servants besides Asahel were missing. But the servants of David had struck down many of Benjamin and Abner's men, so that three hundred and sixty men died. And they took up Asahel and buried him in his father's tomb which was in Bethlehem. Then Joab and his men went all night until the day dawned at Hebron.