31 Bible Verses about During One Night 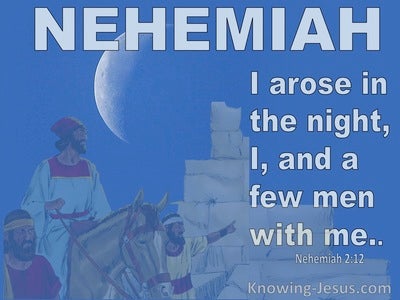 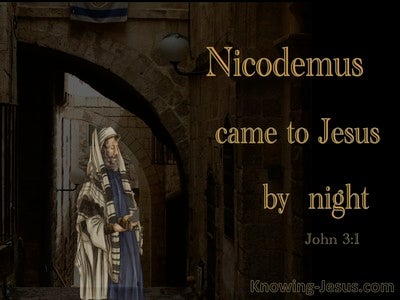 The Lord said to Paul by a vision in the night, "Do not be afraid, but speak and do not be silent,

Then, during the night, Abram divided his forces against them and defeated them. He chased them as far as Hobah, which is north of Damascus.

Joram crossed over to Zair with all his chariots. The Edomites, who had surrounded him, attacked at night and defeated him and his chariot officers. The Israelite army retreated to their homeland.

During the night Jacob quickly took his two wives, his two female servants, and his eleven sons and crossed the ford of the Jabbok.

One night in Gibeon the Lord appeared to Solomon in a dream. God said, "Tell me what I should give you."

Pharaoh summoned Moses and Aaron in the night and said, "Get up, get out from among my people, both you and the Israelites! Go, serve the Lord as you have requested!

Observe the month Abib and keep the Passover to the Lord your God, for in that month he brought you out of Egypt by night.

So Gideon took ten of his servants and did just as the Lord had told him. He was too afraid of his father's family and the men of the city to do it in broad daylight, so he waited until nighttime.

So Saul disguised himself and put on other clothing and left, accompanied by two of his men. They came to the woman at night and said, "Use your ritual pit to conjure up for me the one I tell you."

The king got up in the night and said to his advisers, "I will tell you what the Syrians have done to us. They know we are starving, so they left the camp and hid in the field, thinking, 'When they come out of the city, we will capture them alive and enter the city.'"

The enemy broke through the city walls, and all the soldiers tried to escape. They left the city during the night. They went through the gate between the two walls that is near the king's garden. (The Babylonians were all around the city.) Then they headed for the Jordan Valley.

Nehemiah 2:12
Verse Concepts
Those Who Did Not TellHeart, And Holy Spirit
Riding Horses

I got up during the night, along with a few men who were with me. But I did not tell anyone what my God was putting on my heart to do for Jerusalem. There were no animals with me, except for the one I was riding.

I proceeded through the Valley Gate by night, in the direction of the Well of the Dragons and the Dung Gate, inspecting the walls of Jerusalem that had been breached and its gates that had been destroyed by fire.

I continued up the valley during the night, inspecting the wall. Then I turned back and came to the Valley Gate, and so returned.

Then he got up, took the child and his mother during the night, and went to Egypt.

came to Jesus at night and said to him, "Rabbi, we know that you are a teacher who has come from God. For no one could perform the miraculous signs that you do unless God is with him."

Nicodemus, the man who had previously come to Jesus at night, accompanied Joseph, carrying a mixture of myrrh and aloes weighing about seventy-five pounds.

Judas took the piece of bread and went out immediately. (Now it was night.)

telling them, "You are to say, 'His disciples came at night and stole his body while we were asleep.'

But his disciples took him at night and let him down through an opening in the wall by lowering him in a basket.

The brothers sent Paul and Silas off to Berea at once, during the night. When they arrived, they went to the Jewish synagogue.

So the soldiers, in accordance with their orders, took Paul and brought him to Antipatris during the night.

Saul sent messengers to David's house to guard it and to kill him in the morning. Then David's wife Michal told him, "If you do not save yourself tonight, tomorrow you will be dead!"

Then Jesus said to them, "This night you will all fall away because of me, for it is written: 'I will strike the shepherd, and the sheep of the flock will be scattered.'

Jesus said to him, "I tell you the truth, on this night, before the rooster crows, you will deny me three times."

I tell you, in that night there will be two people in one bed; one will be taken and the other left.

But during the night an angel of the Lord opened the doors of the prison, led them out, and said,

On that very night before Herod was going to bring him out for trial, Peter was sleeping between two soldiers, bound with two chains, while guards in front of the door were keeping watch over the prison.

Jesus said to him, "I tell you the truth, today -- this very night -- before a rooster crows twice, you will deny me three times."

But God said to him, 'You fool! This very night your life will be demanded back from you, but who will get what you have prepared for yourself?'