66 Bible Verses about evil, origins of 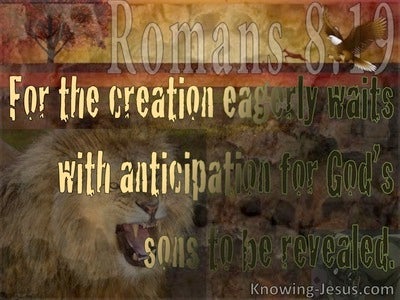 Now the serpent was more shrewd than any of the wild animals that the Lord God had made. He said to the woman, "Is it really true that God said, 'You must not eat from any tree of the orchard'?"

So that huge dragon -- the ancient serpent, the one called the devil and Satan, who deceives the whole world -- was thrown down to the earth, and his angels along with him.

Then Jesus was led by the Spirit into the wilderness to be tempted by the devil.

He was in the wilderness forty days, enduring temptations from Satan. He was with wild animals, and angels were ministering to his needs.

where for forty days he endured temptations from the devil. He ate nothing during those days, and when they were completed, he was famished.

You people are from your father the devil, and you want to do what your father desires. He was a murderer from the beginning, and does not uphold the truth, because there is no truth in him. Whenever he lies, he speaks according to his own nature, because he is a liar and the father of lies.

The one who practices sin is of the devil, because the devil has been sinning from the beginning. For this purpose the Son of God was revealed: to destroy the works of the devil.

1 Chronicles 21:1
Verse Concepts
RosesTemptation, Sources OfNames And Titles For SatanSatan, Work Of
Inciting To EvilCensusSatan, As The Enemy Of God

An adversary opposed Israel, inciting David to count how many warriors Israel had.

But extend your hand and strike everything he has, and he will no doubt curse you to your face!"

But extend your hand and strike his bone and his flesh, and he will no doubt curse you to your face!"

And do not lead us into temptation, but deliver us from the evil one.

Then shouldn't this woman, a daughter of Abraham whom Satan bound for eighteen long years, be released from this imprisonment on the Sabbath day?"

The evening meal was in progress, and the devil had already put into the heart of Judas Iscariot, Simon's son, that he should betray Jesus.

I am not asking you to take them out of the world, but that you keep them safe from the evil one.

But Peter said, "Ananias, why has Satan filled your heart to lie to the Holy Spirit and keep back for yourself part of the proceeds from the sale of the land?

among whom the god of this age has blinded the minds of those who do not believe so they would not see the light of the glorious gospel of Christ, who is the image of God.

Clothe yourselves with the full armor of God so that you may be able to stand against the schemes of the devil.

For we wanted to come to you (I, Paul, in fact tried again and again) but Satan thwarted us.

Be sober and alert. Your enemy the devil, like a roaring lion, is on the prowl looking for someone to devour.

1 John 5:19
Verse Concepts
Other People Of GodThe World Without GodwickednessGod Being In ControlThe WorldThe Devillieing
Marriages, Believers With UnbelieversKnowing About God's KingdomControlCivilizationCommitment, to the worldSatan, Kingdom OfSociety, Negative Aspects Of

We know that we are from God, and the whole world lies in the power of the evil one.

Do not be afraid of the things you are about to suffer. The devil is about to have some of you thrown into prison so you may be tested, and you will experience suffering for ten days. Remain faithful even to the point of death, and I will give you the crown that is life itself.

He seized the dragon -- the ancient serpent, who is the devil and Satan -- and tied him up for a thousand years.

A spirit seizes him, and he suddenly screams; it throws him into convulsions and causes him to foam at the mouth. It hardly ever leaves him alone, torturing him severely.

A member of the crowd said to him, "Teacher, I brought you my son, who is possessed by a spirit that makes him mute. Whenever it seizes him, it throws him down, and he foams at the mouth, grinds his teeth, and becomes rigid. I asked your disciples to cast it out, but they were not able to do so."

Now the Spirit explicitly says that in the later times some will desert the faith and occupy themselves with deceiving spirits and demonic teachings,

Judges 9:23
Verse Concepts
Those Who Deceivedevil, victory over
Spirits

Now the Spirit of the Lord had turned away from Saul, and an evil spirit from the Lord tormented him.

The next day an evil spirit from God rushed upon Saul and he prophesied within his house. Now David was playing the lyre that day. There was a spear in Saul's hand, and Saul threw the spear, thinking, "I'll nail David to the wall!" But David escaped from him on two different occasions.

Then an evil spirit from the Lord came upon Saul. He was sitting in his house with his spear in his hand, while David was playing the lyre. Saul tried to nail David to the wall with the spear, but he escaped from Saul's presence and the spear drove into the wall. David escaped quickly that night.

Then it goes and brings with it seven other spirits more evil than itself, and they go in and live there, so the last state of that person is worse than the first. It will be that way for this evil generation as well!"

Then it goes and brings seven other spirits more evil than itself, and they go in and live there, so the last state of that person is worse than the first."

But the Lord saw that the wickedness of humankind had become great on the earth. Every inclination of the thoughts of their minds was only evil all the time.

Let no one say when he is tempted, "I am tempted by God," for God cannot be tempted by evil, and he himself tempts no one. But each one is tempted when he is lured and enticed by his own desires.

And the Lord smelled the soothing aroma and said to himself, "I will never again curse the ground because of humankind, even though the inclination of their minds is evil from childhood on. I will never again destroy everything that lives, as I have just done.

a heart that devises wicked plans, feet that are swift to run to evil,

They are eager to do evil, quick to shed innocent blood. Their thoughts are sinful; they crush and destroy.

"Oh people of Jerusalem, purify your hearts from evil so that you may yet be delivered. How long will you continue to harbor up wicked schemes within you?

The human mind is more deceitful than anything else. It is incurably bad. Who can understand it?

But they just keep saying, 'We do not care what you say! We will do whatever we want to do! We will continue to behave wickedly and stubbornly!'"

"Woe to you, experts in the law and you Pharisees, hypocrites! You clean the outside of the cup and the dish, but inside they are full of greed and self-indulgence.

But the Lord said to him, "Now you Pharisees clean the outside of the cup and the plate, but inside you are full of greed and wickedness.

"Woe to you, experts in the law and you Pharisees, hypocrites! You are like whitewashed tombs that look beautiful on the outside but inside are full of the bones of the dead and of everything unclean. In the same way, on the outside you look righteous to people, but inside you are full of hypocrisy and lawlessness.

Therefore God gave them over in the desires of their hearts to impurity, to dishonor their bodies among themselves.

For the love of money is the root of all evils. Some people in reaching for it have strayed from the faith and stabbed themselves with many pains.

And the tongue is a fire! The tongue represents the world of wrongdoing among the parts of our bodies. It pollutes the entire body and sets fire to the course of human existence -- and is set on fire by hell.

Where do the conflicts and where do the quarrels among you come from? Is it not from this, from your passions that battle inside you?

But to Adam he said, "Because you obeyed your wife and ate from the tree about which I commanded you, 'You must not eat from it,' cursed is the ground thanks to you; in painful toil you will eat of it all the days of your life.

So then, just as sin entered the world through one man and death through sin, and so death spread to all people because all sinned --

"The Lord will send on you a curse, confusing you and opposing you in everything you undertake until you are destroyed and quickly perish because of the evil of your deeds, in that you have forsaken me. The Lord will plague you with deadly diseases until he has completely removed you from the land you are about to possess. He will afflict you with weakness, fever, inflammation, infection, sword, blight, and mildew; these will attack you until you perish.read more.
The sky above your heads will be bronze and the earth beneath you iron. The Lord will make the rain of your land powder and dust; it will come down on you from the sky until you are destroyed.

You are aware of our sins; you even know about our hidden sins. Yes, throughout all our days we experience your raging fury; the years of our lives pass quickly, like a sigh.

A tranquil spirit revives the body, but envy is rottenness to the bones.

He will encourage fathers and their children to return to me, so that I will not come and strike the earth with judgment."

For the creation eagerly waits for the revelation of the sons of God. For the creation was subjected to futility -- not willingly but because of God who subjected it -- in hope that the creation itself will also be set free from the bondage of decay into the glorious freedom of God's children.

Then I heard a loud voice from the temple declaring to the seven angels: "Go and pour out on the earth the seven bowls containing God's wrath."