7 Bible Verses about Fear, Of Natural 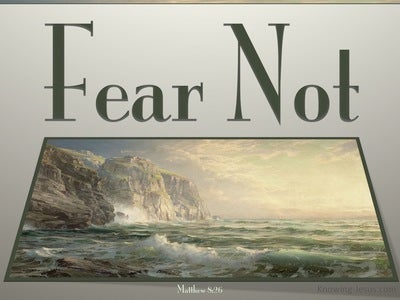 And Yahweh hurled a great wind upon the sea, and it was a great storm on the sea, and the merchant ship {was in danger of breaking up}. And the mariners were afraid, and each cried out to his god. And they threw the {contents} that were in the merchant ship into the sea to lighten it for them. And [meanwhile] Jonah went down into the hold of the vessel and lay down and fell asleep.

At destruction and famine you shall laugh, and you shall not fear the wild animals of the earth.

And [as for] all of the hills that they hoed with the hoe, you will not go there, [for] fear of briers and thornbushes. And it will become like pastureland [for] cattle and overtrodden land [for] sheep.

And he said to them, "Why are you fearful, [you] of little faith?" Then he got up [and] rebuked the winds and the sea and there was a great calm.

And at that hour a great earthquake took place, and a tenth of the city collapsed, and seven thousand {people} were killed by the earthquake, and the rest became terrified and gave glory to the God of heaven.