33 Bible Verses about Fear, Of Unknown 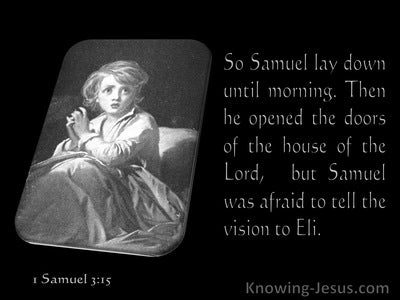 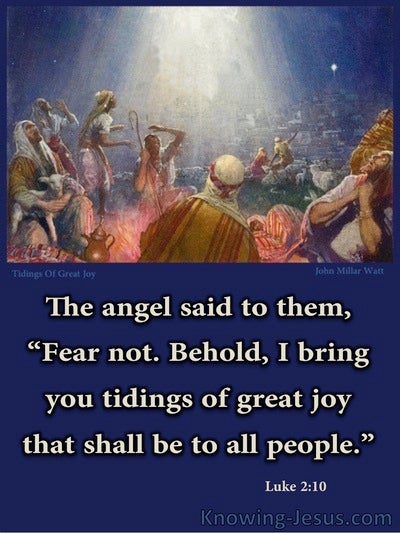 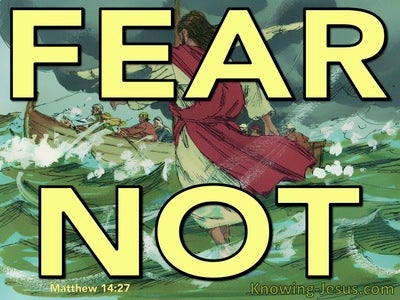 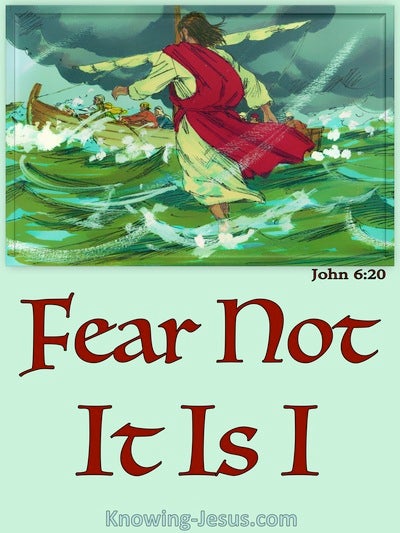 Daniel 4:5
Verse Concepts
Fear Of Other ThingsSleep, Physical
Visions And Dreams In Scripture

I saw a dream which made me afraid; and the thoughts on my bed and the visions of my head troubled me.

He, fastening his eyes on him, and being frightened, said, "What is it, Lord?" He said to him, "Your prayers and your gifts to the needy have gone up for a memorial before God.

1 Samuel 3:15
Verse Concepts
Fear Of IndividualsThose Who Did Not TellThe Act Of Opening
Opening The TempleLying Down To Rest

Samuel lay until the morning, and opened the doors of the house of Yahweh. Samuel feared to show Eli the vision.

In thoughts from the visions of the night, when deep sleep falls on men, fear came on me, and trembling, which made all my bones shake. Then a spirit passed before my face. The hair of my flesh stood up.

My heart flutters. Horror has frightened me. The twilight that I desired has been turned into trembling for me.

So he came near where I stood; and when he came, I was frightened, and fell on my face: but he said to me, Understand, son of man; for the vision belongs to the time of the end.

He said to me, Daniel, you man greatly beloved, understand the words that I speak to you, and stand upright; for am I now sent to you. When he had spoken this word to me, I stood trembling. Then he said to me, Don't be afraid, Daniel; for from the first day that you set your heart to understand, and to humble yourself before your God, your words were heard: and I have come for your words' sake.

But when he thought about these things, behold, an angel of the Lord appeared to him in a dream, saying, "Joseph, son of David, don't be afraid to take to yourself Mary, your wife, for that which is conceived in her is of the Holy Spirit.

For fear of him, the guards shook, and became like dead men.

Zacharias was troubled when he saw him, and fear fell upon him. But the angel said to him, "Don't be afraid, Zacharias, because your request has been heard, and your wife, Elizabeth, will bear you a son, and you shall call his name John.

Behold, an angel of the Lord stood by them, and the glory of the Lord shone around them, and they were terrified. The angel said to them, "Don't be afraid, for behold, I bring you good news of great joy which will be to all the people.

When the disciples saw him walking on the sea, they were troubled, saying, "It's a ghost!" and they cried out for fear. But immediately Jesus spoke to them, saying "Cheer up! It is I! Don't be afraid."

for they all saw him, and were troubled. But he immediately spoke with them, and said to them, "Cheer up! It is I! Don't be afraid."

When therefore they had rowed about twenty-five or thirty stadia, they saw Jesus walking on the sea, and drawing near to the boat; and they were afraid. But he said to them, "It is I. Don't be afraid."

Ananias, hearing these words, fell down and died. Great fear came on all who heard these things.

When Aaron and all the children of Israel saw Moses, behold, the skin of his face shone; and they were afraid to come near him.

(I stood between Yahweh and you at that time, to show you the word of Yahweh: for you were afraid because of the fire, and didn't go up onto the mountain;) saying,

The Philistines were afraid, for they said, "God has come into the camp." They said, "Woe to us! For there has not been such a thing before.

Nehemiah 6:16
Verse Concepts
Self Esteemenemies, of Israel and Judah
Self ConfidenceConfidence And Self Esteem

It happened, when all our enemies heard [of it], that all the nations that were about us feared, and were much cast down in their own eyes; for they perceived that this work was worked of our God.

Then was king Belshazzar greatly troubled, and his face was changed in him, and his lords were perplexed.

Jonah 1:10
Verse Concepts
Knowing FactsjonahsailingBeing Scared
The Presence Of GodWhat Do You Do?CowardiceFleeing From God

Then were the men exceedingly afraid, and said to him, "What is this that you have done?" For the men knew that he was fleeing from the presence of Yahweh, because he had told them.

When the disciples heard it, they fell on their faces, and were very afraid.

Now the centurion, and those who were with him watching Jesus, when they saw the earthquake, and the things that were done, feared exceedingly, saying, "Truly this was the Son of God."

But the woman, fearing and trembling, knowing what had been done to her, came and fell down before him, and told him all the truth.

But they didn't understand the saying, and were afraid to ask him.

They went out, and fled from the tomb, for trembling and astonishment had come on them. They said nothing to anyone; for they were afraid.

and so also were James and John, sons of Zebedee, who were partners with Simon. Jesus said to Simon, "Don't be afraid. From now on you will be catching people alive."

All the people of the surrounding country of the Gadarenes asked him to depart from them, for they were very much afraid. He entered into the boat, and returned.

While he said these things, a cloud came and overshadowed them, and they were afraid as they entered into the cloud.

When therefore Pilate heard this saying, he was more afraid.

Acts 19:17
Verse Concepts
Things ManifestThe Gospel To Jew And GentileMiracles, Responses To
Showing Forth His PraiseHonor

This became known to all, both Jews and Greeks, who lived at Ephesus. Fear fell on them all, and the name of the Lord Jesus was magnified.