68 Bible Verses about Folly, Effects Of 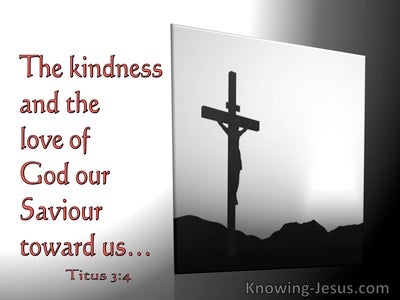 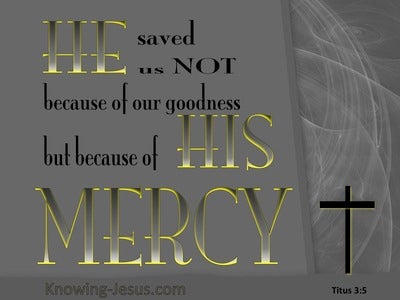 I will hear what God the Lord will say;
For He will speak peace to His people, to His godly ones;
But let them not turn back to folly.

The fear of the Lord is the beginning of wisdom;
A good understanding have all those who do His commandments;
His praise endures forever.

Wisdom shouts in the street,
She lifts her voice in the square;
At the head of the noisy streets she cries out;
At the entrance of the gates in the city she utters her sayings:
“How long, O naive ones, will you love being simple-minded?
And scoffers delight themselves in scoffing
And fools hate knowledge?
read more.
“Turn to my reproof,
Behold, I will pour out my spirit on you;
I will make my words known to you.
“Because I called and you refused,
I stretched out my hand and no one paid attention;
And you neglected all my counsel
And did not want my reproof;
I will also laugh at your calamity;
I will mock when your dread comes,
When your dread comes like a storm
And your calamity comes like a whirlwind,
When distress and anguish come upon you.

Whoever loves discipline loves knowledge,
But he who hates reproof is stupid.

A fool does not delight in understanding,
But only in revealing his own mind.

So then do not be foolish, but understand what the will of the Lord is.

Psalm 92:6
Verse Concepts
Those Who Were IgnorantFools
Fools, Characteristics OfDullness

A senseless man has no knowledge,
Nor does a stupid man understand this:

Then I said, “They are only the poor,
They are foolish;
For they do not know the way of the Lord
Or the ordinance of their God.

But the Lord said to him, “Now you Pharisees clean the outside of the cup and of the platter; but inside of you, you are full of robbery and wickedness. You foolish ones, did not He who made the outside make the inside also?

You fool! That which you sow does not come to life unless it dies;

But refuse foolish and ignorant speculations, knowing that they produce quarrels.

But avoid foolish controversies and genealogies and strife and disputes about the Law, for they are unprofitable and worthless.

‘Now hear this, O foolish and senseless people,
Who have eyes but do not see;
Who have ears but do not hear.
‘Do you not fear Me?’ declares the Lord.
‘Do you not tremble in My presence?
For I have placed the sand as a boundary for the sea,
An eternal decree, so it cannot cross over it.
Though the waves toss, yet they cannot prevail;
Though they roar, yet they cannot cross over it.
‘But this people has a stubborn and rebellious heart;
They have turned aside and departed.
read more.
‘They do not say in their heart,
“Let us now fear the Lord our God,
Who gives rain in its season,
Both the autumn rain and the spring rain,
Who keeps for us
The appointed weeks of the harvest.”
‘Your iniquities have turned these away,
And your sins have withheld good from you.

He who trusts in his own heart is a fool,
But he who walks wisely will be delivered.

The way of a fool is right in his own eyes,
But a wise man is he who listens to counsel.

O God, it is You who knows my folly,
And my wrongs are not hidden from You.

A prudent man conceals knowledge,
But the heart of fools proclaims folly.

Every prudent man acts with knowledge,
But a fool displays folly.

The tongue of the wise makes knowledge acceptable,
But the mouth of fools spouts folly.

But they will not make further progress; for their folly will be obvious to all, just as Jannes’s and Jambres’s folly was also.

The wisdom of the sensible is to understand his way,
But the foolishness of fools is deceit.

The naive believes everything,
But the sensible man considers his steps.

And I saw among the naive,
And discerned among the youths
A young man lacking sense,
Passing through the street near her corner;
And he takes the way to her house,
In the twilight, in the evening,
In the middle of the night and in the darkness.
read more.
And behold, a woman comes to meet him,
Dressed as a harlot and cunning of heart.
She is boisterous and rebellious,
Her feet do not remain at home;
She is now in the streets, now in the squares,
And lurks by every corner.
So she seizes him and kisses him
And with a brazen face she says to him:
“I was due to offer peace offerings;
Today I have paid my vows.
“Therefore I have come out to meet you,
To seek your presence earnestly, and I have found you.
“I have spread my couch with coverings,
With colored linens of Egypt.
“I have sprinkled my bed
With myrrh, aloes and cinnamon.
“Come, let us drink our fill of love until morning;
Let us delight ourselves with caresses.
“For my husband is not at home,
He has gone on a long journey;
He has taken a bag of money with him,
At the full moon he will come home.”
With her many persuasions she entices him;
With her flattering lips she seduces him.
Suddenly he follows her
As an ox goes to the slaughter,
Or as one in fetters to the discipline of a fool,
Until an arrow pierces through his liver;
As a bird hastens to the snare,
So he does not know that it will cost him his life.

The woman of folly is boisterous,
She is naive and knows nothing.
She sits at the doorway of her house,
On a seat by the high places of the city,
Calling to those who pass by,
Who are making their paths straight:
read more.
“Whoever is naive, let him turn in here,”
And to him who lacks understanding she says,
“Stolen water is sweet;
And bread eaten in secret is pleasant.”
But he does not know that the dead are there,
That her guests are in the depths of Sheol.

You foolish Galatians, who has bewitched you, before whose eyes Jesus Christ was publicly portrayed as crucified?

And while they were going away to make the purchase, the bridegroom came, and those who were ready went in with him to the wedding feast; and the door was shut.

Proverbs 1:32
Verse Concepts
Death For Other ReasonsapostasyFools, In Teaching Of Jesus Christ
ComplacencyUnderestimation

Proverbs 5:23
Verse Concepts
Death For Other ReasonsFools, Characteristics Of
Falling Away From God

He will die for lack of instruction,
And in the greatness of his folly he will go astray.

The wise of heart will receive commands,
But a babbling fool will be ruined.

He who gives an answer before he hears,
It is folly and shame to him.

Those who fashion a graven image are all of them futile, and their precious things are of no profit; even their own witnesses fail to see or know, so that they will be put to shame.

“The wise men are put to shame,
They are dismayed and caught;
Behold, they have rejected the word of the Lord,
And what kind of wisdom do they have?

A foolish son is a grief to his father
And bitterness to her who bore him.

The proverbs of Solomon.
A wise son makes a father glad,
But a foolish son is a grief to his mother.

A wise son makes a father glad,
But a foolish man despises his mother.

He who sires a fool does so to his sorrow,
And the father of a fool has no joy.

Understanding is a fountain of life to one who has it,
But the discipline of fools is folly.

My wounds grow foul and fester
Because of my folly.

A fool’s lips bring strife,
And his mouth calls for blows.

A whip is for the horse, a bridle for the donkey,
And a rod for the back of fools.

A highway will be there, a roadway,
And it will be called the Highway of Holiness.
The unclean will not travel on it,
But it will be for him who walks that way,
And fools will not wander on it.

And while they were going away to make the purchase, the bridegroom came, and those who were ready went in with him to the wedding feast; and the door was shut. Later the other virgins also came, saying, ‘Lord, lord, open up for us.’ But he answered, ‘Truly I say to you, I do not know you.’

Though you pound a fool in a mortar with a pestle along with crushed grain,
Yet his foolishness will not depart from him.

The mind of the intelligent seeks knowledge,
But the mouth of fools feeds on folly.

For we also once were foolish ourselves, disobedient, deceived, enslaved to various lusts and pleasures, spending our life in malice and envy, hateful, hating one another. But when the kindness of God our Savior and His love for mankind appeared, He saved us, not on the basis of deeds which we have done in righteousness, but according to His mercy, by the washing of regeneration and renewing by the Holy Spirit,

Strike a scoffer and the naive may become shrewd,
But reprove one who has understanding and he will gain knowledge.

When the scoffer is punished, the naive becomes wise;
But when the wise is instructed, he receives knowledge.

Foolishness is bound up in the heart of a child;
The rod of discipline will remove it far from him.

The rod and reproof give wisdom,
But a child who gets his own way brings shame to his mother.

Wisdom rests in the heart of one who has understanding,
But in the hearts of fools it is made known.

“Those who err in mind will know the truth,
And those who criticize will accept instruction.

a corrector of the foolish, a teacher of the immature, having in the Law the embodiment of knowledge and of the truth,