8 Bible Verses about Gates Of The Temple 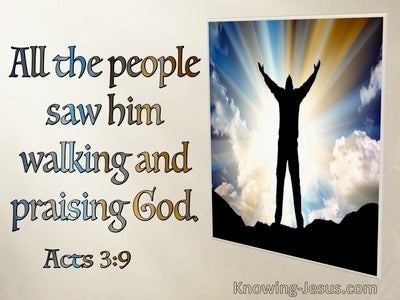 The screen for the gate of the courtyard was embroidered with blue, purple, and scarlet yarn, and finely spun linen. It was 30 feet long, and like the hangings of the courtyard, 7½ feet high.

Assemble the surrounding courtyard and hang the screen for the gate of the courtyard.

Next Moses set up the surrounding courtyard for the tabernacle and the altar and hung a screen for the gate of the courtyard. So Moses finished the work.

Jotham built the Upper Gate of the Lord’s temple, and he built extensively on the wall of Ophel.

The prince should enter from the outside by way of the gate’s portico and stand at the doorpost of the gate while the priests sacrifice his burnt offerings and fellowship offerings. He will bow in worship at the threshold of the gate and then depart, but the gate must not be closed until evening.

And a man who was lame from birth was carried there and placed every day at the temple gate called Beautiful, so he could beg from those entering the temple complex. When he saw Peter and John about to enter the temple complex, he asked for help. Peter, along with John, looked at him intently and said, “Look at us.” read more.
So he turned to them, expecting to get something from them. But Peter said, “I don’t have silver or gold, but what I have, I give you: In the name of Jesus Christ the Nazarene, get up and walk!” Then, taking him by the right hand he raised him up, and at once his feet and ankles became strong. So he jumped up, stood, and started to walk, and he entered the temple complex with them—walking, leaping, and praising God. All the people saw him walking and praising God, and they recognized that he was the one who used to sit and beg at the Beautiful Gate of the temple complex. So they were filled with awe and astonishment at what had happened to him. While he was holding on to Peter and John, all the people, greatly amazed, ran toward them in what is called Solomon’s Colonnade.