36 Bible Verses about Going Together 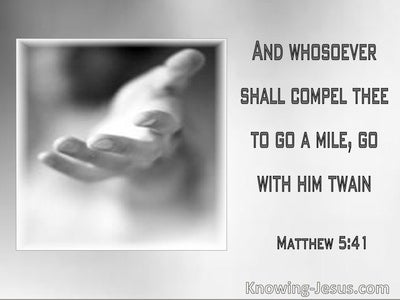 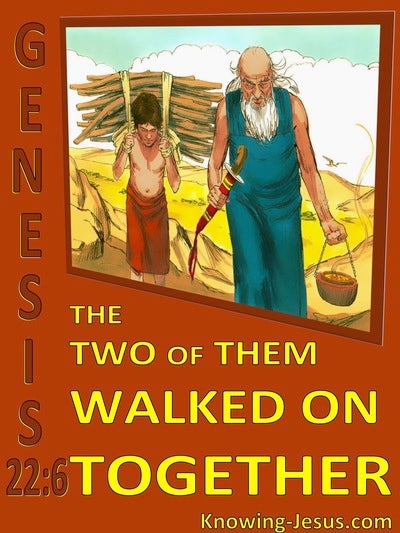 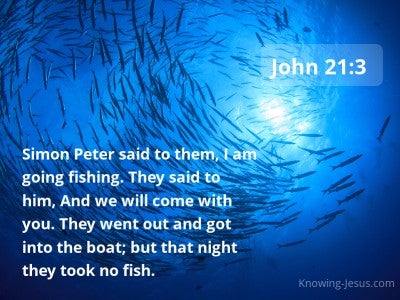 So Abram went as the Lord had said to him, and Lot went with him: Abram was seventy-five years old when he went away from Haran.

And Abram went up out of Egypt with his wife and all he had, and Lot with him, and they came in to the South.

And the men went on from there in the direction of Sodom; and Abraham went with them on their way.

And Abraham put the wood for the burned offering on his son's back, and he himself took the fire and the knife in his hand, and the two of them went on together.

And Abraham said, God himself will give the lamb for the burned offering: so they went on together.

And Esau said, Then keep some of my men with you. And he said, What need is there for that, if my lord is pleased with me?

Then Judah said to Israel, his father, Send the boy with me, and let us be up and going, so that we and you and our little ones may not come to destruction.

And take your brother and go back to the man:

Now after these things, word came to Joseph that his father was ill: and he took with him his sons Manasseh and Ephraim.

So in the morning Balaam got up and, making his ass ready, went with the chiefs of Moab.

Now when the Lord was about to take Elijah up to heaven in a great wind, Elijah went with Elisha from Gilgal.

Then Elijah said to him, Come no farther, for the Lord has sent me to Jordan. But he said, As the Lord is living and as your soul is living, I will not be parted from you. So they went on together.

And they said to her, No, but we will go back with you to your people.

But Naomi said, Go back, my daughters; why will you come with me? Have I more sons in my body, to become your husbands?

Then Moses said to Hobab, the son of his father-in-law Reuel the Midianite, We are journeying to that place of which the Lord has said, I will give it to you: so come with us, and it will be for your profit: for the Lord has good things in store for Israel. But he said, I will not go with you, I will go back to the land of my birth and to my relations. And he said, Do not go from us; for you will be eyes for us, guiding us to the right places in the waste land to put up our tents.read more.
And if you come with us, we will give you a part in whatever good the Lord does for us.

And one of them said, Be pleased to go with your servants. And he said, I will go.

If they say, Come with us; let us make designs against the good, waiting secretly for the upright, without cause;

And that night God came to Balaam and said to him, If these men have come for you, go with them: but do only what I say to you.

And the angel of the Lord said to Balaam, Go with the men; but say only what I give you to say. Then Balaam went on with the chiefs of Balak.

Go down, then, and go with them, doubting nothing, for I have sent them.

And the Spirit gave me orders to go with them, doubting nothing. And these six brothers came with me; and we went into that man's house:

So he took them in for the night. And the day after, he went with them, taking some of the brothers from Joppa with him.

So now, let my sin have forgiveness, and go back with me to give worship to the Lord. And Samuel said to Saul, I will not go back with you: for you have put away from you the word of the Lord, and the Lord has put you from your place as king over Israel. And when Samuel was turning round to go away, Saul took the skirt of his robe in his hand, and the cloth came away.read more.
And Samuel said to him, The Lord has taken away the kingdom of Israel from you this day by force, and has given it to a neighbour of yours who is better than you. And further, the Glory of Israel will not say what is false, and his purpose may not be changed: for he is not a man, whose purpose may be changed. Then he said, Great is my sin: but still, give me honour now before the heads of my people and before Israel, and come back with me so that I may give worship to the Lord your God. So Samuel went back after Saul, and Saul gave worship to the Lord.

Let my soul be overflowing with grief when these things come back to my mind, how I went in company to the house of God, with the voice of joy and praise, with the song of those who were keeping the feast.

And the ruler, when they come in, is to come among them, and is to go out when they go out.

If you will let our brother go with us, we will go down and get food:

Then Ahaziah, the son of Ahab, said to Jehoshaphat, Let my men go with yours in the ships. But Jehoshaphat would not let them.

Who went with Zerubbabel, Jeshua, Nehemiah, Seraiah, Reelaiah, Mordecai, Bilshan, Mispar, Bigvai, Rehum, Baanah, The number of the men of the people of Israel:

Who came with Zerubbabel, Jeshua, Nehemiah, Azariah, Raamiah, Nahamani, Mordecai, Bilshan, Mispereth, Bigvai, Nehum, Baanah. The number of the men of the people of Israel:

This is what the Lord of armies has said: In those days, ten men from all the languages of the nations will put out their hands and take a grip of the skirt of him who is a Jew, saying, We will go with you, for it has come to our ears that God is with you.

And whoever makes you go one mile, go with him two.

Simon Peter said to them, I am going fishing. They said to him, And we will come with you. They went out and got into the boat; but that night they took no fish.

And day by day, going in agreement together regularly to the Temple and, taking broken bread together in their houses, they took their food with joy and with true hearts,

And if it is possible for me to go there, they will go with me.

And Barnabas had a desire to take with them John, named Mark.

Paul had a desire for him to go with him, and he gave him circumcision because of the Jews who were in those parts: for they all had knowledge that his father was a Greek.