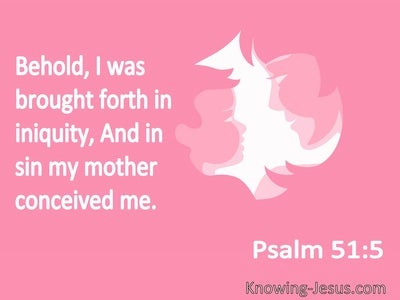 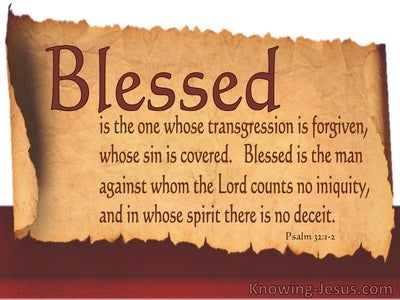 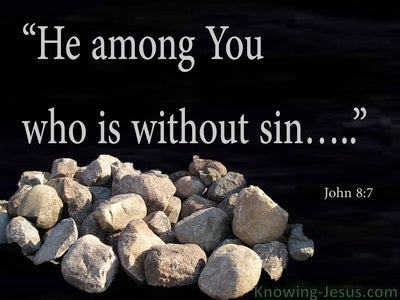 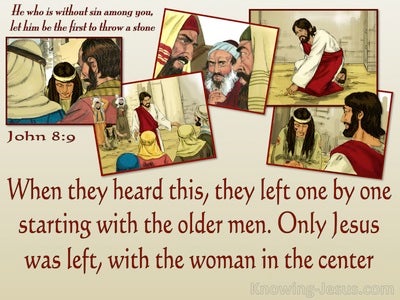 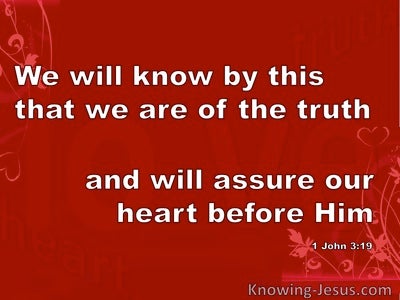 For I acknowledge my transgression; my sin remains continuously before me.

For I acknowledge my transgression; my sin remains continuously before me. Against you, you only, have I sinned, and done what was evil in your sight. As a result, you are just in your pronouncement and clear in your judgment. Indeed, in iniquity I was brought forth; in sin my mother conceived me.

"We're all guilty because of what we did to our brother!" they told each other. "We kept on watching his suffering while he pleaded with us! We're in this mess because we wouldn't listen!"

How blessed is the one whose transgression is forgiven, whose sin is covered. How blessed is the person against whom the LORD does not charge iniquity, and in whose spirit there is no deceit. When I kept silent about my sin, my body wasted away by my groaning all day long.read more.
For your hand was heavy upon me day and night; my strength was exhausted as in a summer drought. Interlude

But the scribes and the Pharisees brought a woman who had been caught in adultery. After setting her before them, they told him, "Teacher, this woman has been caught in the very act of adultery. Now in the Law, Moses commanded us to stone such women to death. What do you say?" read more.
They said this to test him, so that they might have a charge against him. But Jesus bent down and began to write on the ground with his finger. When they persisted in questioning him, he straightened up and told them, "Let the person among you who is without sin be the first to throw a stone at her." Then he bent down again and continued writing on the ground. When they heard this, they went away one by one, beginning with the oldest, and he was left alone with the woman standing there. Then Jesus stood up and asked her, "Dear lady, where are your accusers? Hasn't anyone condemned you?" "No one, sir," she replied. Then Jesus said, "I don't condemn you, either. Go home, and from now on don't sin anymore."

This illustration for today indicates that the gifts and sacrifices being offered could not clear the conscience of a worshiper,

This is how we will know that we belong to the truth and how we will be able to keep ourselves strong in his presence. If our hearts condemn us, God is greater than our hearts and knows everything.