9 more readings on It

19 Bible Verses about Is It Really? 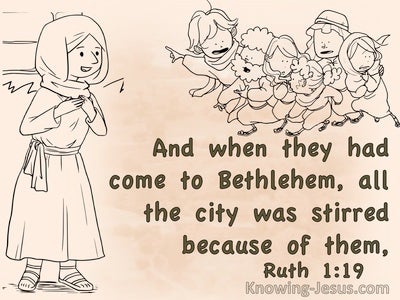 Genesis 27:24
Verse Concepts
This Is Me

So Isaac told Jacob, "Come here, my son, so I can feel you and know for sure whether or not you're my son Esau."

So Manoah got up quickly and followed his wife, and when he came to the man he told him, "Are you the man who spoke to my wife?" He replied, "I am."

So they continued on until they reached Bethlehem. Now when the two of them arrived in Bethlehem, the entire town got excited at the news of their arrival and they asked one another, "Can this be Naomi?"

When David had finished saying these things to Saul, Saul asked, "Is this your voice, my son David?" Then Saul cried loudly

Saul recognized David's voice and said, "Is this your voice, my son David?"

When Abner looked behind him, he said, "Is that you, Asahel?" He answered, "I am."

A household servant of Saul named Ziba was called to appear before David, and the king asked him, "Are you Ziba?" "I am your servant," Ziba replied.

Joab came over and the woman asked him, "Are you Joab?" "I am," he answered. So she told him, "Listen to what your servant has to say!" "I'm listening," he replied.

and he rode off after the man of God and found him sitting under an oak tree. "You're the man of God who came from Judah, aren't you?" the old prophet asked him. "I am," he replied.

While Obadiah was on the road, Elijah met him. Obadiah recognized him and bowed down with his face to the ground. "It's you, isn't it, my master Elijah?"

When Ahab saw Elijah, Ahab asked him, "Is it really you, you destroyer of Israel?"

"Those who see you will stare at you. They will wonder about you: "Is this the man who made the earth tremble, who made kingdoms quake,

"This is what the Lord GOD says: "Surely you're the one about whom I spoke years ago in the writings of my servants, Israel's prophets, aren't you? They predicted back then that I would bring you up after many years, didn't they?

Then the neighbors and those who had previously seen him as a beggar said, "This is the man who used to sit and beg, isn't it?"

and asked them, "Is this your son, the one you say was born blind? How does he now see?"

Peter answered him, "Lord, if it's you, order me to come to you on the water."

Everyone who heard him was astonished and said, "This is the man who harassed those who were calling on Jesus' name in Jerusalem, isn't it? Didn't he come here to bring them in chains to the high priests?"

Paul answered, "I didn't realize, brothers, that he is the high priest. After all, it is written, "You must not speak evil about a ruler of your people.'"