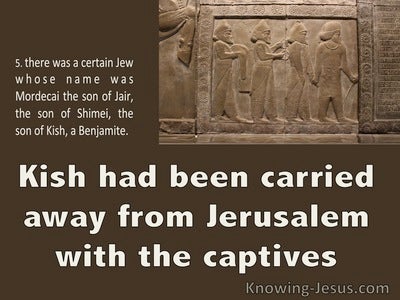 The LORD shewed me, and, behold, two baskets of figs were set before the temple of the LORD, after that Nebuchadrezzar king of Babylon had carried away captive Jeconiah the son of Jehoiakim king of Judah, and the princes of Judah, with the carpenters and smiths, from Jerusalem, and had brought them to Babylon.

Which Nebuchadnezzar king of Babylon took not, when he carried away captive Jeconiah the son of Jehoiakim king of Judah from Jerusalem to Babylon, and all the nobles of Judah and Jerusalem;

(After that Jeconiah the king, and the queen, and the eunuchs, the princes of Judah and Jerusalem, and the carpenters, and the smiths, were departed from Jerusalem;)

And he shall lead Zedekiah to Babylon, and there shall he be until I visit him, saith the LORD: though ye fight with the Chaldeans, ye shall not prosper?

The word which Jeremiah the prophet commanded Seraiah the son of Neriah, the son of Maaseiah, when he went with Zedekiah the king of Judah into Babylon in the fourth year of his reign. And this Seraiah was a quiet prince.

Then he put out the eyes of Zedekiah; and the king of Babylon bound him in chains, and carried him to Babylon, and put him in prison till the day of his death.

And Pharaohnechoh made Eliakim the son of Josiah king in the room of Josiah his father, and turned his name to Jehoiakim, and took Jehoahaz away: and he came to Egypt, and died there.

Say now to the rebellious house, Know ye not what these things mean? tell them, Behold, the king of Babylon is come to Jerusalem, and hath taken the king thereof, and the princes thereof, and led them with him to Babylon;

Her gates are sunk into the ground; he hath destroyed and broken her bars: her king and her princes are among the Gentiles: the law is no more; her prophets also find no vision from the LORD.