57 Bible Verses about Love, In Relationships 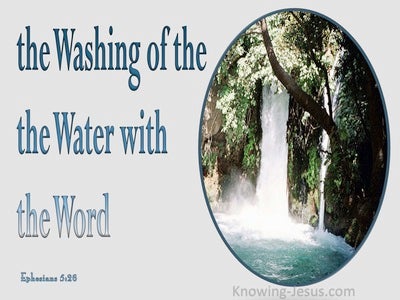 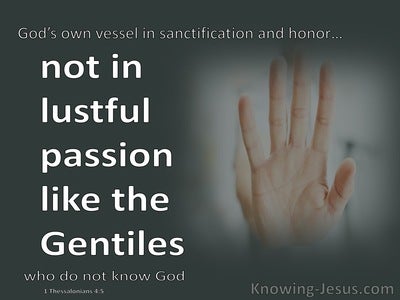 The wives! be subject to your own husbands, as is fit in the Lord; the husbands! love your wives, and be not bitter with them;

When a man taketh a new wife, he doth not go out into the host, and one doth not pass over unto him for anything; free he is at his own house one year, and hath rejoiced his wife whom he hath taken.

Let thy fountain be blessed, And rejoice because of the wife of thy youth, A hind of loves, and a roe of grace! Let her loves satisfy thee at all times, In her love magnify thyself continually. And why dost thou magnify thyself, My son, with a stranger? And embrace the bosom of a strange woman?

The wives! to your own husbands subject yourselves, as to the Lord,

For thy Maker is thy husband, Jehovah of Hosts is His name, And thy Redeemer is the Holy One of Israel, 'God of all the earth,' He is called.

The husbands! love your own wives, as also the Christ did love the assembly, and did give himself for it, that he might sanctify it, having cleansed it with the bathing of the water in the saying, that he might present it to himself the assembly in glory, not having spot or wrinkle, or any of such things, but that it may be holy and unblemished;

For a young man doth marry a virgin, Thy Builders do marry thee, With the joy of a bridegroom over a bride, Rejoice over thee doth thy God.

Turn back, O backsliding sons, An affirmation of Jehovah. For I have ruled over you, And taken you one of a city, and two of a family, And have brought you to Zion,

And I pass over by thee, and I see thee, And lo, thy time is a time of loves, And I spread My skirt over thee, And I cover thy nakedness, And I swear to thee, and come in to a covenant with thee, An affirmation of the Lord Jehovah, And thou dost become Mine.

for I am zealous for you with zeal of God, for I did betroth you to one husband, a pure virgin, to present to Christ,

may we rejoice and exult, and give the glory to Him, because come did the marriage of the Lamb, and his wife did make herself ready;

and Jacob serveth for Rachel seven years; and they are in his eyes as some days, because of his loving her.

For jealousy is the fury of a man, And he doth not spare in a day of vengeance. He accepteth not the appearance of any atonement, Yea, he doth not consent, Though thou dost multiply bribes!

and Isaac bringeth her in unto the tent of Sarah his mother, and he taketh Rebekah, and she becometh his wife, and he loveth her, and Isaac is comforted after the death of his mother.

And it cometh to pass afterwards that he loveth a woman in the valley of Sorek, and her name is Delilah,

and to Hannah he giveth a certain portion -- double, for he hath loved Hannah, and Jehovah hath shut her womb;

And Jehovah saith unto me: 'Again, go, love a woman, loved of a friend, and an adulteress, like the loved of Jehovah, the sons of Israel, and they are turning unto other gods, and are lovers of grape-cakes.'

and Joseph her husband being righteous, and not willing to make her an example, did wish privately to send her away.

and because of the whoredom let each man have his own wife, and let each woman have her proper husband;

'Thou dost not pollute thy daughter to cause her to go a-whoring, that the land go not a-whoring, and the land hath been full of wickedness.

to abstain from things offered to idols, and blood, and a strangled thing, and whoredom; from which keeping yourselves, ye shall do well; be strong!'

and whoredom, and all uncleanness, or covetousness, let it not even be named among you, as becometh saints;

for this is the will of God -- your sanctification; that ye abstain from the whoredom,

To preserve thee from an evil woman, From the flattery of the tongue of a strange woman.

For I hate sending away, said Jehovah, God of Israel, And He who hath covered violence with his clothing, said Jehovah of Hosts, And ye have been watchful over your spirit, And ye do not deal treacherously.

and he saith to them, 'Whoever may put away his wife, and may marry another, doth commit adultery against her; and if a woman may put away her husband, and is married to another, she committeth adultery.'

and to the married I announce -- not I, but the Lord -- let not a wife separate from a husband: but and if she may separate, let her remain unmarried, or to the husband let her be reconciled, and let not a husband send away a wife.

A covenant I made for mine eyes, And what -- do I attend to a virgin?

who, having ceased to feel, themselves did give up to the lasciviousness, for the working of all uncleanness in greediness;

not in the affection of desire, as also the nations that were not knowing God,

it behoveth, therefore, the overseer to be blameless, of one wife a husband, vigilant, sober, decent, a friend of strangers, apt to teach,

And He did not make one only, And He hath the remnant of the Spirit. And what is the one alone! He is seeking a godly seed. And ye have been watchful over your spirit, And with the wife of thy youth, None doth deal treacherously.

Ministrants -- let them be of one wife husbands; the children leading well, and their own houses,

if any one is blameless, of one wife a husband, having children stedfast, not under accusation of riotous living or insubordinate --