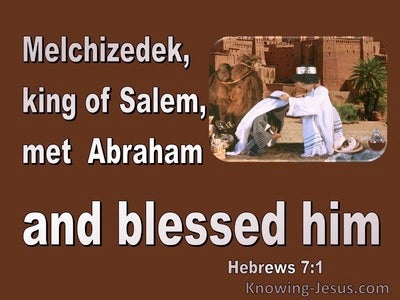 After his return from defeating Kedorlaomer and the kings who [were] with him, the king of Sodom went out to meet him at the Valley of Shaveh (that [is], the Valley of the King).

When Jacob came in from the field in the evening, Leah went out to meet him. And she said, "Come in to me, for {I have hired} you with my son's mandrakes." And he slept with her that night.

And the messengers returned to Jacob [and] said, "We came to your brother, to Esau, and he is coming to meet you, and four hundred men [are] with him."

Then Joseph harnessed his chariot and went up to meet Israel his father in Goshen. He presented himself to him and fell upon his neck and wept upon his neck a long time.

And Yahweh said to Aaron, "Go to the desert to meet Moses." And he went and encountered him at the mountain of God and kissed him.

{And Yahweh was angry with} Moses and said, "[Is there] not Aaron your brother the Levite? I know that he certainly can speak, and also there he is coming out to meet you, and when he sees you, he will rejoice in his heart.

And they met Moses and Aaron, [who were] waiting to meet them when they [were] going out from Pharaoh.

Go to Pharaoh in the morning. Look, [he is] going out to the water, and you must wait to meet him on the bank of the Nile, and you must take in your hand the staff that was changed into a snake.

And Moses and Eleazar the priest and all the leaders of the community went out to meet them outside the camp.

Exodus 18:5
Verse Concepts
InfertilityCamp, Of Israel
Israel In The WildernessEncampments

And Jethro, the father-in-law of Moses, came and his sons and his wife to Moses, to the desert where he was camping there [at] the mountain of God.

And he said to Moses, "I, your father-in-law Jethro, [am] coming to you and your wife and her two sons with her."

When Balak heard that Balaam was coming, he went out to meet him by the city of Moab, which [was] on the boundary of Aaron at the end of the territory.

whatever comes out from the doors of my house to meet me when I return safely from the {Ammonites} will be Yahweh's, and I will offer it [as] a burnt offering."

Jephthah came to Mizpah, to his house, and behold his daughter came out to meet him with tambourines and dancing. She [was] his only child; he did not have a son or daughter except her.

Sanballat and Geshem sent to me, saying, "Come and let us meet together in [one of] the villages in the plain of Ono." But they planned to do evil to me.

Then Yahweh said to Isaiah, "Go out to meet Ahaz, you and Shear-Jashub your son, at the end of the conduit of the upper pool on [the] highway of [the] washer's field.

Genesis 24:65
Verse Concepts
The Brides Wedding DressCovering
VeilsWho Is This?

And she said to the servant, "Who [is] this man walking around in the field to meet us?" And the servant said, "That [is] my master." And she took her veil and covered herself.

So I have come out to meet you, to seek your face, and I have found you.

Thus Job's three friends heard of this calamity that had come upon him. So each set out from his [own] place: Eliphaz the Temanite and Bildad the Shuhite and Zophar the Naamathite. And they met together to come to console him and to comfort him.

Indeed, I know [that] you will bring me to death and [to the] house of assembly for all [the] living.

[May] a man meet a she-bear robbed of offspring and not a fool in his folly.

And [as] he got out on the land, a certain man from the town met [him] who had demons and for a considerable time had not worn clothes and did not live in a house, but among the tombs.

Now Martha, when she heard that Jesus was coming, went to meet him, but Mary was sitting in the house.

And the Spirit said to Philip, "Approach and join this chariot."

And from there the brothers, [when they] heard the [news] about us, came to meet us as far as the Forum of Appius and Three Taverns. [When he] saw them, Paul gave thanks to God [and] took courage.

For this Melchizedek, king of Salem, priest of the most high God, who met Abraham [as he] was returning from the slaughter of the kings and blessed him,

Hebrews 13:19
Verse Concepts
Praying For Others
encouragement, examples of

And I especially urge [you] to do this, so that I may be restored to you more quickly.