8 Bible Verses about Millennial Kingdom, Christ Supreme On The Earth 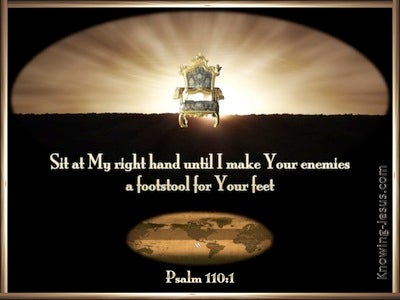 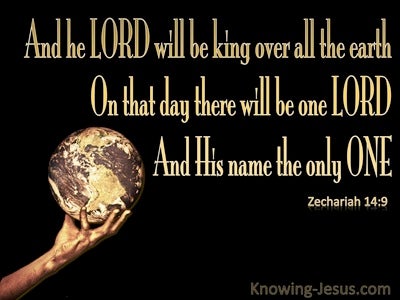 Envoys will come out of Egypt;
Ethiopia will quickly stretch out her hands to God.
Sing to God, O kingdoms of the earth,
Sing praises to the Lord, Selah.

A Psalm of David.
The Lord says to my Lord:
“Sit at My right hand
Until I make Your enemies a footstool for Your feet.”
The Lord will stretch forth Your strong scepter from Zion, saying,
“Rule in the midst of Your enemies.”
Your people will volunteer freely in the day of Your power;
In holy array, from the womb of the dawn,
Your youth are to You as the dew.

The word which Isaiah the son of Amoz saw concerning Judah and Jerusalem. Now it will come about that
In the last days
The mountain of the house of the Lord
Will be established as the chief of the mountains,
And will be raised above the hills;
And all the nations will stream to it.

The Lord has bared His holy arm
In the sight of all the nations,
That all the ends of the earth may see
The salvation of our God.

“You, O king, were looking and behold, there was a single great statue; that statue, which was large and of extraordinary splendor, was standing in front of you, and its appearance was awesome. The head of that statue was made of fine gold, its breast and its arms of silver, its belly and its thighs of bronze, its legs of iron, its feet partly of iron and partly of clay.read more.
You continued looking until a stone was cut out without hands, and it struck the statue on its feet of iron and clay and crushed them. Then the iron, the clay, the bronze, the silver and the gold were crushed all at the same time and became like chaff from the summer threshing floors; and the wind carried them away so that not a trace of them was found. But the stone that struck the statue became a great mountain and filled the whole earth. “This was the dream; now we will tell its interpretation before the king. You, O king, are the king of kings, to whom the God of heaven has given the kingdom, the power, the strength and the glory; and wherever the sons of men dwell, or the beasts of the field, or the birds of the sky, He has given them into your hand and has caused you to rule over them all. You are the head of gold. After you there will arise another kingdom inferior to you, then another third kingdom of bronze, which will rule over all the earth. Then there will be a fourth kingdom as strong as iron; inasmuch as iron crushes and shatters all things, so, like iron that breaks in pieces, it will crush and break all these in pieces. In that you saw the feet and toes, partly of potter’s clay and partly of iron, it will be a divided kingdom; but it will have in it the toughness of iron, inasmuch as you saw the iron mixed with common clay. As the toes of the feet were partly of iron and partly of pottery, so some of the kingdom will be strong and part of it will be brittle. And in that you saw the iron mixed with common clay, they will combine with one another in the seed of men; but they will not adhere to one another, even as iron does not combine with pottery. In the days of those kings the God of heaven will set up a kingdom which will never be destroyed, and that kingdom will not be left for another people; it will crush and put an end to all these kingdoms, but it will itself endure forever. Inasmuch as you saw that a stone was cut out of the mountain without hands and that it crushed the iron, the bronze, the clay, the silver and the gold, the great God has made known to the king what will take place in the future; so the dream is true and its interpretation is trustworthy.”

Micah 4:1
Verse Concepts
The Temple In HeavenEnd Of DaysThe Final Days Of TimeRevelation Of The Future
God On HighComing To GodDays, Last

And it will come about in the last days
That the mountain of the house of the Lord
Will be established as the chief of the mountains.
It will be raised above the hills,
And the peoples will stream to it.

“For the vision is yet for the appointed time;
It hastens toward the goal and it will not fail.
Though it tarries, wait for it;
For it will certainly come, it will not delay.
“Behold, as for the proud one,
His soul is not right within him;
But the righteous will live by his faith.
“Furthermore, wine betrays the haughty man,
So that he does not stay at home.
He enlarges his appetite like Sheol,
And he is like death, never satisfied.
He also gathers to himself all nations
And collects to himself all peoples.
read more.
“Will not all of these take up a taunt-song against him,
Even mockery and insinuations against him
And say, ‘Woe to him who increases what is not his—
For how long—
And makes himself rich with loans?’
“Will not your creditors rise up suddenly,
And those who collect from you awaken?
Indeed, you will become plunder for them.
“Because you have looted many nations,
All the remainder of the peoples will loot you—
Because of human bloodshed and violence done to the land,
To the town and all its inhabitants.
“Woe to him who gets evil gain for his house
To put his nest on high,
To be delivered from the hand of calamity!
“You have devised a shameful thing for your house
By cutting off many peoples;
So you are sinning against yourself.
“Surely the stone will cry out from the wall,
And the rafter will answer it from the framework.
“Woe to him who builds a city with bloodshed
And founds a town with violence!
“Is it not indeed from the Lord of hosts
That peoples toil for fire,
And nations grow weary for nothing?
“For the earth will be filled
With the knowledge of the glory of the Lord,
As the waters cover the sea.