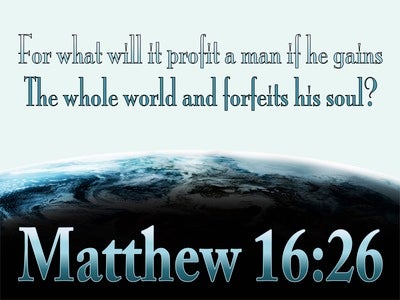 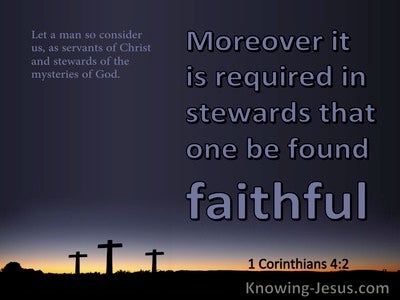 ‘You shall not steal.

Ill-gotten gains do not profit,
But righteousness delivers from death.

He who assaults his father and drives his mother away
Is a shameful and disgraceful son.

Differing weights and differing measures,
Both of them are abominable to the Lord.

“By the multitude of your iniquities,
In the unrighteousness of your trade
You profaned your sanctuaries.
Therefore I have brought fire from the midst of you;
It has consumed you,
And I have turned you to ashes on the earth
In the eyes of all who see you.

“If you lend money to My people, to the poor among you, you are not to act as a creditor to him; you shall not charge him interest.

He does not put out his money at interest,
Nor does he take a bribe against the innocent.
He who does these things will never be shaken.

He who increases his wealth by interest and usury
Gathers it for him who is gracious to the poor.

He who profits illicitly troubles his own house,
But he who hates bribes will live.

Better is a little with righteousness
Than great income with injustice.

“As a partridge that hatches eggs which it has not laid,
So is he who makes a fortune, but unjustly;
In the midst of his days it will forsake him,
And in the end he will be a fool.”

And he said to them, “Collect no more than what you have been ordered to.”

if a man does not oppress anyone, but restores to the debtor his pledge, does not commit robbery, but gives his bread to the hungry and covers the naked with clothing, if he does not lend money on interest or take increase, if he keeps his hand from iniquity and executes true justice between man and man,

Now such persons we command and exhort in the Lord Jesus Christ to work in quiet fashion and eat their own bread.

Abram said, “O Lord God, what will You give me, since I am childless, and the heir of my house is Eliezer of Damascus?”

“These men are friendly with us; therefore let them live in the land and trade in it, for behold, the land is large enough for them. Let us take their daughters in marriage, and give our daughters to them.

House and wealth are an inheritance from fathers,
But a prudent wife is from the Lord.

Then you ought to have put my money in the bank, and on my arrival I would have received my money back with interest.

Then why did you not put my money in the bank, and having come, I would have collected it with interest?’

Know well the condition of your flocks,
And pay attention to your herds;
For riches are not forever,
Nor does a crown endure to all generations.

If any woman who is a believer has dependent widows, she must assist them and the church must not be burdened, so that it may assist those who are widows indeed.

So then, while we have opportunity, let us do good to all people, and especially to those who are of the household of the faith.

He who gives to the poor will never want,
But he who shuts his eyes will have many curses.

But when you give to the poor, do not let your left hand know what your right hand is doing, so that your giving will be in secret; and your Father who sees what is done in secret will reward you.

John 13:29
Verse Concepts
Giving To The PoorBuying and sellingPoverty, Attitudes Towards
Thoughts Of The RighteousAccountancyJudas Iscariot

For some were supposing, because Judas had the money box, that Jesus was saying to him, “Buy the things we have need of for the feast”; or else, that he should give something to the poor.

and Joanna the wife of Chuza, Herod’s steward, and Susanna, and many others who were contributing to their support out of their private means.

Nevertheless, you have done well to share with me in my affliction. You yourselves also know, Philippians, that at the first preaching of the gospel, after I left Macedonia, no church shared with me in the matter of giving and receiving but you alone; for even in Thessalonica you sent a gift more than once for my needs.read more.
Not that I seek the gift itself, but I seek for the profit which increases to your account. But I have received everything in full and have an abundance; I am amply supplied, having received from Epaphroditus what you have sent, a fragrant aroma, an acceptable sacrifice, well-pleasing to God. And my God will supply all your needs according to His riches in glory in Christ Jesus.