49 Bible Verses about Mothers, Responsibilities Of 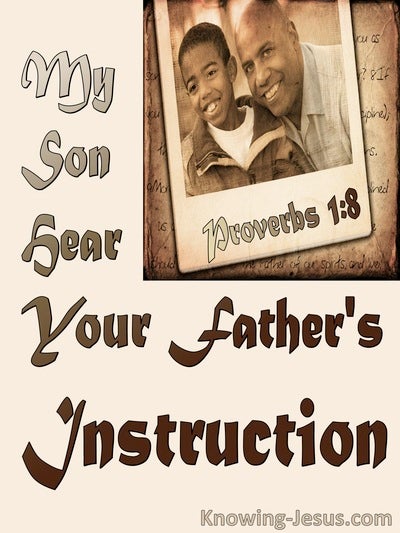 Causing the barren one of the house to sit, A joyful mother of sons; praise ye Jah!

And Jehovah speaketh unto Moses, saying, 'Speak unto the sons of Israel, saying, A woman when she giveth seed, and hath born a male, then she hath been unclean seven days, according to the days of separation for her sickness she is unclean; and in the eighth day is the flesh of his foreskin circumcised;read more.
and thirty and three days she doth abide in the blood of her cleansing; against any holy thing she doth not come, and unto the sanctuary she doth not go in, till the fulness of the days of her cleansing. 'And if a female she bear, then she hath been unclean two weeks, as in her separation; and sixty and six days she doth abide for the blood of her cleansing. 'And in the fulness of the days of her cleansing for son or for daughter she doth bring in a lamb, a son of a year, for a burnt-offering, and a young pigeon or a turtle-dove for a sin-offering, unto the opening of the tent of meeting, unto the priest; and he hath brought it near before Jehovah, and hath made atonement for her, and she hath been cleansed from the fountain of her blood; this is the law of her who is bearing, in regard to a male or to a female. 'And if her hand find not the sufficiency of a sheep, then she hath taken two turtle-doves, or two young pigeons, one for a burnt-offering, and one for a sin-offering, and the priest hath made atonement for her, and she hath been cleansed.'

1 Thessalonians 2:7
Verse Concepts
Dealing With Young PeoplemomsparentingMothers Love For Her ChildrenMotherhoodmotheringSensitivityMeekness, Examples Of
Mothers Love For ChildrenGentlenessMinisters, Should BeMothersChildhoodCherishingReputationThe Gentleness Of God's People

But we became gentle in your midst, as a nurse may cherish her own children,

Luke 2:48
Verse Concepts
Why Does Jesus Do This?Anxiety, Cause
Criticism, against believersLove, And The World

And, having seen him, they were amazed, and his mother said unto him, 'Child, why didst thou thus to us? lo, thy father and I, sorrowing, were seeking thee.'

Rejoice doth thy father and thy mother, Yea, she that bare thee is joyful.

he also hath walked in the ways of the house of Ahab, for his mother hath been his counsellor to do wickedly.

And Rebekah is hearkening while Isaac is speaking unto Esau his son; and Esau goeth to the field to hunt provision -- to bring in; and Rebekah hath spoken unto Jacob her son, saying, 'Lo, I have heard thy father speaking unto Esau thy brother, saying, Bring for me provision, and make for me tasteful things, and I do eat, and bless thee before Jehovah before my death.read more.
'And now, my son, hearken to my voice, to that which I am commanding thee: Go, I pray thee, unto the flock, and take for me from thence two good kids of the goats, and I make them tasteful things for thy father, such as he hath loved; and thou hast taken in to thy father, and he hath eaten, so that his soul doth bless thee before his death. And Jacob saith unto Rebekah his mother, 'Lo, Esau my brother is a hairy man, and I a smooth man, it may be my father doth feel me, and I have been in his eyes as a deceiver, and have brought upon me disesteem, and not a blessing;' and his mother saith to him, 'On me thy disesteem, my son; only hearken to my voice, and go, take for me.' And he goeth, and taketh, and bringeth to his mother, and his mother maketh tasteful things, such as his father hath loved; and Rebekah taketh the desirable garments of Esau her elder son, which are with her in the house, and doth put on Jacob her younger son; and the skins of the kids of the goats she hath put on his hands, and on the smooth of his neck, and she giveth the tasteful things, and the bread which she hath made, into the hand of Jacob her son.

But the birthday of Herod being kept, the daughter of Herodias danced in the midst, and did please Herod, whereupon with an oath he professed to give her whatever she might ask. And she having been instigated by her mother -- 'Give me (says she) here upon a plate the head of John the Baptist;

Then came near to him the mother of the sons of Zebedee, with her sons, bowing and asking something from him, and he said to her, 'What wilt thou?' She saith to him, 'Say, that they may sit -- these my two sons -- one on thy right hand, and one on the left, in thy reign.' And Jesus answering said, 'Ye have not known what ye ask for yourselves; are ye able to drink of the cup that I am about to drink? and with the baptism that I am baptized with, to be baptized?' They say to him, 'We are able.'

'Honour thy father and thy mother, as Jehovah thy God hath commanded thee, so that thy days are prolonged, and so that it is well with thee, on the ground which Jehovah thy God is giving to thee.

honour thy father and mother, and, thou shalt love thy neighbour as thyself.'

The children! obey your parents in the Lord, for this is righteous; honour thy father and mother, which is the first command with a promise, 'That it may be well with thee, and thou mayest live a long time upon the land.'

Whoso is vilifying his father and his mother, Extinguished is his lamp in blackness of darkness.

for God did command, saying, Honour thy father and mother; and, He who is speaking evil of father or mother -- let him die the death; but ye say, Whoever may say to father or mother, An offering is whatever thou mayest be profited by me; -- and he may not honour his father or his mother, and ye did set aside the command of God because of your tradition.

for Moses said, Honour thy father and thy mother; and, He who is speaking evil of father or mother -- let him die the death; and ye say, If a man may say to father or to mother, Korban (that is, a gift), is whatever thou mayest be profited out of mine, and no more do ye suffer him to do anything for his father or for his mother,read more.
setting aside the word of God for your tradition that ye delivered; and many such like things ye do.'

Cursed is he who is lying with his mother-in-law, -- and all the people have said, Amen.

and said, For this cause shall a man leave father and mother, and cleave to his wife, and they shall be -- the two -- for one flesh?

on this account shall a man leave his father and mother, and shall cleave unto his wife,

for this cause shall a man leave his father and mother, and shall be joined to his wife, and they shall be -- the two -- for one flesh;'

And Boaz answereth and saith to her, 'It hath thoroughly been declared to me all that thou hast done with thy mother-in-law, after the death of thy husband, and thou dost leave thy father, and thy mother, and the land of thy birth, and dost come in unto a people which thou hast not known heretofore.

And Jesus having come into the house of Peter, saw his mother-in-law laid, and fevered, and he touched her hand, and the fever left her, and she arose, and was ministering to them.

And immediately, having come forth out of the synagogue, they went to the house of Simon and Andrew, with James and John, and the mother-in-law of Simon was lying fevered, and immediately they tell him about her, and having come near, he raised her up, having laid hold of her hand, and the fever left her immediately, and she was ministering to them.

And having risen out of the synagogue, he entered into the house of Simon, and the mother-in-law of Simon was pressed with a great fever, and they did ask him about her,

And having stretched forth his hand toward his disciples, he said, 'Lo, my mother and my brethren! for whoever may do the will of my Father who is in the heavens, he is my brother, and sister, and mother.'

Then come do his brethren and mother, and standing without, they sent unto him, calling him, and a multitude was sitting about him, and they said to him, 'Lo, thy mother and thy brethren without do seek thee.' And he answered them, saying, 'Who is my mother, or my brethren?'read more.
And having looked round in a circle to those sitting about him, he saith, 'Lo, my mother and my brethren! for whoever may do the will of God, he is my brother, and my sister, and mother.'

And there came unto him his mother and brethren, and they were not able to get to him because of the multitude, and it was told him, saying, 'Thy mother and thy brethren do stand without, wishing to see thee;' and he answering said unto them, 'My mother and my brethren! they are those who the word of God are hearing, and doing.'

And Jesus answering said, 'Verily I say to you, there is no one who left house, or brothers, or sisters, or father, or mother, or wife, or children, or fields, for my sake, and for the good news',

and he said to them, 'Verily I say to you, that there is not one who left house, or parents, or brothers, or wife, or children, for the sake of the reign of God, who may not receive back manifold more in this time, and in the coming age, life age-during.'