23 Bible Verses about Nature Of Kings 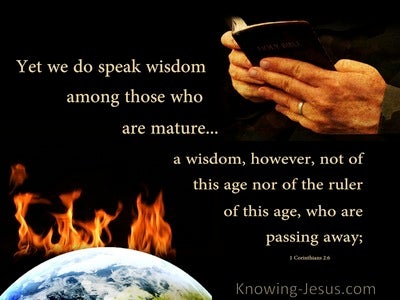 As heaven is to height and the earth is to depth, so [is] the heart of kings--there is no searching.

The glory of God conceals things, but the glory of kings searches out things.

a strutting rooster or he-goat, and a king [whose] army [is] with him.

{It came about in the spring}, at the time {kings} go out, David sent Joab and his servants with him and all of Israel. They ravaged all of the {Ammonites} and besieged Rabbah, but David [was] remaining in Jerusalem.

And so then, listen to their voice. However, you must earnestly warn them; you must explain to them the custom of the king who will rule over them."

So Samuel spoke all the words of Yahweh to the people who [were] requesting a king from him. He said, "This will be the custom of the king who will reign over you: he will take your sons and appoint them to his chariots and his horsemen, and they will run before his chariots. He will appoint for himself commanders of thousands and commanders of fifties, and [those] {to do his plowing} and to reap his harvest, and [those] to make weapons of war and the equipment for his chariots.read more.
He will take your daughters as [his] perfume makers and as cooks and as bakers. He will take the best of your fields and your vineyards and your olive trees and will give [them] to his servants. He will take a tenth of your seed and your vineyards and give [it] to his high officials and to his servants. He will take your male slaves and your female slaves and the best of your young men and your donkeys and {will use them for his projects}. He will take a tenth of your flocks, and you [yourselves] will become his servants. So you will cry out on that day because of your king whom you have chosen for yourselves, but Yahweh will not answer you on that day!"

The produce of the land is exploited by everyone; {even the king profits from the field [of the poor]}!

Next, I considered wisdom, as well as delusion and folly. What can anyone [do] who will come after the king that has not already been done?

[The] kings of [the] earth did not believe, and all [the] inhabitants of [the] world, that a foe and an enemy could enter into the gates of Jerusalem.

You, O king, the king of kings, to whom the God of heaven has given the kingdom, the power and the might and the glory,

For now they will say, "We have no king; indeed, we did not fear Yahweh, and what can a king do for us?"

But what did you go out to see? A man dressed in soft clothing? Behold, those who wear soft clothing are in the houses of kings.

"The kingdom of heaven may be compared to a man--a king--who gave a wedding celebration for his son.

Now we do speak wisdom among the mature, but wisdom not of this age or of the rulers of this age, who are perishing,

Judges 8:18
Verse Concepts
What Kind?
Like People By Nature

And he said to Zebah and Zalmunna, "What type [were] the men whom you killed at Tabor?" And they said, "{They were like you}; each [one of them] had the appearance of the sons of the king."

For he says, "[Are] not my commanders altogether kings?

I chose their way, and I sat [as] head, and I dwelled like a king among the troops, like [one] who comforts mourners.

So they brought [one]. And he said to them, "Whose image and inscription [is] this?" And they said to him, "Caesar's."

"Show me a denarius! Whose image and inscription does it have?" And they answered [and] said, "Caesar's."

And you will take up Sikkuth, your king, and Kaiwan, your images, the star of your gods which you made for yourselves.