27 Bible Verses about Opportunities, And Salvation 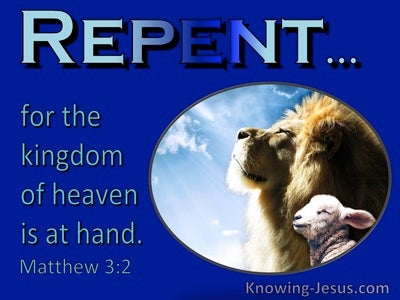 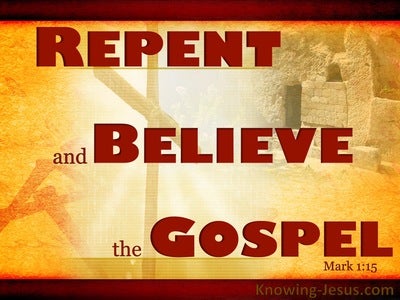 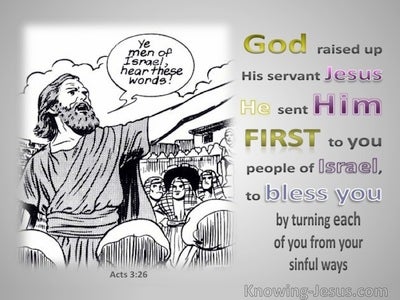 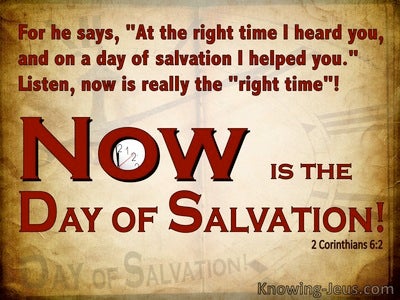 About this time John the Baptist made his appearance, preaching in the Desert of Judaea. "Repent," he said, "for the Kingdom of the Heavens is now close at hand."

But, when the time was fully come, God sent forth His Son, born of a woman, born subject to Law,

And as you go, preach and say, 'The Kingdom of the Heavens is close at hand.'

"The time has fully come," He said, "and the Kingdom of God is close at hand: repent, and believe this Good News.

For already, while we were still helpless, Christ at the right moment died for the ungodly.

Yes, and all the Prophets, from Samuel onwards--all who have spoken--have also announced the coming of this present time. "You are the heirs of the Prophets, and of the Covenant which God made with your forefathers when He said to Abraham, 'And through your posterity all the families of the world shall be blessed.' It is to you first that God, after raising His Servant from the grave, has sent Him to bless you, by causing every one of you to turn from your wickedness."

Those times of ignorance God viewed with indulgence. But now He commands all men everywhere to repent,

For as I passed along and observed the things you worship, I found also an altar bearing the inscription, 'TO AN UNKNOWN GOD.' "The Being, therefore, whom you, without knowing Him, revere, Him I now proclaim to you.

Or is it that you think slightingly of His infinite goodness, forbearance and patience, unaware that the goodness of God is gently drawing you to repentance?

But there is one thing, dear friends, which you must not forget. With the Lord one day resembles a thousand years and a thousand years resemble one day. The Lord is not slow in fulfilling His promise, in the sense in which some men speak of slowness. But He bears patiently with you, His desire being that no one should perish but that all should come to repentance.

He again definitely mentions a certain day, "To-day," saying long afterwards, by David's lips, in the words already quoted, "To-day, if you hear His voice, do not harden your hearts."

And another angel came out from the altar--he who had power over fire--and he spoke in a loud voice to him who had the sharp sickle, saying, "Use your sharp sickle, and gather the bunches from the vine of the earth, for its grapes are now quite ripe."

He said in a loud voice, "Fear God and give Him glory, because the time of His judgment has come; and worship Him who made sky and earth, the sea and the water-springs."

And you also we, as God's fellow workers, entreat not to be found to have received His grace to no purpose. For He says, "At a time of welcome I have listened to you, and on a day of salvation I have succoured you." Now is the time of loving welcome! Now is the day of salvation!

We who have believed are soon to be admitted to the true rest; as He has said, "As I swore in My anger, they shall not be admitted to My rest," although God's works had been going on ever since the creation of the world.

And whoever refuses to receive you or even to listen to your Message, as you leave that house or town, shake off the very dust from your feet.

But wherever they will not receive you or listen to you, when you leave shake off the very dust from under your feet to bear witness concerning them."

Wherever they refuse to receive you, as you leave that town shake off the very dust from your feet as a protest against them."

When He came into full view of the city, He wept aloud over it, and exclaimed, "O that at this time thou hadst known--yes even thou--what makes peace possible! But now it is hid from thine eyes.

Then, throwing off all reserve, Paul and Barnabas said, "We were bound to proclaim God's Message to you first. But since you spurn it and judge yourselves to be unworthy of the Life of the Ages--well, we turn to the Gentiles. For such is the Lord's command to us. "'I have placed Thee,' He says of Christ, 'as a light to the Gentiles, in order that Thou mayest be a Saviour as far as the remotest parts of the earth.'" The Gentiles listened with delight and extolled the Lord's Message; and all who were pre-destined to the Life of the Ages believed.read more.
So the Lord's Message spread through the whole district. But the Jews influenced the gentlewomen of rank who worshipped with them, and also the leading men in the city, and stirred up persecution against Paul and Barnabas and drove them out of the district. But they shook off the dust from their feet as a protest against them and came to Iconium;

Unable to agree among themselves, they at last left him, but not before Paul had spoken a parting word to them, saying, "Right well did the Holy Spirit say to your forefathers through the Prophet Isaiah: "'Go to this people and tell them, you will hear and hear, and by no means understand; and will look and look, and by no means see. For this people's mind has grown callous, their hearing has become dull, and their eyes they have closed; to prevent their ever seeing with their eyes, or hearing with their ears, or understanding with their minds, and turning back, so that I might cure them.'read more.
"Be fully assured, therefore, that this salvation--God's salvation--has now been sent to the Gentiles, and that they, at any rate, will give heed."

Do you not say, 'It wants four months yet to the harvest'? But look round, I tell you, and observe these plains-- they are already ripe for the sickle.

And He addressed them thus: "The harvest is abundant, but the reapers are few: therefore entreat the Owner of the harvest to send out more reapers into His fields. And now go.

for a wide door stands open before me which demands great efforts, and we have many opponents.

Behave wisely in relation to the outside world, buying up your opportunities.

but in your hearts consecrate Christ as Lord, being always ready to make your defence to any one who asks from you a reason for the hope which you cherish.