18 Bible Verses about Prayer, And Faith 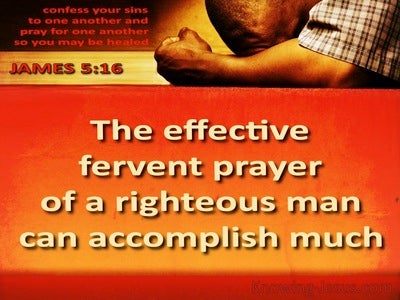 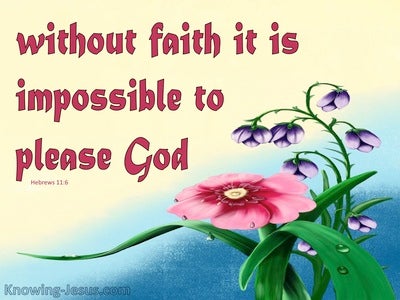 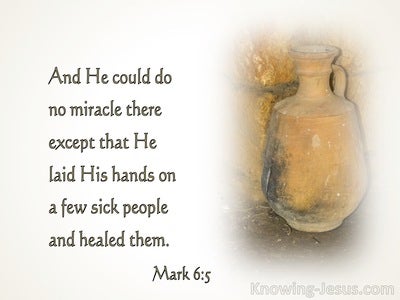 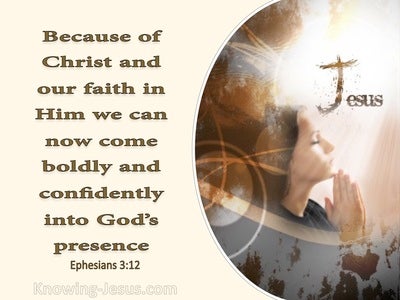 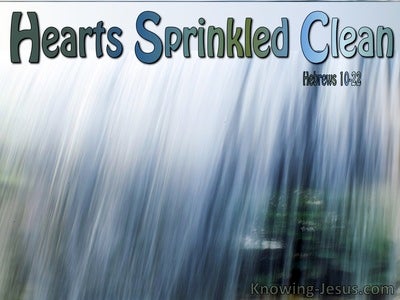 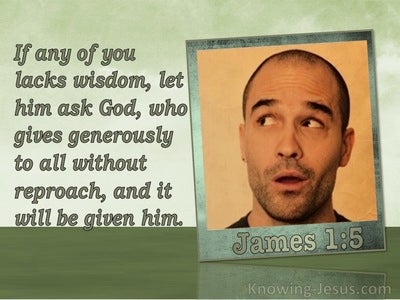 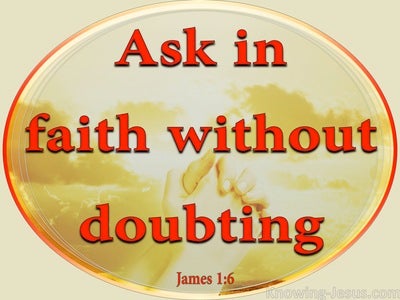 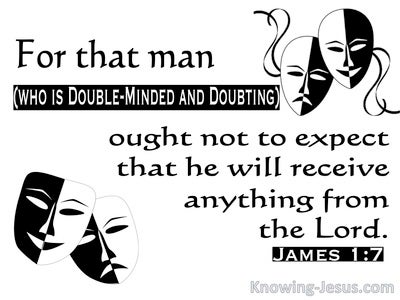 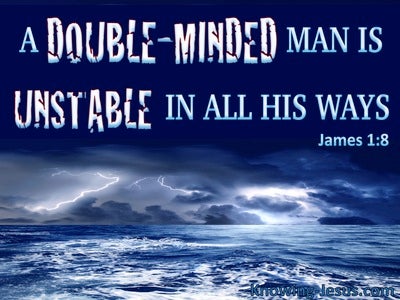 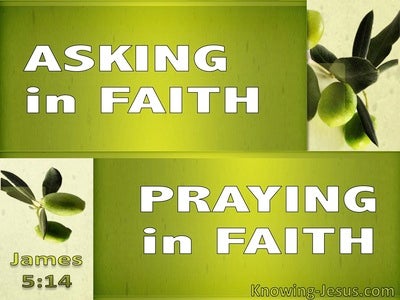 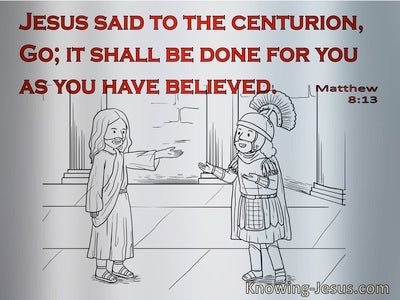 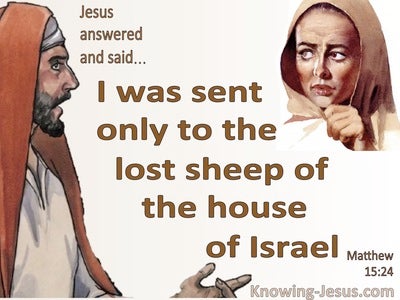 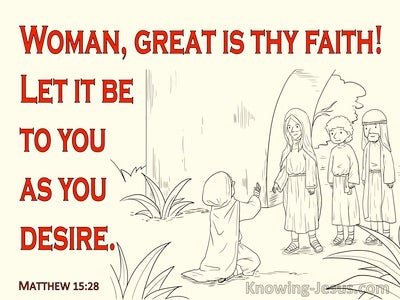 But where there is no faith it is impossible truly to please Him; for the man who draws near to God must believe that there is a God and that He proves Himself a rewarder of those who earnestly try to find Him.

And He could not do any miracle there, except that He laid His hands on a few who were out of health and cured them; and He wondered at their unbelief. So He went round the adjacent villages, teaching.

Therefore confess your sins to one another, and pray for one another, so that you may be cured. The heartfelt supplication of a righteous man exerts a mighty influence. Elijah was a man with a nature similar to ours, and he earnestly prayed that there might be no rain: and no rain fell on the land for three years and six months. Again he prayed, and the sky gave rain and the land yielded its crops.

in whom we have this bold and confident access through our faith in Him.

let us draw near with sincerity and unfaltering faith, having had our hearts sprinkled, once for all, from consciences oppressed with sin, and our bodies bathed in pure water.

"I solemnly tell you," said Jesus, "that if you have an unwavering faith, you shall not only perform such a miracle as this of the fig-tree, but that even if you say to this mountain, 'Be thou lifted up and hurled into the sea,' it shall be done; and everything, whatever it be, that you ask for in your prayers, if you have faith, you shall obtain."

Jesus said to them, "Have faith in God. In solemn truth I tell you that if any one shall say to this mountain, 'Remove, and hurl thyself into the sea,' and has no doubt about it in his heart, but stedfastly believes that what he says will happen, it shall be granted him. That is why I tell you, as to whatever you pray and make request for, if you believe that you have received it it shall be yours.

And if any one of you is deficient in wisdom, let him ask God for it, who gives with open hand to all men, and without upbraiding; and it will be given him. But let him ask in faith and have no doubts; for he who has doubts is like the surge of the sea, driven by the wind and tossed into spray. A person of that sort must not expect to receive anything from the Lord--read more.
such a one is a man of two minds, undecided in every step he takes.

Is any one ill? Let him send for the Elders of the Church, and let them pray over him, after anointing him with oil in the name of the Lord. And the prayer of faith will restore the sick man, and the Lord will raise him up to health; and if he has committed sins, they shall be forgiven.

As Jesus passed on, two blind men followed Him, shouting and saying, "Pity us, Son of David." And when He had gone indoors, they came to Him. "Do you believe that I can do this?" He asked them. "Yes, Sir," they replied. So He touched their eyes and said, "According to your faith let it be to you."read more.
Then their eyes were opened. And assuming a stern tone Jesus said to them, "Be careful to let no one know."

After His entry into Capernaum a Captain came to Him, and entreated Him. "Sir," he said, "my servant at home is lying ill with paralysis, and is suffering great pain." "I will come and cure him," said Jesus.read more.
"Sir," replied the Captain, "I am not a fit person to receive you under my roof: merely say the word, and my servant will be cured. For I myself am also under authority, and have soldiers under me. To one I say 'Go,' and he goes, to another 'Come,' and he comes, and to my slave 'Do this or that,' and he does it." Jesus listened to this reply, and was astonished, and said to the people following Him, "I solemnly tell you that in no Israelite have I found faith as great as this. And I tell you that many will come from the east and from the west and will recline at table with Abraham, Isaac and Jacob in the Kingdom of the Heavens, while the natural heirs of the Kingdom will be driven out into the darkness outside: there will be the weeping aloud and the gnashing of teeth." And Jesus said to the Captain, "Go, and just as you have believed, so be it for you." And the servant recovered precisely at that time.

After He had finished teaching all these things in the hearing of the people, He went into Capernaum. Here the servant of a certain Captain, a man dear to his master, was ill and at the point of death; and the Captain, hearing about Jesus, sent to Him some of the Jewish Elders, begging Him to come and restore his servant to health.read more.
And they, when they came to Jesus, earnestly entreated Him, pleading, "He deserves to have this favour granted him, for he loves our nation, and at his own expense he built our synagogue for us." Then Jesus went with them. But when He was not far from the house, the Captain sent friends to Him with the message: "Sir, do not trouble to come. I am not worthy of having you come under my roof; and therefore I did not deem myself worthy to come to you. Only speak the word, and let my young man be cured. For I too am a man obedient to authority, and have soldiers under me; and I say to one, 'Go,' and he goes; to another, 'Come,' and he comes; and to my slave, 'Do this or that,' and he does it." Jesus listened to the Captain's message and was astonished at him, and He turned and said to the crowd that followed Him, "I tell you that not even in Israel have I found faith like that." And the friends who had been sent, on returning to the house, found the servant in perfect health.

But a woman who for twelve years had been afflicted with haemorrhage came behind Him and touched the tassel of His cloak; for she said to herself, "If I but touch His cloak, I shall be cured." And Jesus turned and saw her, and said, "Take courage, daughter; your faith has cured you." And the woman was restored to health from that moment.

Now a woman who for twelve years had suffered from haemorrhage, and had undergone many different treatments under a number of doctors and had spent all she had without receiving benefit but on the contrary growing worse, heard of Jesus. And she came in the crowd behind Him and touched His cloak;read more.
for she said, "If I but touch His clothes, I shall be cured." In a moment the flow of her blood ceased, and she felt in herself that her complaint was cured. Immediately Jesus, well knowing that healing power had gone from within Him, turned round in the crowd and asked, "Who touched my clothes?" "You see the multitude pressing you on all sides," His disciples exclaimed, "and yet you ask, 'Who touched me?'" But He continued looking about to see the person who had done this, until the woman, frightened and trembling, knowing what had happened to her, came and threw herself at His feet, and told Him all the truth. "Daughter," He said, "your faith has cured you: go in peace, and be free from your complaint."

And a woman who for twelve years had been afflicted with haemorrhage--and had spent on doctors all she had, but none of them had been able to cure her-- came close behind Him and touched the tassel of His robe; and instantly her flow of blood stopped. "Who is it touched me?" Jesus asked. And when all denied having done so, Peter and the rest said, "Rabbi, the crowds are hemming you in and pressing on you."read more.
"Some one has touched me," Jesus replied, "for I feel that power has gone out from me." Then the woman, perceiving that she had not escaped notice, came trembling, and throwing herself down at His feet she stated before all the people the reason why she had touched Him and how she was instantly cured. "Daughter," said He, "your faith has cured you; go, and be at peace."

Leaving that place, Jesus withdrew into the vicinity of Tyre and Sidon. Here a Canaanitish woman of the district came out and persistently cried out, "Sir, Son of David, pity me; my daughter is cruelly harassed by a demon." But He answered her not a word. Then the disciples interposed, and begged Him, saying, "Send her away because she keeps crying behind us."read more.
"I have only been sent to the lost sheep of the house of Israel," He replied. Then she came and threw herself at His feet and entreated Him. "O Sir, help me," she said. "It is not right," He said, "to take the children's bread and throw it to the dogs." "Be it so, Sir," she said, "for even the dogs eat the scraps which fall from their masters' tables." "O woman," replied Jesus, "great is your faith: be it done to you as you desire." And from that moment her daughter was restored to health.

Then He rose and left that place and went into the neighbourhood of Tyre and Sidon. Here He entered a house and wished no one to know it, but He could not escape observation. Forthwith a woman whose little daughter was possessed by a foul spirit heard of Him, and came and flung herself at His feet. She was a Gentile woman, a Syro-phoenician by nation: and again and again she begged Him to expel the demon from her daughter.read more.
"Let the children first eat all they want," He said; "it is not right to take the children's bread and throw it to the dogs." "True, Sir," she replied, "and yet the dogs under the table eat the children's scraps." "For those words of yours, go home," He replied; "the demon has gone out of your daughter." So she went home, and found the child lying on the bed, and the demon gone.

Elijah was a man with a nature similar to ours, and he earnestly prayed that there might be no rain: and no rain fell on the land for three years and six months. Again he prayed, and the sky gave rain and the land yielded its crops.