38 Bible Verses about Satan, As Tempter 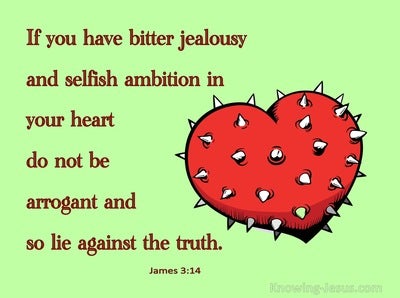 Satan answered the Lord and said, “Skin for skin! Yes, all that a man has he will give for his life. However, put forth Your hand now, and touch his bone and his flesh; he will curse You to Your face.”

For this reason, when I could endure it no longer, I also sent to find out about your faith, for fear that the tempter might have tempted you, and our labor would be in vain.

“Simon, Simon, behold, Satan has demanded permission to sift you like wheat;

And he must have a good reputation with those outside the church, so that he will not fall into reproach and the snare of the devil.

and they may come to their senses and escape from the snare of the devil, having been held captive by him to do his will.

But Peter said, “Ananias, why has Satan filled your heart to lie to the Holy Spirit and to keep back some of the price of the land? While it remained unsold, did it not remain your own? And after it was sold, was it not under your control? Why is it that you have conceived this deed in your heart? You have not lied to men but to God.” And as he heard these words, Ananias fell down and breathed his last; and great fear came over all who heard of it.read more.
The young men got up and covered him up, and after carrying him out, they buried him. Now there elapsed an interval of about three hours, and his wife came in, not knowing what had happened. And Peter responded to her, “Tell me whether you sold the land for such and such a price?” And she said, “Yes, that was the price.” Then Peter said to her, “Why is it that you have agreed together to put the Spirit of the Lord to the test? Behold, the feet of those who have buried your husband are at the door, and they will carry you out as well.”

And in their heart they put God to the test
By asking food according to their desire.

But craved intensely in the wilderness,
And tempted God in the desert.

Now therefore why do you put God to the test by placing upon the neck of the disciples a yoke which neither our fathers nor we have been able to bear?

But Peter said, “Ananias, why has Satan filled your heart to lie to the Holy Spirit and to keep back some of the price of the land?

Stop depriving one another, except by agreement for a time, so that you may devote yourselves to prayer, and come together again so that Satan will not tempt you because of your lack of self-control.

Therefore, I want younger widows to get married, bear children, keep house, and give the enemy no occasion for reproach; for some have already turned aside to follow Satan.

But one whom you forgive anything, I forgive also; for indeed what I have forgiven, if I have forgiven anything, I did it for your sakes in the presence of Christ, so that no advantage would be taken of us by Satan, for we are not ignorant of his schemes.

And He was in the wilderness forty days being tempted by Satan; and He was with the wild beasts, and the angels were ministering to Him.

But He turned and said to Peter, “Get behind Me, Satan! You are a stumbling block to Me; for you are not setting your mind on God’s interests, but man’s.”

Mark 8:33
Verse Concepts
Enemies Of GodOther References To The DisciplesDiscipleshiprebukingmindsetevil, believers' responses toDiscernment of Jesus
Peter, The DiscipleThoughts Of The WickedRebukeSatan, Agents OfSatan, As The Enemy Of GodMan's Teaching

But turning around and seeing His disciples, He rebuked Peter and *said, “Get behind Me, Satan; for you are not setting your mind on God’s interests, but man’s.”

You have put all things in subjection under his feet.”For in subjecting all things to him, He left nothing that is not subject to him. But now we do not yet see all things subjected to him.

Do not fear what you are about to suffer. Behold, the devil is about to cast some of you into prison, so that you will be tested, and you will have tribulation for ten days. Be faithful until death, and I will give you the crown of life.

Keep watching and praying that you may not enter into temptation; the spirit is willing, but the flesh is weak.”

Keep watching and praying that you may not come into temptation; the spirit is willing, but the flesh is weak.”

When He arrived at the place, He said to them, “Pray that you may not enter into temptation.”

but I have prayed for you, that your faith may not fail; and you, when once you have turned again, strengthen your brothers.”

then the Lord knows how to rescue the godly from temptation, and to keep the unrighteous under punishment for the day of judgment,