25 Bible Verses about Saul And David 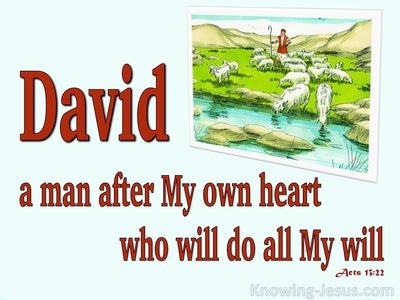 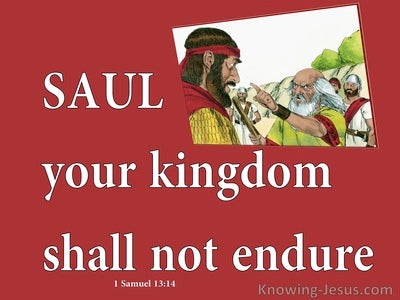 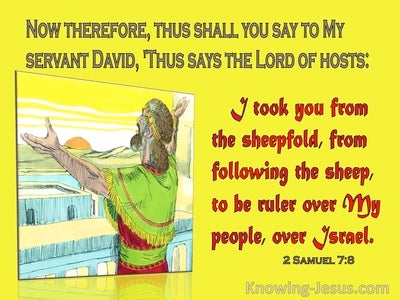 And Samuel saith unto Saul, 'Thou hast been foolish; thou hast not kept the command of Jehovah thy God, which He commanded thee, for now had Jehovah established thy kingdom over Israel unto the age; and, now, thy kingdom doth not stand, Jehovah hath sought for Himself a man according to His own heart, and Jehovah chargeth him for leader over His people, for thou hast not kept that which Jehovah commanded thee.'

for all the days that the son of Jesse liveth on the ground thou art not established, thou and thy kingdom; and now, send and bring him unto me, for he is a son of death.'

and the servants of Achish say unto him, 'Is not this David king of the land? is it not of this one they sing in dances, saying, 'Saul smote among his thousands, and David among his myriads?'

And the king saith, 'And where is the son of thy lord?' and Ziba saith unto the king, 'Lo, he is abiding in Jerusalem, for he said, To-day do the house of Israel give back to me the kingdom of my father.'

and, now, thy kingdom doth not stand, Jehovah hath sought for Himself a man according to His own heart, and Jehovah chargeth him for leader over His people, for thou hast not kept that which Jehovah commanded thee.'

to cause the kingdom to pass over from the house of Saul, and to raise up the throne of David over Israel, and over Judah, from Dan even unto Beer-Sheba.'

And Jehovah saith unto Samuel, 'Till when art thou mourning for Saul, and I have rejected him from reigning over Israel? fill thy horn with oil, and go, I send thee unto Jesse the Beth-Lehemite, for I have seen among his sons for Myself a king.

and saith unto him, 'Fear not, for the hand of Saul my father doth not find thee, and thou dost reign over Israel, and I am to thee for second, and also so knoweth Saul my father.'

'And, now, lo, I have known that thou dost certainly reign, and the kingdom of Israel hath stood in thy hand;

2 Samuel 5:2
Verse Concepts
Going Out And Coming In
God, As Shepherd

also heretofore, in Saul's being king over us, thou hast been he who is bringing out and bringing in Israel, and Jehovah saith to thee, Thou dost feed My people Israel, and thou art for leader over Israel.'

And David saith unto Michal, ' -- Before Jehovah, who fixed on me above thy father, and above all his house, to appoint me leader over the people of Jehovah, and over Israel, -- yea, I played before Jehovah;

and now, thus dost thou say to My servant, to David: 'Thus said Jehovah of Hosts, I have taken thee from the comely place, from after the flock, to be leader over My people, over Israel;

and having removed him, He did raise up to them David for king, to whom also having testified, he said, I found David, the son of Jesse, a man according to My heart, who shall do all My will.

'And it hath been, when Jehovah doth to my lord according to all the good which He hath spoken concerning thee, and appointed thee for leader over Israel,

and David knoweth that Jehovah hath established him for king over Israel, and that He hath lifted up his kingdom, because of His people Israel.

And Jehovah doth for Himself as He hath spoken by my hand, and Jehovah rendeth the kingdom out of thy hand, and giveth it to thy neighbour -- to David.

Matthew 1:6
Verse Concepts
Other Wives
Those Who Committed Adultery

And David reigneth over all Israel, and David is doing judgment and righteousness to all his people,

And those building have founded the temple of Jehovah, and they appoint the priests, clothed, with trumpets, and the Levites, sons of Asaph, with cymbals, to praise Jehovah, by means of the instruments of David king of Israel.

Afterwards turned back have the sons of Israel, and sought Jehovah their God, and David their king, and have hastened unto Jehovah, and unto His goodness, in the latter end of the days.

so that Jehovah doth establish His word which He spake unto me, saying, If thy sons observe their way to walk before Me in truth, with all their heart, and with all their soul; saying, There is not cut off a man of thine from the throne of Israel.

And now, Jehovah, God of Israel, keep for Thy servant David my father that which Thou spakest to him, saying, There is not cut off to thee a man from before Me, sitting on the throne of Israel -- only, if thy sons watch their way, to walk before Me as thou hast walked before Me.

For thus said Jehovah: 'Not cut off to David is one sitting on the throne of the house of Israel,

Also My covenant is broken with David My servant, So that he hath not a son reigning on his throne, And with the Levites the priests, My ministers.