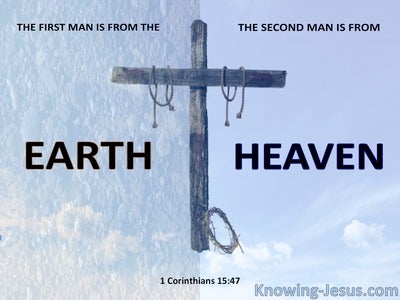 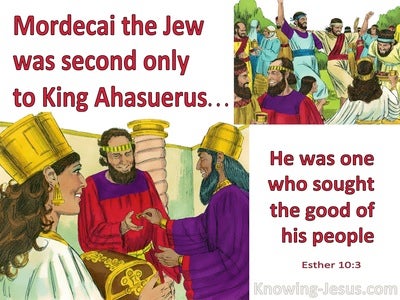 Indeed, Mordecai the Jew was second in authority only to King Ahasuerus and was a powerful official among the Jewish people. Mordecai was accepted favorably by his many kinsmen, and he sought the good of his countrymen and spoke out for the welfare of all his people.

Then the father went to the other son and told him the same thing. He replied, "I will, sir,' but he didn't go.

The same thing happened with the second brother, and then the third, and finally with the rest of the brothers.

Then the second married her and died without having children, and so did the third.

"The second servant came and said, "Your coin, sir, has earned five coins.'

They passed the first guard, then the second, and came to the iron gate that led into the city. It opened by itself for them, and they went outside and proceeded one block when the angel suddenly left him.

When the second angel blew his trumpet, something like a huge mountain burning with fire was thrown into the sea. One-third of the sea turned into blood,

Then another angel, a second one, followed him, saying, "Fallen! Babylon the Great has fallen! She has made all nations drink the wine, the wrath earned for her sexual sins."

The second angel poured his bowl into the sea. It became like the blood of a dead body, and every living thing in the sea died.