10 Bible Verses about The Smiting Of Jesus 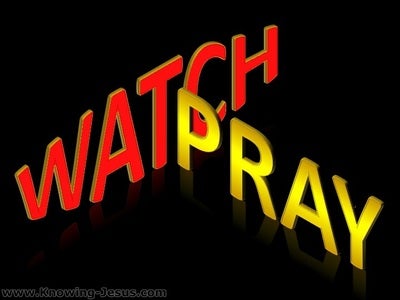 I gave my back to those who beat me and my cheeks to those who pulled out my beard. I did not turn away my face from insults and spitting.

Then Jesus told them, "All of you will turn against me, because it is written, "I will strike the shepherd, and the sheep will be scattered.'

After singing a hymn, they went out to the Mount of Olives. Then Jesus told them, "All of you will turn against me, because it is written, "I will strike the shepherd, and the sheep will be scattered.' However, after I've been raised, I'll go to Galilee ahead of you."read more.
But Peter told him, "Even if everyone else turns against you, I certainly won't." Jesus told him, "I tell you with certainty, today, this very night, before a rooster crows twice, you'll deny me three times." But Peter kept saying emphatically, "Even if I have to die with you, I'll never deny you!" And all the others kept saying the same thing. Then they came to a place called Gethsemane, and he told his disciples, "Sit down here while I pray." He took Peter, James, and John along with him, and he began to feel distressed and troubled. So he told them, "I'm deeply grieved, even to the point of death. Wait here and stay awake." Going on a little farther, he fell to the ground and kept praying that if it were possible the hour might pass from him. He kept repeating, "Abba! Father! All things are possible for you. Take this cup away from me. Yet not what I want but what you want." When he went back, he found his disciples asleep. "Simon, are you asleep?" he asked Peter. "You couldn't stay awake for one hour, could you? All of you must stay awake and pray that you won't be tempted. The spirit is indeed willing, but the body is weak." He went away again and prayed the same prayer as before. Again he came back and found them asleep, because they could not keep their eyes open. They didn't even know what they should say to him. He came back a third time. "Are you still sleeping and resting?" he asked. "Enough of that! The time has come. Look! The Son of Man is being betrayed into the hands of sinners. Get up! Let's go! See, the one who is betraying me is near!" Just then, while Jesus was still speaking, Judas, one of the Twelve, arrived. A crowd armed with swords and clubs was with him. They were from the high priests, the scribes, and the elders. Now the betrayer personally had given them a signal, saying, "The one I kiss is the man. Arrest him, and lead him safely away." So Judas immediately went up to Jesus and said, "Rabbi," and kissed him tenderly. Then the men took hold of Jesus and arrested him. But one of those standing there drew his sword and struck the high priest's servant, cutting off his ear. Jesus asked them, "Have you come out with swords and clubs to arrest me as if I were a bandit? Day after day I was with you in the Temple teaching, yet you didn't arrest me. But the Scriptures must be fulfilled." Then all the disciples deserted Jesus and ran away. A certain young man, who was wearing nothing but a linen sheet, was following Jesus. When the men grabbed him, he left the linen sheet behind and ran away naked.

Then Jesus told them, "All of you will turn against me this very night, because it is written, "I will strike the shepherd, and the sheep of the flock will be scattered.'

He will endure being slapped in the face, bringing him public disgrace.

Then they spit on him and took the stick and hit him repeatedly on his head.

Some of them began to spit on him. They blindfolded him and kept hitting him with their fists and telling him, "Prophesy!" Even the servants took him and slapped him around.

Then the men who were holding Jesus in custody began to make fun of him while they beat him.

They kept coming up to him and saying, "Long live the king of the Jews!" Then they began to slap him on the face.