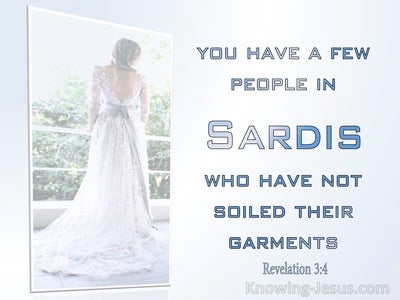 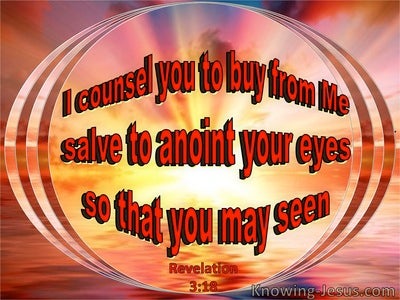 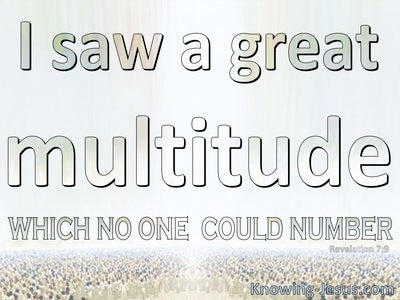 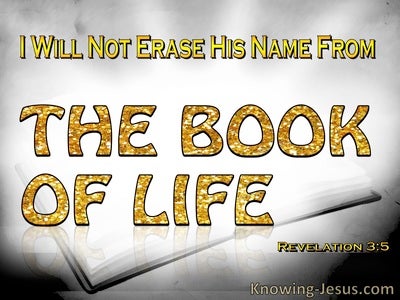 And as he prayed, the fashion of his countenance was altered, and his raiment was white and glistering.

And his raiment became shining, exceeding white as snow, so as no fuller on earth can white them.

Yet thou hast a few persons in Sardis who have not defiled their garments, and they shall walk with me in white, for they are worthy.

I counsel thee to buy of me gold refined in the fire, that thou may be made rich; and clothed in white raiment, so that the shame of thy nakedness not be uncovered; and anoint thine eyes with eyesalve, that thou may see.

And round about the throne were twenty-four thrones, and upon the thrones I saw twenty-four elders sitting, clothed in white raiment; and they had on their heads crowns of gold.

And white robes were given unto each one of them; and it was said unto them, that they should rest yet for a little while until their fellow servants and their brethren, that should be killed as they were, should be fulfilled.

And one of the elders responded and asked me, Who are these who are arrayed in long white robes? and where did they come from?

And the armies that are in the heaven followed him upon white horses, clothed in fine linen, white and clean.

Thy garments shall always be white, and thy head shall never lack ointment.

and [he] was transfigured before them, and his face shined as the sun, and his raiment was as white as the light.

And it came to pass as they were much perplexed thereabout, behold, two men stood by them in shining garments;

And Cornelius said, Four days ago I was fasting until this hour; and at the ninth hour I prayed in my house, and, behold, a man stood before me in bright clothing

and the seven angels came out of the temple, having the seven plagues, clothed in pure and white linen, and having their breasts girded with golden girdles.

He that overcomes shall likewise be clothed in white raiment, and I will not blot out his name out of the book of life, but I will confess his name before my Father and before his angels.