23 Bible Verses about Zion, As A Place 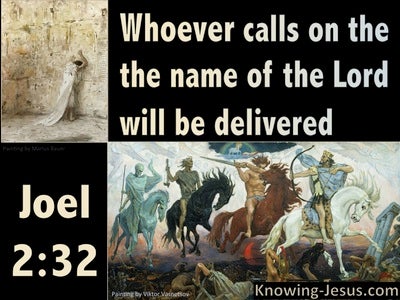 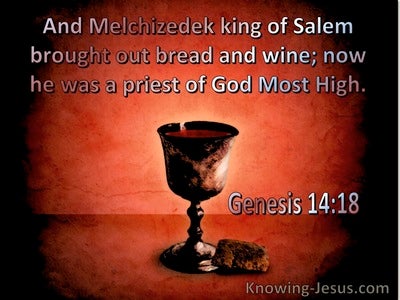 Then the king and his men went to Jerusalem unto the Jebusites, who dwelt in the land, who spoke unto David, saying, Except thou take away the blind and the lame, thou shalt not come in here, thinking, David cannot come in here. Nevertheless, David took the fortress of Zion; the same is the city of David.

Then Melchizedek, king of Salem, brought forth bread and wine, for he was the priest of the most high God.

Judges 1:21
Verse Concepts
Unable To ExpelWhere People Live To This DayJerusalem, History Of
PowerlessnessNot Driving Them Out

Then the king and his men went to Jerusalem unto the Jebusites, who dwelt in the land, who spoke unto David, saying, Except thou take away the blind and the lame, thou shalt not come in here, thinking, David cannot come in here.

And David said on that day, Who shall go up the waterspout and smite the Jebusites and the lame and the blind, that are hated of David's soul? Therefore they said, The blind and the lame shall not come into the house.

Nevertheless, David took the fortress of Zion; the same is the city of David.

Then David and all Israel went to Jerusalem, which is Jebus, for there the Jebusites were, the inhabitants of that land.

So David dwelt in the fortress and called it the city of David. And David built round about from Millo and inward.

And David dwelt in the fortress; therefore, they called it the city of David.

And Hiram, king of Tyre, also sent messengers to David, and cedar trees and carpenters and masons, and they built David a house.

Again, David gathered together all the chosen of Israel, thirty thousand. And David arose and went with all the people that were with him from Baale of Judah to bring up from there the ark of God upon which the name of the LORD of the hosts is invoked, who dwells there between the cherubim. And they set the ark of God upon a new cart and brought it out of the house of Abinadab that was in Gibeah, and Uzzah and Ahio, the sons of Abinadab drove the new cart.read more.
And when they brought it out of the house of Abinadab, which was at Gibeah, with the ark of God, Ahio went before the ark. And David and all the house of Israel danced before the LORD with all manner of instruments made of fir wood, even on harps and on psalteries and on timbrels and on cornets and on cymbals. And when they came to Nachon's threshingfloor, Uzzah put forth his hand to the ark of God and took hold of it, for the oxen shook it. And the anger of the LORD was kindled against Uzzah, and God smote him there for his effrontery, and there he died by the ark of God. And David was grieved because the LORD had made a breach upon Uzzah, and he called the name of the place Perezuzzah to this day. And David was afraid of the LORD that day and said, How shall the ark of the LORD come to me? So David would not remove the ark of the LORD unto him into the city of David, but David carried it aside into the house of Obededom, the Gittite. And the ark of the LORD continued in the house of Obededom the Gittite three months; and the LORD blessed Obededom, and all his household. And it was told King David, saying, The LORD has blessed the house of Obededom and all that pertains unto him because of the ark of God. So David went and brought up the ark of God from the house of Obededom into the city of David with gladness. And it was so that when those that bore the ark of the LORD had gone six paces, he sacrificed oxen and fatlings. And David danced before the LORD with all his might, and David was girded with a linen ephod. So David and all the house of Israel brought up the ark of the LORD with shouting and with the sound of the shofar. And as the ark of the LORD came into the city of David, Michal, Saul's daughter, looked through a window and saw King David leaping and dancing before the LORD, and she despised him in her heart. And they brought in the ark of the LORD and set it in its place, in the midst of the tent that David had pitched for it, and David offered burnt offerings and peace offerings before the LORD. And as soon as David had finished offering burnt offerings and peace offerings, he blessed the people in the name of the LORD of the hosts. And he dealt among all the people, even among the whole multitude of Israel, to the men as well to the women, to each one a cake of bread and a good piece of flesh and a flagon of wine. So all the people departed each one to his house. Then David returned to bless his household. And Michal, the daughter of Saul came out to meet David and said, How glorious was the king of Israel today, who uncovered himself today in the eyes of the handmaids of his slaves as one of the vain fellows shamelessly uncovers himself! Then David said unto Michal, It was before the LORD, who chose me over thy father and over all his house to appoint me prince over the people of the LORD, over Israel; therefore, I will dance before the LORD. And I will yet be more vile than thus and will be base in my own sight and before the maidservants whom thou hast spoken of, of them shall I be had in honour. Therefore, Michal, the daughter of Saul, had no children unto the day of her death.

Thou shalt see Zion, the city of our solemnities: thine eyes shall see Jerusalem a quiet habitation, a tabernacle that shall not be taken down; not one of its stakes shall ever be removed, neither shall any of its cords be broken.

Then Isaiah, the son of Amoz, sent to Hezekiah, saying, Thus hath the LORD God of Israel said, That which thou hast prayed to me regarding Sennacherib king of Assyria I have heard. This is the word that the LORD has spoken concerning him: Has he despised thee? Has he laughed thee to scorn, O virgin daughter of Zion? He has moved his head behind thy back, O daughter of Jerusalem.

Then Isaiah the son of Amoz sent unto Hezekiah, saying, Thus saith the LORD God of Israel, Whereas thou hast prayed to me against Sennacherib king of Assyria: This is the word which the LORD has spoken concerning him, Has he despised thee? Has he laughed thee to scorn O virgin daughter of Zion? Has he shaken his head behind thy back O daughter of Jerusalem?

And it shall come to pass that he that is left in Zion and he that remains in Jerusalem shall be called holy, even every one that is written among the living in Jerusalem,

Daleth The streets of Zion mourn because there are none to come to the solemnities; all her gates are destroyed; her priests sigh, her virgins are afflicted, and she is in bitterness. He Her enemies have been made the head; those who hated her have been prospered; for the LORD has afflicted her for the multitude of her rebellions; her children are gone into captivity before the enemy. Vau And from the daughter of Zion all her beauty is departed; her princes are become like harts that find no pasture, and they are gone without strength before the pursuer.read more.
Zain Jerusalem remembered the days of her affliction and of her rebellions and of all her desirable things that she had in the times of old when her people fell into the hand of the enemy, and no one helped her; the enemies saw her and mocked at her days of rest. Cheth Jerusalem has grievously sinned; therefore she is removed; all that honoured her despise her because they have seen her nakedness; yea, she sighs and is turned backward.

And it shall come to pass that whoever shall call on the name of the LORD shall escape: for in Mount Zion and in Jerusalem shall be salvation, as the LORD has said, and in those who are left, to whom the LORD shall have called.

Sing, O daughter of Zion; shout with joy O Israel; be glad and rejoice with all thy heart, O daughter of Jerusalem. The LORD has taken away thy judgments; he has cast out thine enemy; the LORD is king of Israel in the midst of thee; thou shalt not see evil any more. In that time it shall be said to Jerusalem, Do not fear; and to Zion, Do not let thine hands be slack.