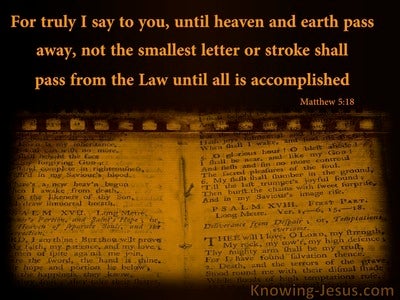 Then the king's scribes were called on the thirteenth day of the first month, and it was written according to all that Haman had commanded unto the king's lieutenants and to the governors that were over each province and to the rulers of every people of every province according to the writing thereof and to every people after their language; in the name of King Ahasuerus it was written and sealed with the king's ring.

Moreover the LORD said unto me, Take a great roll and write in it with a man's pen concerning Mahershalal-hashbaz.

Ye see how large a letter I have written unto you with my own hand.

For verily I say unto you, Until heaven and earth pass away, not one jot or one tittle shall pass from the law until all is fulfilled.

And it is easier for heaven and earth to pass than one tittle of the law to fail.