8 Bible Verses about Ambition, Example Of 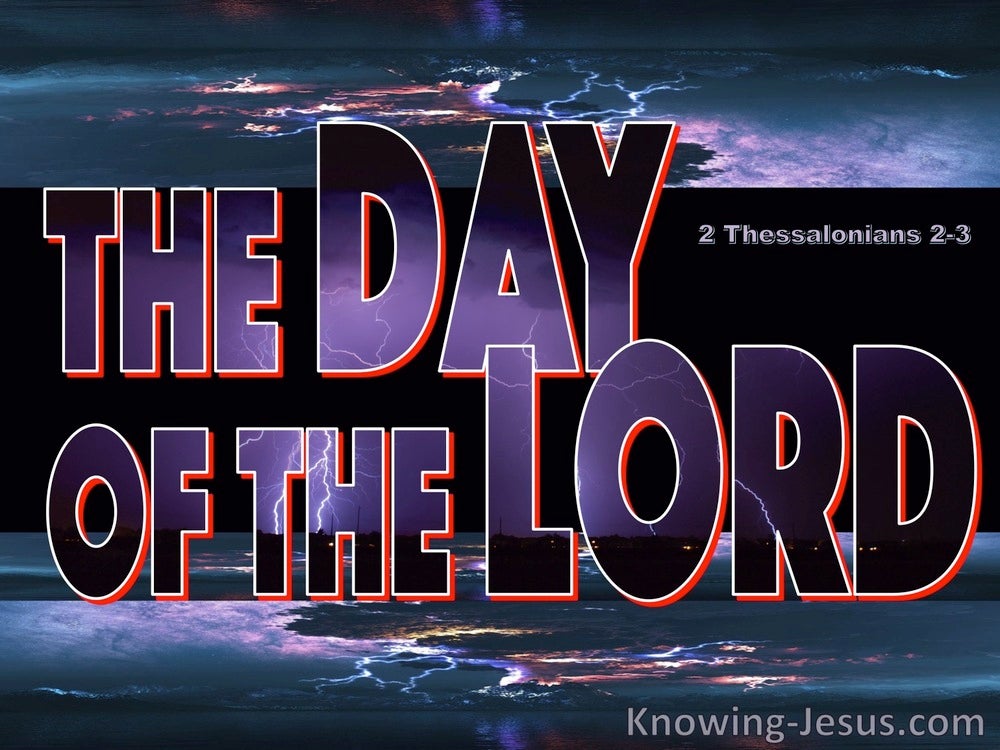 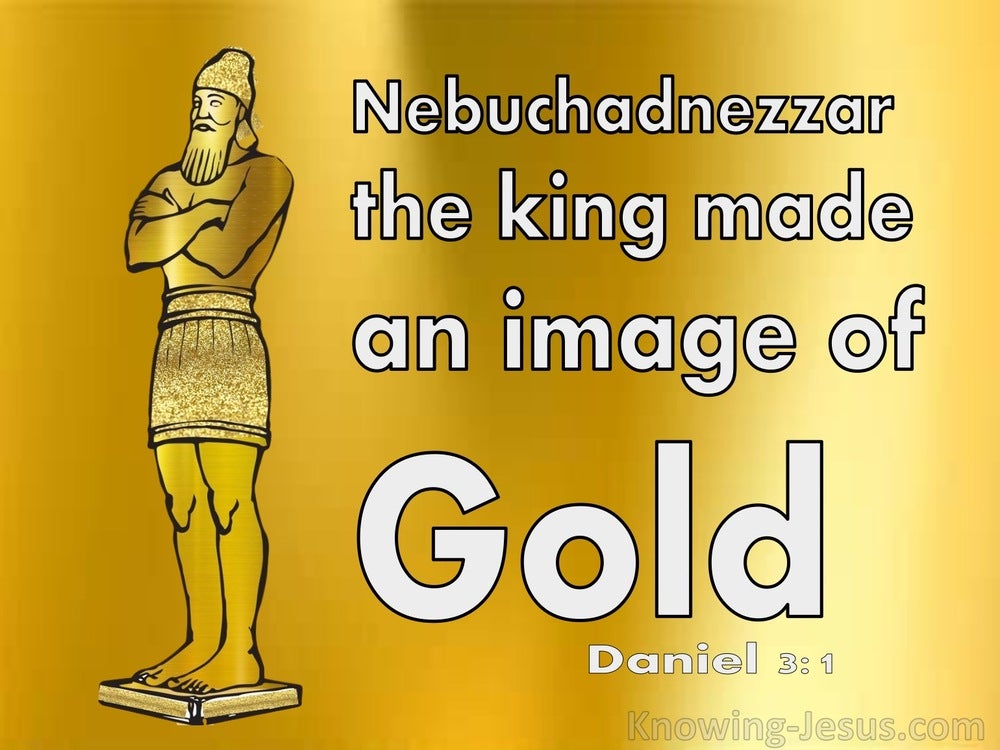 They said, “Come, let us build for ourselves a city, and a tower whose top will reach into heaven, and let us make for ourselves a name, otherwise we will be scattered abroad over the face of the whole earth.”

They assembled together against Moses and Aaron, and said to them, “You have gone far enough, for all the congregation are holy, every one of them, and the Lord is in their midst; so why do you exalt yourselves above the assembly of the Lord?” When Moses heard this, he fell on his face; and he spoke to Korah and all his company, saying, “Tomorrow morning the Lord will show who is His, and who is holy, and will bring him near to Himself; even the one whom He will choose, He will bring near to Himself.read more.
Do this: take censers for yourselves, Korah and all your company, and put fire in them, and lay incense upon them in the presence of the Lord tomorrow; and the man whom the Lord chooses shall be the one who is holy. You have gone far enough, you sons of Levi!” Then Moses said to Korah, “Hear now, you sons of Levi, is it not enough for you that the God of Israel has separated you from the rest of the congregation of Israel, to bring you near to Himself, to do the service of the tabernacle of the Lord, and to stand before the congregation to minister to them; and that He has brought you near, Korah, and all your brothers, sons of Levi, with you? And are you seeking for the priesthood also? Therefore you and all your company are gathered together against the Lord; but as for Aaron, who is he that you grumble against him?” Then Moses sent a summons to Dathan and Abiram, the sons of Eliab; but they said, “We will not come up. Is it not enough that you have brought us up out of a land flowing with milk and honey to have us die in the wilderness, but you would also lord it over us? Indeed, you have not brought us into a land flowing with milk and honey, nor have you given us an inheritance of fields and vineyards. Would you put out the eyes of these men? We will not come up!” Then Moses became very angry and said to the Lord, “Do not regard their offering! I have not taken a single donkey from them, nor have I done harm to any of them.” Moses said to Korah, “You and all your company be present before the Lord tomorrow, both you and they along with Aaron. Each of you take his firepan and put incense on it, and each of you bring his censer before the Lord, two hundred and fifty firepans; also you and Aaron shall each bring his firepan.” So they each took his own censer and put fire on it, and laid incense on it; and they stood at the doorway of the tent of meeting, with Moses and Aaron. Thus Korah assembled all the congregation against them at the doorway of the tent of meeting. And the glory of the Lord appeared to all the congregation. Then the Lord spoke to Moses and Aaron, saying, “Separate yourselves from among this congregation, that I may consume them instantly.” But they fell on their faces and said, “O God, God of the spirits of all flesh, when one man sins, will You be angry with the entire congregation?” Then the Lord spoke to Moses, saying, “Speak to the congregation, saying, ‘Get back from around the dwellings of Korah, Dathan and Abiram.’” Then Moses arose and went to Dathan and Abiram, with the elders of Israel following him, and he spoke to the congregation, saying, “Depart now from the tents of these wicked men, and touch nothing that belongs to them, or you will be swept away in all their sin.” So they got back from around the dwellings of Korah, Dathan and Abiram; and Dathan and Abiram came out and stood at the doorway of their tents, along with their wives and their sons and their little ones. Moses said, “By this you shall know that the Lord has sent me to do all these deeds; for this is not my doing. If these men die the death of all men or if they suffer the fate of all men, then the Lord has not sent me. But if the Lord brings about an entirely new thing and the ground opens its mouth and swallows them up with all that is theirs, and they descend alive into Sheol, then you will understand that these men have spurned the Lord.” As he finished speaking all these words, the ground that was under them split open; and the earth opened its mouth and swallowed them up, and their households, and all the men who belonged to Korah with their possessions. So they and all that belonged to them went down alive to Sheol; and the earth closed over them, and they perished from the midst of the assembly. All Israel who were around them fled at their outcry, for they said, “The earth may swallow us up!” Fire also came forth from the Lord and consumed the two hundred and fifty men who were offering the incense.

And Abimelech the son of Jerubbaal went to Shechem to his mother’s relatives, and spoke to them and to the whole clan of the household of his mother’s father, saying, “Speak, now, in the hearing of all the leaders of Shechem, ‘Which is better for you, that seventy men, all the sons of Jerubbaal, rule over you, or that one man rule over you?’ Also, remember that I am your bone and your flesh.” And his mother’s relatives spoke all these words on his behalf in the hearing of all the leaders of Shechem; and they were inclined to follow Abimelech, for they said, “He is our relative.”read more.
They gave him seventy pieces of silver from the house of Baal-berith with which Abimelech hired worthless and reckless fellows, and they followed him. Then he went to his father’s house at Ophrah and killed his brothers the sons of Jerubbaal, seventy men, on one stone. But Jotham the youngest son of Jerubbaal was left, for he hid himself. All the men of Shechem and all Beth-millo assembled together, and they went and made Abimelech king, by the oak of the pillar which was in Shechem.

Now it came about after this that Absalom provided for himself a chariot and horses and fifty men as runners before him. Absalom used to rise early and stand beside the way to the gate; and when any man had a suit to come to the king for judgment, Absalom would call to him and say, “From what city are you?” And he would say, “Your servant is from one of the tribes of Israel.” Then Absalom would say to him, “See, your claims are good and right, but no man listens to you on the part of the king.”read more.
Moreover, Absalom would say, “Oh that one would appoint me judge in the land, then every man who has any suit or cause could come to me and I would give him justice.” And when a man came near to prostrate himself before him, he would put out his hand and take hold of him and kiss him. In this manner Absalom dealt with all Israel who came to the king for judgment; so Absalom stole away the hearts of the men of Israel. Now it came about at the end of forty years that Absalom said to the king, “Please let me go and pay my vow which I have vowed to the Lord, in Hebron. For your servant vowed a vow while I was living at Geshur in Aram, saying, ‘If the Lord shall indeed bring me back to Jerusalem, then I will serve the Lord.’” The king said to him, “Go in peace.” So he arose and went to Hebron. But Absalom sent spies throughout all the tribes of Israel, saying, “As soon as you hear the sound of the trumpet, then you shall say, ‘Absalom is king in Hebron.’” Then two hundred men went with Absalom from Jerusalem, who were invited and went innocently, and they did not know anything. And Absalom sent for Ahithophel the Gilonite, David’s counselor, from his city Giloh, while he was offering the sacrifices. And the conspiracy was strong, for the people increased continually with Absalom. Then a messenger came to David, saying, “The hearts of the men of Israel are with Absalom.”

Then Haman went out that day glad and pleased of heart; but when Haman saw Mordecai in the king’s gate and that he did not stand up or tremble before him, Haman was filled with anger against Mordecai. Haman controlled himself, however, went to his house and sent for his friends and his wife Zeresh. Then Haman recounted to them the glory of his riches, and the number of his sons, and every instance where the king had magnified him and how he had promoted him above the princes and servants of the king.read more.
Haman also said, “Even Esther the queen let no one but me come with the king to the banquet which she had prepared; and tomorrow also I am invited by her with the king. Yet all of this does not satisfy me every time I see Mordecai the Jew sitting at the king’s gate.” Then Zeresh his wife and all his friends said to him, “Have a gallows fifty cubits high made and in the morning ask the king to have Mordecai hanged on it; then go joyfully with the king to the banquet.” And the advice pleased Haman, so he had the gallows made.

James and John, the two sons of Zebedee, *came up to Jesus, saying, “Teacher, we want You to do for us whatever we ask of You.” And He said to them, “What do you want Me to do for you?” They said to Him, “Grant that we may sit, one on Your right and one on Your left, in Your glory.”