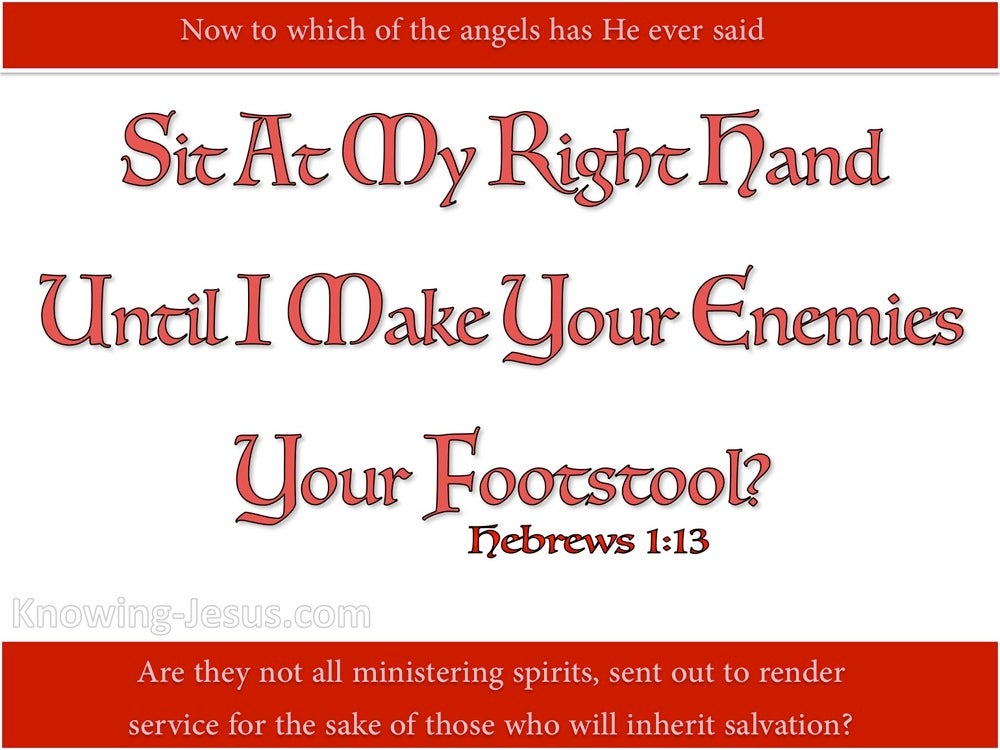 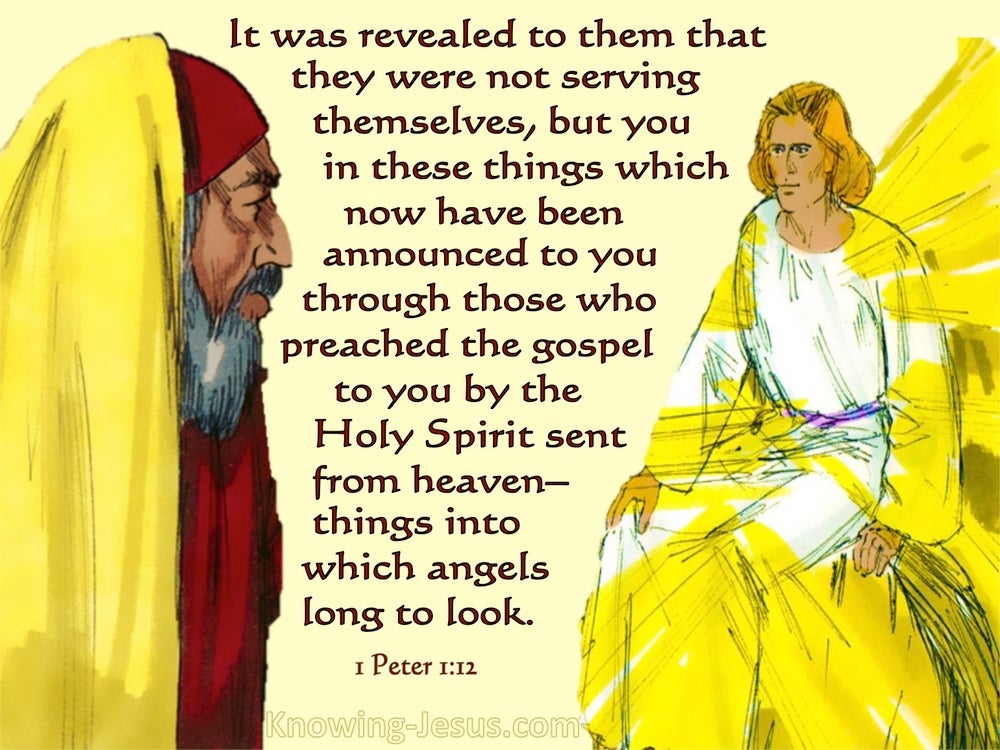 But to which of the angels has He ever said,
“Sit at My right hand,
Until I make Your enemies
A footstool for Your feet”?

For by Him all things were created, both in the heavens and on earth, visible and invisible, whether thrones or dominions or rulers or authorities—all things have been created through Him and for Him.

for they cannot even die anymore, because they are like angels, and are sons of God, being sons of the resurrection.

Hebrews 12:22
Verse Concepts
Belonging To HeavenzionChurch, Titles OfGod, Living And Self sustaining
An Innumerable NumberCityThousands Of Angels Worship GodNames And Titles For The Church

But you have come to Mount Zion and to the city of the living God, the heavenly Jerusalem, and to myriads of angels,

2 Samuel 14:17
Verse Concepts
Like AngelsKnowledge Of Good And EvilThe Angel Of God
God Be With YouDiscernment, Nature Of

Then your maidservant said, ‘Please let the word of my lord the king be comforting, for as the angel of God, so is my lord the king to discern good and evil. And may the Lord your God be with you.’”

I solemnly charge you in the presence of God and of Christ Jesus and of His chosen angels, to maintain these principles without bias, doing nothing in a spirit of partiality.

In the same way, I tell you, there is joy in the presence of the angels of God over one sinner who repents.”

It was revealed to them that they were not serving themselves, but you, in these things which now have been announced to you through those who preached the gospel to you by the Holy Spirit sent from heaven—things into which angels long to look.

When he lifted up his eyes and looked, behold, three men were standing opposite him; and when he saw them, he ran from the tent door to meet them and bowed himself to the earth, and said, “My Lord, if now I have found favor in Your sight, please do not pass Your servant by. Please let a little water be brought and wash your feet, and rest yourselves under the tree;read more.
and I will bring a piece of bread, that you may refresh yourselves; after that you may go on, since you have visited your servant.” And they said, “So do, as you have said.” So Abraham hurried into the tent to Sarah, and said, “Quickly, prepare three measures of fine flour, knead it and make bread cakes.” Abraham also ran to the herd, and took a tender and choice calf and gave it to the servant, and he hurried to prepare it. He took curds and milk and the calf which he had prepared, and placed it before them; and he was standing by them under the tree as they ate.

‘He puts no trust even in His servants;
And against His angels He charges error.

For the Lord Himself will descend from heaven with a shout, with the voice of the archangel and with the trumpet of God, and the dead in Christ will rise first.