27 Bible Verses about Angels as agents of judgment 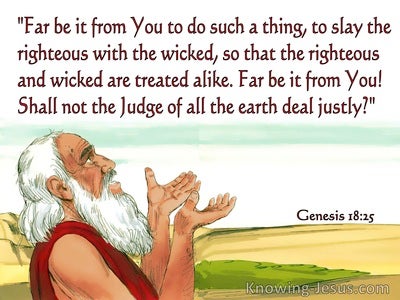 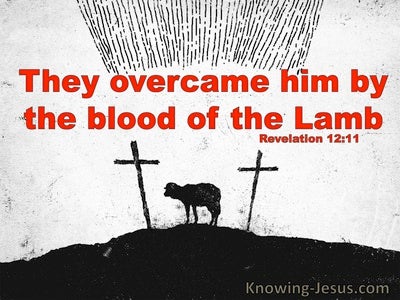 He sent upon them His burning anger,
Fury and indignation and trouble,
A band of destroying angels.

for we are about to destroy this place, because their outcry has become so great before the Lord that the Lord has sent us to destroy it.”

Then the Lord smote the people, because of what they did with the calf which Aaron had made.

Now when day came, there was no small disturbance among the soldiers as to what could have become of Peter. When Herod had searched for him and had not found him, he examined the guards and ordered that they be led away to execution. Then he went down from Judea to Caesarea and was spending time there. Now he was very angry with the people of Tyre and Sidon; and with one accord they came to him, and having won over Blastus the king’s chamberlain, they were asking for peace, because their country was fed by the king’s country.read more.
On an appointed day Herod, having put on his royal apparel, took his seat on the rostrum and began delivering an address to them. The people kept crying out, “The voice of a god and not of a man!” And immediately an angel of the Lord struck him because he did not give God the glory, and he was eaten by worms and died.

And God sent an angel to Jerusalem to destroy it; but as he was about to destroy it, the Lord saw and was sorry over the calamity, and said to the destroying angel, “It is enough; now relax your hand.” And the angel of the Lord was standing by the threshing floor of Ornan the Jebusite. Then David lifted up his eyes and saw the angel of the Lord standing between earth and heaven, with his drawn sword in his hand stretched out over Jerusalem. Then David and the elders, covered with sackcloth, fell on their faces.

When the angel stretched out his hand toward Jerusalem to destroy it, the Lord relented from the calamity and said to the angel who destroyed the people, “It is enough! Now relax your hand!” And the angel of the Lord was by the threshing floor of Araunah the Jebusite. Then David spoke to the Lord when he saw the angel who was striking down the people, and said, “Behold, it is I who have sinned, and it is I who have done wrong; but these sheep, what have they done? Please let Your hand be against me and against my father’s house.”

Then I heard a loud voice in heaven, saying,“Now the salvation, and the power, and the kingdom of our God and the authority of His Christ have come, for the accuser of our brethren has been thrown down, he who accuses them before our God day and night. And they overcame him because of the blood of the Lamb and because of the word of their testimony, and they did not love their life even when faced with death. For this reason, rejoice, O heavens and you who dwell in them. Woe to the earth and the sea, because the devil has come down to you, having great wrath, knowing that he has only a short time.”

Then the seventh angel sounded; and there were loud voices in heaven, saying,“The kingdom of the world has become the kingdom of our Lord and of His Christ; and He will reign forever and ever.”

Then another angel, a third one, followed them, saying with a loud voice, “If anyone worships the beast and his image, and receives a mark on his forehead or on his hand, he also will drink of the wine of the wrath of God, which is mixed in full strength in the cup of His anger; and he will be tormented with fire and brimstone in the presence of the holy angels and in the presence of the Lamb. And the smoke of their torment goes up forever and ever; they have no rest day and night, those who worship the beast and his image, and whoever receives the mark of his name.”read more.
Here is the perseverance of the saints who keep the commandments of God and their faith in Jesus. And I heard a voice from heaven, saying, “Write, ‘Blessed are the dead who die in the Lord from now on!’” “Yes,” says the Spirit, “so that they may rest from their labors, for their deeds follow with them.”

After this I saw four angels standing at the four corners of the earth, holding back the four winds of the earth, so that no wind would blow on the earth or on the sea or on any tree. And I saw another angel ascending from the rising of the sun, having the seal of the living God; and he cried out with a loud voice to the four angels to whom it was granted to harm the earth and the sea, saying, “Do not harm the earth or the sea or the trees until we have sealed the bond-servants of our God on their foreheads.”

2 Thessalonians 1:7
Verse Concepts
Christ And HeavenrelaxingrelaxationAccompanying The Second Coming
Trouble, Causes OfVoice Of The ArchangelAngels, Ministry To ChristFire Of Christ

and to give relief to you who are afflicted and to us as well when the Lord Jesus will be revealed from heaven with His mighty angels in flaming fire,

And He said, “The one who sows the good seed is the Son of Man, and the field is the world; and as for the good seed, these are the sons of the kingdom; and the tares are the sons of the evil one; and the enemy who sowed them is the devil, and the harvest is the end of the age; and the reapers are angels.read more.
So just as the tares are gathered up and burned with fire, so shall it be at the end of the age. The Son of Man will send forth His angels, and they will gather out of His kingdom all stumbling blocks, and those who commit lawlessness,

So it will be at the end of the age; the angels will come forth and take out the wicked from among the righteous, and will throw them into the furnace of fire; in that place there will be weeping and gnashing of teeth.

And another angel came out of the temple, crying out with a loud voice to Him who sat on the cloud, “Put in your sickle and reap, for the hour to reap has come, because the harvest of the earth is ripe.”