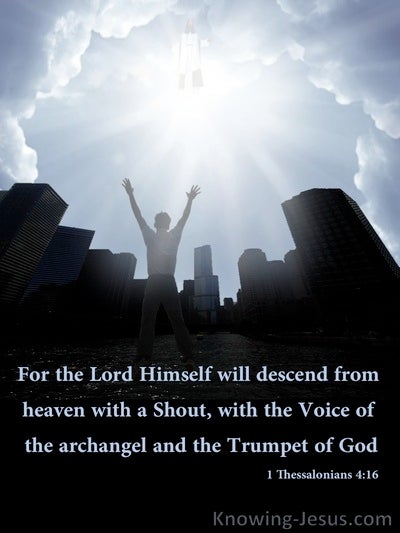 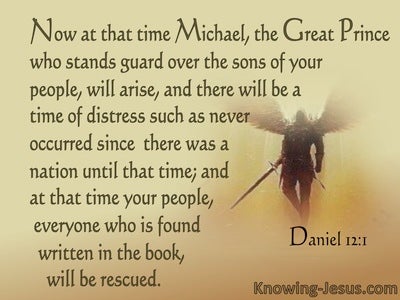 because the Lord himself, in a shout, in the voice of a chief-messenger, and in the trump of God, shall come down from heaven, and the dead in Christ shall rise first,

And he saith unto me: Do not fear, Daniel, for from the first day that thou didst give thy heart to understand, and to humble thyself before thy God, thy words have been heard, and I have come because of thy words. 'And the head of the kingdom of Persia is standing over-against me twenty and one days, and lo, Michael, first of the chief heads, hath come in to help me, and I have remained there near the kings of Persia;

but I declare to thee that which is noted down in the Writing of Truth, and there is not one strengthening himself with me, concerning these, except Michael your head.

yet Michael, the chief messenger, when, with the devil contending, he was disputing about the body of Moses, did not dare to bring up an evil-speaking judgment, but said, 'The Lord rebuke thee!'