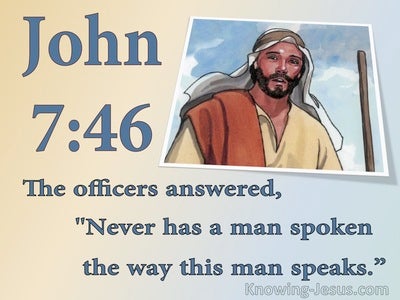 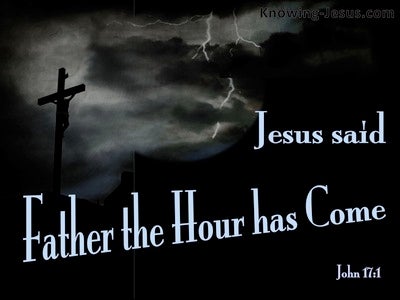 So the detachment, the commanding officer, and the officers of the Jews, seized Jesus and bound him,

While the children of Israel were in the wilderness, they found a man gathering sticks on the Sabbath day. Those who found him gathering sticks brought him to Moses and Aaron, and to all the congregation. They put him in custody, because it had not been declared what should be done to him.

The Gileadites took the fords of the Jordan against the Ephraimites. It was so, that when [any of] the fugitives of Ephraim said, Let me go over, the men of Gilead said to him, "Are you an Ephraimite?" If he said, "No;" then they said to him, "Now say 'Shibboleth;'" and he said "Sibboleth;" for he couldn't manage to pronounce it right: then they laid hold of him, and killed him at the fords of the Jordan. At that time, forty-two thousand of Ephraim fell.

The princes were angry with Jeremiah, and struck him, and put him in prison in the house of Jonathan the scribe; for they had made that the prison.

Then the Spirit entered into me, and set me on my feet; and he spoke with me, and said to me, Go, shut yourself inside your house. But you, son of man, behold, they shall lay bands on you, and shall bind you with them, and you shall not go out among them:

When we entered into Rome, the centurion delivered the prisoners to the captain of the guard, but Paul was allowed to stay by himself with the soldier who guarded him.

The officers therefore came to the chief priests and Pharisees, and they said to them, "Why didn't you bring him?" The officers answered, "No man ever spoke like this man!"

But Saul ravaged the assembly, entering into every house, and dragged both men and women off to prison.

When they had taken security from Jason and the rest, they let them go.

I saw an angel coming down out of heaven, having the key of the abyss and a great chain in his hand. He seized the dragon, the old serpent, which is the devil and Satan, who deceives the whole inhabited earth, and bound him for a thousand years, and cast him into the abyss, and shut it, and sealed it over him, that he should deceive the nations no more, until the thousand years were finished. After this, he must be freed for a short time.

All the city was moved, and the people ran together. They seized Paul and dragged him out of the temple. Immediately the doors were shut. As they were trying to kill him, news came up to the commanding officer of the regiment that all Jerusalem was in an uproar. Immediately he took soldiers and centurions, and ran down to them. They, when they saw the chief captain and the soldiers, stopped beating Paul.read more.
Then the commanding officer came near, arrested him, commanded him to be bound with two chains, and inquired who he was and what he had done.

John 17:1
Verse Concepts
Relationship Of Father And SonTimes Of The ChristGod, Purpose Of
Looking HeavenwardChrist SeeingThe Father's Activity Regarding Christ

Jesus said these things, and lifting up his eyes to heaven, he said, "Father, the time has come. Glorify your Son, that your Son may also glorify you;

Those who had taken Jesus led him away to Caiaphas the high priest, where the scribes and the elders were gathered together.

They laid their hands on him, and seized him.

But the high priest rose up, and all those who were with him (which is the sect of the Sadducees), and they were filled with jealousy, and laid hands on the apostles, and put them in public custody.

Acts 6:12
Verse Concepts
SanhedrinTeachers Of The Lawelders, as community leaders
High Priest, In NtInciting To Evil

They stirred up the people, the elders, and the scribes, and came against him and seized him, and brought him in to the council,

But when her masters saw that the hope of their gain was gone, they seized Paul and Silas, and dragged them into the marketplace before the rulers.

All the city was moved, and the people ran together. They seized Paul and dragged him out of the temple. Immediately the doors were shut.

and asked for letters from him to the synagogues of Damascus, that if he found any who were of the Way, whether men or women, he might bring them bound to Jerusalem.

When his friends heard it, they went out to seize him: for they said, "He is insane."