12 Bible Verses about Being Seen By Man 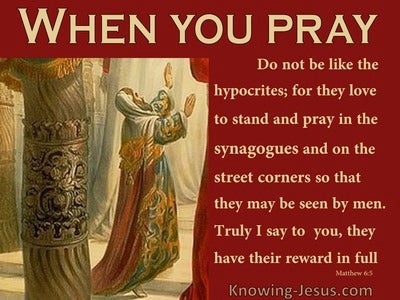 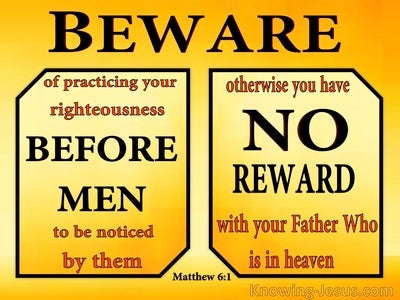 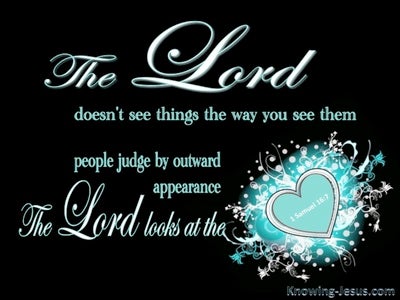 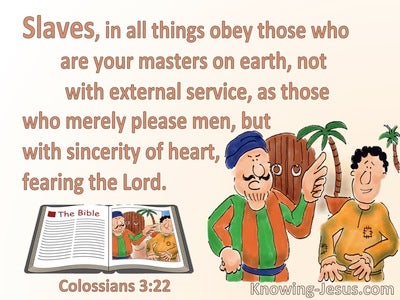 "Be careful that you don't do your charitable giving before men, to be seen by them, or else you have no reward from your Father who is in heaven.

"When you pray, you shall not be as the hypocrites, for they love to stand and pray in the synagogues and in the corners of the streets, that they may be seen by men. Most certainly, I tell you, they have received their reward.

"Moreover when you fast, don't be like the hypocrites, with sad faces. For they disfigure their faces, that they may be seen by men to be fasting. Most certainly I tell you, they have received their reward.

But all their works they do to be seen by men. They make their phylacteries broad, enlarge the fringes of their garments,

But Yahweh said to Samuel, "Don't look on his face, or on the height of his stature; because I have rejected him: for [Yahweh sees] not as man sees; for man looks at the outward appearance, but Yahweh looks at the heart."

Even so you also outwardly appear righteous to men, but inwardly you are full of hypocrisy and iniquity.

He said to them, "You are those who justify yourselves in the sight of men, but God knows your hearts. For that which is exalted among men is an abomination in the sight of God.

saying, "There was a judge in a certain city who didn't fear God, and didn't respect man.

He wouldn't for a while, but afterward he said to himself, 'Though I neither fear God, nor respect man,

Romans 12:17
Verse Concepts
Not AvengingRepaying Evil For EvilBullyingRevenge, And Retaliation
Turning The Other CheekSpiteDuties To Enemies

Repay no one evil for evil. Respect what is honorable in the sight of all men.

Servants, obey in all things those who are your masters according to the flesh, not just when they are looking, as men pleasers, but in singleness of heart, fearing God.