8 Bible Verses about Chaos As Judgment 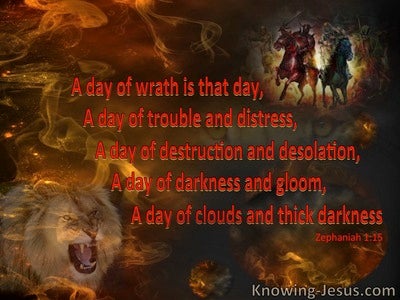 "But hawks and hedgehogs will possess it; owls and ravens will nest in it. God will stretch out over it a measuring line, and chaos, and plumb lines of emptiness, and its nobles.

"Watch out! The LORD is about to depopulate the land and devastate it; he will turn it upside down and scatter its inhabitants. It will be the same for the lay people as for priests, the same for servants as for their masters, for female servants as for their mistresses, for buyers as for sellers, for lenders as for borrowers, and for creditors as for debtors. The earth will be utterly depopulated and completely laid waste for the LORD has spoken this message.

For the fortified city stands desolate, a settlement abandoned and forsaken like the desert; calves graze there, and there they lie down and strip bare its branches.

"For the palace will be abandoned, the noisy city deserted; the citadel and watchtower will become barren wastes forever, the delight of wild donkeys, and a pasture for flocks,

Then the kings of the earth, the important people, the generals, the rich, the powerful, and all the slaves and free people concealed themselves in caves and among the rocks in the mountains. They told the mountains and rocks, "Fall on us and hide us from the face of the one who sits on the throne and from the wrath of the lamb. For the great day of their wrath has come, and who is able to endure it?"

The chaotic city lies broken down; every house is closed up so that no one can enter them. There is an outcry in the streets over wine; all cheer turns to gloom; the fun times of the earth are banished. Desolation remains in the city whose gates lie battered into ruins.

"Terror and pit and snare are coming in your direction, you inhabitants of the earth! Whoever flees at the sound of terror will fall into a pit, and whoever climbs out of the pit will be caught in a snare. For the windows of judgment from above are opened, and the foundations of the earth are shaken. The earth is utterly shattered, the earth is split apart, the earth is violently shaken.read more.
The earth reels to and fro like a drunkard; it sways like a hut; its transgression lies so heavy upon it, that it falls, never to rise again. "And it will come about at that time, the LORD will punish the armies of the exalted ones in the heavens, and the rulers of the earth on earth.