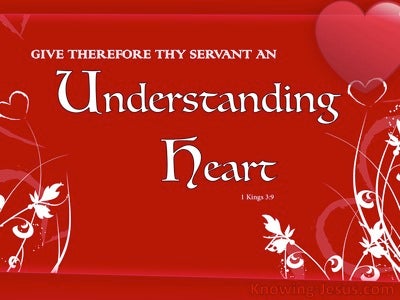 God came to Laban the Aramean in a dream of the night and said to him, “Be careful that you do not speak to Jacob either good or bad.”

But God came to Abimelech in a dream of the night, and said to him, “Behold, you are a dead man because of the woman whom you have taken, for she is married.”

Then God said to him in the dream, “Yes, I know that in the integrity of your heart you have done this, and I also kept you from sinning against Me; therefore I did not let you touch her.

When Saul inquired of the Lord, the Lord did not answer him, either by dreams or by Urim or by prophets. Then Saul said to his servants, “Seek for me a woman who is a medium, that I may go to her and inquire of her.” And his servants said to him, “Behold, there is a woman who is a medium at En-dor.” Then Saul disguised himself by putting on other clothes, and went, he and two men with him, and they came to the woman by night; and he said, “Conjure up for me, please, and bring up for me whom I shall name to you.”read more.
But the woman said to him, “Behold, you know what Saul has done, how he has cut off those who are mediums and spiritists from the land. Why are you then laying a snare for my life to bring about my death?” Saul vowed to her by the Lord, saying, “As the Lord lives, no punishment shall come upon you for this thing.” Then the woman said, “Whom shall I bring up for you?” And he said, “Bring up Samuel for me.” When the woman saw Samuel, she cried out with a loud voice; and the woman spoke to Saul, saying, “Why have you deceived me? For you are Saul.” The king said to her, “Do not be afraid; but what do you see?” And the woman said to Saul, “I see a divine being coming up out of the earth.” He said to her, “What is his form?” And she said, “An old man is coming up, and he is wrapped with a robe.” And Saul knew that it was Samuel, and he bowed with his face to the ground and did homage. Then Samuel said to Saul, “Why have you disturbed me by bringing me up?” And Saul answered, “I am greatly distressed; for the Philistines are waging war against me, and God has departed from me and no longer answers me, either through prophets or by dreams; therefore I have called you, that you may make known to me what I should do.”

In Gibeon the Lord appeared to Solomon in a dream at night; and God said, “Ask what you wish Me to give you.” Then Solomon said, “You have shown great lovingkindness to Your servant David my father, according as he walked before You in truth and righteousness and uprightness of heart toward You; and You have reserved for him this great lovingkindness, that You have given him a son to sit on his throne, as it is this day. Now, O Lord my God, You have made Your servant king in place of my father David, yet I am but a little child; I do not know how to go out or come in.read more.
Your servant is in the midst of Your people which You have chosen, a great people who are too many to be numbered or counted. So give Your servant an understanding heart to judge Your people to discern between good and evil. For who is able to judge this great people of Yours?” It was pleasing in the sight of the Lord that Solomon had asked this thing. God said to him, “Because you have asked this thing and have not asked for yourself long life, nor have asked riches for yourself, nor have you asked for the life of your enemies, but have asked for yourself discernment to understand justice, behold, I have done according to your words. Behold, I have given you a wise and discerning heart, so that there has been no one like you before you, nor shall one like you arise after you. I have also given you what you have not asked, both riches and honor, so that there will not be any among the kings like you all your days. If you walk in My ways, keeping My statutes and commandments, as your father David walked, then I will prolong your days.” Then Solomon awoke, and behold, it was a dream. And he came to Jerusalem and stood before the ark of the covenant of the Lord, and offered burnt offerings and made peace offerings, and made a feast for all his servants.

And having been warned by God in a dream not to return to Herod, the magi left for their own country by another way. Now when they had gone, behold, an angel of the Lord *appeared to Joseph in a dream and said, “Get up! Take the Child and His mother and flee to Egypt, and remain there until I tell you; for Herod is going to search for the Child to destroy Him.”