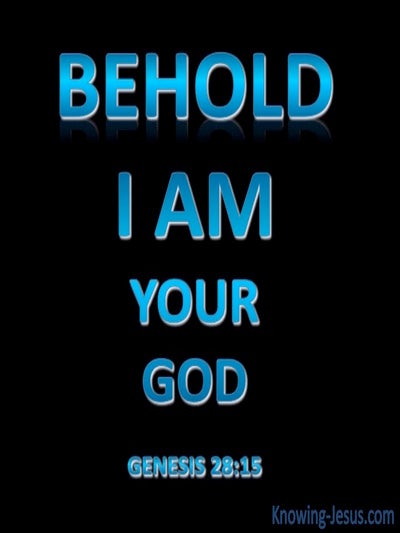 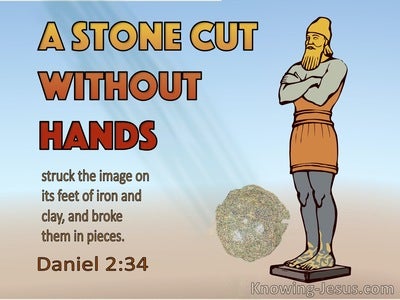 And he dreamed, and behold, a ladder was set up on the earth, and the top of it reached to the heavens. And behold, angels of God ascended and descended upon it. And behold, Jehovah stood above it. And he said, I am Jehovah, the God of Abraham, thy father, and the God of Isaac: the land on which thou liest, to thee will I give it, and to thy seed. And thy seed shall be as the dust of the earth, and thou shalt spread abroad to the west, and to the east, and to the north, and to the south; and in thee and in thy seed shall all the families of the earth be blessed.read more.
And behold, I am with thee, and will keep thee in all places to which thou goest, and will bring thee again into this land; for I will not leave thee until I have done what I have spoken to thee of.

And it came to pass at the time of the ardour of the flocks, that I lifted up mine eyes, and saw in a dream, and behold, the rams that leaped upon the flocks were ringstraked, speckled, and spotted. And the Angel of God said to me in a dream, Jacob! And I said, Here am I. And he said, Lift up now thine eyes, and see: all the rams that leap upon the flock are ringstraked, speckled, and spotted; for I have seen all that Laban does to thee.read more.
I am the God of Bethel, where thou anointedst the pillar, where thou vowedst a vow to me. Now arise, depart out of this land, and return to the land of thy kindred.

And Joseph dreamed a dream, and told it to his brethren, and they hated him yet the more. And he said to them, Hear, I pray you, this dream, which I have dreamt: Behold, we were binding sheaves in the fields, and lo, my sheaf rose up, and remained standing; and behold, your sheaves came round about and bowed down to my sheaf.

Then the chief of the cup-bearers told his dream to Joseph, and said to him, In my dream, behold, a vine was before me; and in the vine were three branches; and it was as though it budded: its blossoms shot forth, its clusters ripened into grapes. And Pharaoh's cup was in my hand; and I took the grapes, and pressed them into Pharaoh's cup, and gave the cup into Pharaoh's hand.

When Gideon came, behold, a man was telling a dream to his comrade; and he said, "Behold, I dreamed a dream; and lo, a cake of barley bread tumbled into the camp of Mid'ian, and came to the tent, and struck it so that it fell, and turned it upside down, so that the tent lay flat."

Thou, O king, sawest, and behold, a great image. This image was mighty and its brightness excellent; it stood before thee, and its appearance was terrible. This image's head was of fine gold, its breast and its arms of silver, its belly and its thighs of brass, its legs of iron, its feet part of iron and part of clay.read more.
Thou sawest till a stone was cut out without hands; and it smote the image upon its feet of iron and clay, and broke them to pieces. Then was the iron, the clay, the brass, the silver, and the gold broken in pieces together, and they became like the chaff of the summer threshing-floors; and the wind carried them away, and no place was found for them. And the stone that smote the image became a great mountain, and filled the whole earth.

Thus were the visions of my head upon my bed: I saw, and behold a tree in the midst of the earth, and its height was great. The tree grew, and was strong, and its height reached unto the heavens, and the sight thereof to the end of all the earth. Its leaves were beautiful, and its fruit abundant, and in it was food for all: the beasts of the field found shade under it, and the birds of the heavens dwelt in its branches, and all flesh was fed from it.read more.
I saw in the visions of my head upon my bed, and behold, a watcher and a holy one came down from the heavens; he cried aloud, and said thus: Hew down the tree, and cut off its branches, shake off its leaves, and scatter its fruit; let the beasts get away from under it, and the birds from its branches. Nevertheless leave the stump of its roots in the earth, even with a band of iron and brass, in the tender grass of the field; and let it be bathed with the dew of heaven, and let his portion be with the beasts in the grass of the earth. Let his heart be changed from man's, and let a beast's heart be given unto him; and let seven times pass over him. This sentence is by the decree of the watchers, and the decision by the word of the holy ones: that the living may know that the Most High ruleth over the kingdom of men, and giveth it to whomsoever he will, and setteth up over it the basest of men.