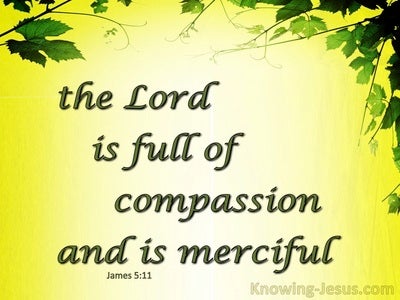 Then the sons of Judah drew near to Joshua in Gilgal, and Caleb the son of Jephunneh the Kenizzite said to him, “You know the word which the Lord spoke to Moses the man of God concerning you and me in Kadesh-barnea. I was forty years old when Moses the servant of the Lord sent me from Kadesh-barnea to spy out the land, and I brought word back to him as it was in my heart. Nevertheless my brethren who went up with me made the heart of the people melt with fear; but I followed the Lord my God fully.read more.
So Moses swore on that day, saying, ‘Surely the land on which your foot has trodden will be an inheritance to you and to your children forever, because you have followed the Lord my God fully.’ Now behold, the Lord has let me live, just as He spoke, these forty-five years, from the time that the Lord spoke this word to Moses, when Israel walked in the wilderness; and now behold, I am eighty-five years old today. I am still as strong today as I was in the day Moses sent me; as my strength was then, so my strength is now, for war and for going out and coming in. Now then, give me this hill country about which the Lord spoke on that day, for you heard on that day that Anakim were there, with great fortified cities; perhaps the Lord will be with me, and I will drive them out as the Lord has spoken.” So Joshua blessed him and gave Hebron to Caleb the son of Jephunneh for an inheritance. Therefore, Hebron became the inheritance of Caleb the son of Jephunneh the Kenizzite until this day, because he followed the Lord God of Israel fully. Now the name of Hebron was formerly Kiriath-arba; for Arba was the greatest man among the Anakim. Then the land had rest from war.

If it is disagreeable in your sight to serve the Lord, choose for yourselves today whom you will serve: whether the gods which your fathers served which were beyond the River, or the gods of the Amorites in whose land you are living; but as for me and my house, we will serve the Lord.” The people answered and said, “Far be it from us that we should forsake the Lord to serve other gods; for the Lord our God is He who brought us and our fathers up out of the land of Egypt, from the house of bondage, and who did these great signs in our sight and preserved us through all the way in which we went and among all the peoples through whose midst we passed.read more.
The Lord drove out from before us all the peoples, even the Amorites who lived in the land. We also will serve the Lord, for He is our God.” Then Joshua said to the people, “You will not be able to serve the Lord, for He is a holy God. He is a jealous God; He will not forgive your transgression or your sins. If you forsake the Lord and serve foreign gods, then He will turn and do you harm and consume you after He has done good to you.” The people said to Joshua, “No, but we will serve the Lord.” Joshua said to the people, “You are witnesses against yourselves that you have chosen for yourselves the Lord, to serve Him.” And they said, “We are witnesses.” “Now therefore, put away the foreign gods which are in your midst, and incline your hearts to the Lord, the God of Israel.” The people said to Joshua, “We will serve the Lord our God and we will obey His voice.” So Joshua made a covenant with the people that day, and made for them a statute and an ordinance in Shechem.

David said to Saul, “Let no man’s heart fail on account of him; your servant will go and fight with this Philistine.” Then Saul said to David, “You are not able to go against this Philistine to fight with him; for you are but a youth while he has been a warrior from his youth.” But David said to Saul, “Your servant was tending his father’s sheep. When a lion or a bear came and took a lamb from the flock,read more.
I went out after him and attacked him, and rescued it from his mouth; and when he rose up against me, I seized him by his beard and struck him and killed him. Your servant has killed both the lion and the bear; and this uncircumcised Philistine will be like one of them, since he has taunted the armies of the living God.” And David said, “The Lord who delivered me from the paw of the lion and from the paw of the bear, He will deliver me from the hand of this Philistine.” And Saul said to David, “Go, and may the Lord be with you.”

even though these three men, Noah, Daniel and Job were in its midst, by their own righteousness they could only deliver themselves,” declares the Lord God.

As an example, brethren, of suffering and patience, take the prophets who spoke in the name of the Lord. We count those blessed who endured. You have heard of the endurance of Job and have seen the outcome of the Lord’s dealings, that the Lord is full of compassion and is merciful.

Brethren, join in following my example, and observe those who walk according to the pattern you have in us.

For I gave you an example that you also should do as I did to you.

Be imitators of me, just as I also am of Christ.