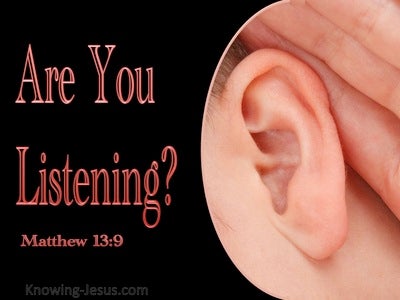 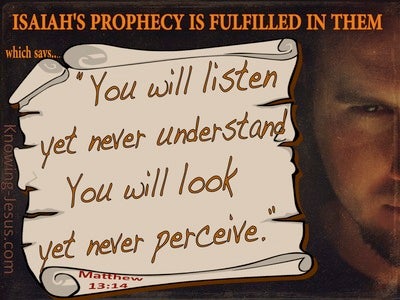 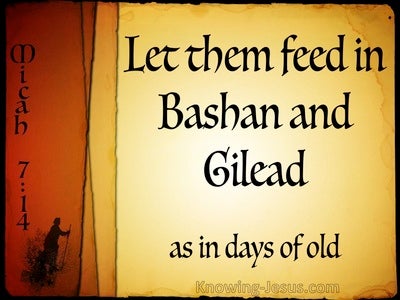 But some fell into good ground and brought forth fruit: one a hundredfold and another sixtyfold and another thirtyfold. He who has ears to hear, let him hear. Then the disciples came and said unto him, Why dost thou speak unto them in parables?read more.
He answered and said unto them, Because it is given unto you to know the mysteries of the kingdom of the heavens, but to them it is not given. For whosoever has, to him shall be given, and he shall have in abundance; but whosoever has not, from him shall be taken away even that which he has. Therefore, I speak to them in parables because seeing they see not, and hearing they hear not, neither do they understand. And in them is fulfilled the prophecy of Isaiah, which says, By hearing ye shall hear and shall not understand, and seeing ye shall see and shall not perceive; for this people's heart is waxed gross, and their ears are dull of hearing, and their eyes they have closed lest at any time they should see with their eyes and hear with their ears and should understand with their heart and should be converted, and I should heal them. But blessed are your eyes, for they see, and your ears, for they hear. For verily I say unto you, That many prophets and righteous men have desired to see those things which ye see and have not seen them and to hear those things which ye hear and have not heard them. Hear ye therefore the parable of the sower. When anyone hears the word of the kingdom and does not understand it, then the wicked one comes and catches away that which was sown in his heart. This is he who was planted beside the way. But he that was planted in stony places, the same is he that hears the word and receives it immediately with joy; yet he has no root in himself but is temporal, for when affliction or persecution arises because of the word, by and by he is offended. And he that was planted among the thorns is he that hears the word, and the cares of this world and the deceitfulness of riches choke the word, and he becomes unfruitful. But he that was planted in good ground is he that hears the word and understands it and who also bears the fruit and brings forth: one a hundredfold and another sixty and another thirty. He put forth another parable unto them, saying, The kingdom of the heavens is likened unto a man who sows good seed in his field But while men slept, his enemy came and sowed tares among the wheat and went away. But when the blade was sprung up and brought forth fruit, then the tares appeared also.

And I brought you into a plentiful country to eat the fruit thereof and the goodness thereof; but when ye entered, ye defiled my land and made my heritage an abomination.

He also took of the seed of the land and planted it in a fruitful field; he placed it by great waters and set it as a willow tree.

And other fell on good ground and did yield fruit that sprang up and increased and brought forth: some thirty and some sixty and some a hundred.

Therefore let God give thee of the dew of heaven and of the fatness of the earth and plenty of wheat and new wine.

And what the land is, whether it is fertile or sterile, whether there are trees therein, or not. And be ye of good courage and bring of the fruit of the land. Now the time was the time of the firstripe grapes.

Israel is an empty vine. Shall he bring forth fruit unto himself? According to the multiplication of his fruit he has multiplied altars; according to the goodness of his land they have bettered their statues.

And in the seven plenteous years the earth brought forth by handfuls.

And he spoke a parable unto them, saying, The ground of a certain rich man brought forth plentifully;

And some fell on good ground and sprang up and bore fruit a hundredfold. And when he had said these things, he cried, He that has ears to hear, let him hear.

But he that was planted in good ground is he that hears the word and understands it and who also bears the fruit and brings forth: one a hundredfold and another sixty and another thirty.

And these are those who are sown in good ground, such as hear the word and receive it and bring forth fruit: some thirtyfold, some sixty, and some a hundred.

But that on the good ground are those who in an honest and good heart, having heard the word, keep it and bring forth fruit with patience.

Feed thy people with thy rod, the flock of thine heritage, which dwell only in the mountain, in the midst of Carmel; let them feed in Bashan and Gilead, as in the time of old.