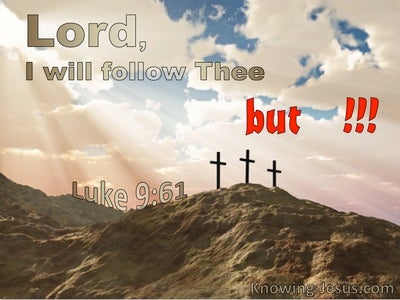 Afterward Joshua struck them, put them to death, and hanged them on five trees. They were hanging on the trees until the evening.

"You shall make bars of acacia wood: five for the boards of the one side of the tabernacle,

He made bars of acacia wood; five for the boards of the one side of the tabernacle,

You shall make for the screen five pillars of acacia, and overlay them with gold: their hooks shall be of gold: and you shall cast five sockets of brass for them.

and the five pillars of it with their hooks. He overlaid their capitals and their fillets with gold, and their five sockets were of brass.

Then they said, "What shall be the trespass offering which we shall return to him?" They said, "Five golden tumors, and five golden mice, [according to] the number of the lords of the Philistines; for one plague was on you all, and on your lords.

These are the golden tumors which the Philistines returned for a trespass offering to Yahweh: for Ashdod one, for Gaza one, for Ashkelon one, for Gath one, for Ekron one; and the golden mice, according to the number of all the cities of the Philistines belonging to the five lords, both of fortified cities and of country villages, even to the great stone, whereon they set down the ark of Yahweh, [which stone remains] to this day in the field of Joshua of Beth Shemesh.

Their villages were Etam, and Ain, Rimmon, and Tochen, and Ashan, five cities;

and the golden mice, according to the number of all the cities of the Philistines belonging to the five lords, both of fortified cities and of country villages, even to the great stone, whereon they set down the ark of Yahweh, [which stone remains] to this day in the field of Joshua of Beth Shemesh.

In that day, there will be five cities in the land of Egypt that speak the language of Canaan, and swear to Yahweh of Armies. One will be called "The city of destruction."

Now in Jerusalem by the sheep gate, there is a pool, which is called in Hebrew, "Bethesda," having five porches.

He took his staff in his hand, and chose for himself five smooth stones out of the brook, and put them in the shepherd's bag which he had, even in his wallet. His sling was in his hand; and he drew near to the Philistine.

Now therefore what is under your hand? Give me five loaves of bread in my hand, or whatever there is present."

They told him, "We only have here five loaves and two fish."

Don't you yet perceive, neither remember the five loaves for the five thousand, and how many baskets you took up?

He said to them, "How many loaves do you have? Go see." When they knew, they said, "Five, and two fish."

He took the five loaves and the two fish, and looking up to heaven, he blessed and broke the loaves, and he gave to his disciples to set before them, and he divided the two fish among them all.

When I broke the five loaves among the five thousand, how many baskets full of broken pieces did you take up?" They told him, "Twelve."

But he said to them, "You give them something to eat." They said, "We have no more than five loaves and two fish, unless we should go and buy food for all these people."

He took the five loaves and the two fish, and looking up to the sky, he blessed them, and broke them, and gave them to the disciples to set before the multitude.

"There is a boy here who has five barley loaves and two fish, but what are these among so many?"

So they gathered them up, and filled twelve baskets with broken pieces from the five barley loaves, which were left over by those who had eaten.

Immediately he who received the five talents went and traded with them, and made another five talents.

However in the assembly I would rather speak five words with my understanding, that I might instruct others also, than ten thousand words in another language.