23 Bible Verses about Giving To Others 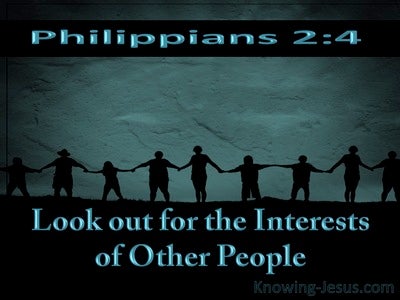 each not to your own look ye, but each also to the things of others.

'Give, and it shall be given to you; good measure, pressed, and shaken, and running over, they shall give into your bosom; for with that measure with which ye measure, it shall be measured to you again.'

and Sarah, my lord's wife, beareth a son to my lord, after she hath been aged, and he giveth to him all that he hath.

And Abraham giveth all that he hath to Isaac;

And the king calleth unto Ziba servant of Saul, and saith unto him, 'All that was to Saul and to all his house, I have given to the son of thy lord,

the whole hath Araunah given, as a king to a king; and Araunah saith unto the king, 'Jehovah thy God doth accept thee.'

And Ornan saith unto David, 'Take to thee -- and my lord the king doth that which is good in his eyes: see, I have given the oxen for burnt-offerings, and the threshing instruments for wood, and the wheat for a present; the whole I have given.'

Ezra himself hath come up from Babylon, and he is a scribe ready in the law of Moses, that Jehovah God of Israel gave, and the king giveth to him -- according to the hand of Jehovah his God upon him -- all his request.

whereupon with an oath he professed to give her whatever she might ask.

Kings of Tarshish and of the isles send back a present. Kings of Sheba and Seba a reward bring near.

And he smiteth Moab, and measureth them with a line, causing them to lie down on the earth, and he measureth two lines to put to death, and the fulness of the line to keep alive, and the Moabites are to David for servants, bearers of a present.

and David putteth garrisons in Aram of Damascus, and Aram is to David for a servant, bearing a present; and Jehovah saveth David whithersoever he hath gone;

Send ye a lamb to the ruler of the land, From Selah in the wilderness, Unto the mount of the daughter of Zion.

Only the ground of the priests he hath not bought, for the priests have a portion from Pharaoh, and they have eaten their portion which Pharaoh hath given to them, therefore they have not sold their ground.