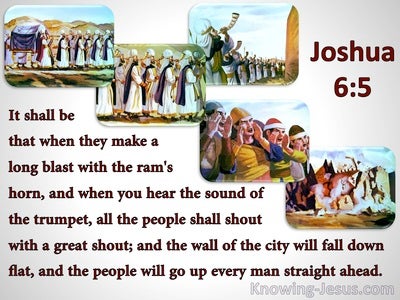 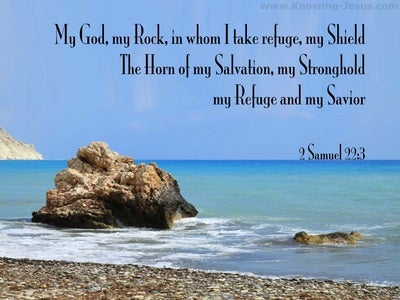 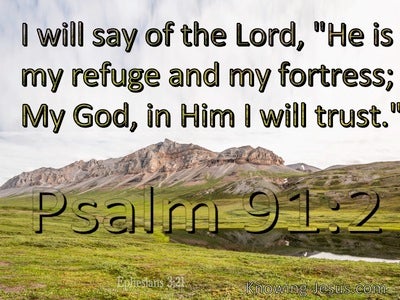 only, surely the people which is dwelling in the land is strong; and the cities are fenced, very great; and also children of Anak we have seen there.

and we -- we are armed hasting before the sons of Israel till that we have brought them in unto their place; and our infants have dwelt in the cities of defence because of the inhabitants of the land;

and we capture all his cities at that time, there hath not been a city which we have not taken from them, sixty cities, all the region of Argob, the kingdom of Og in Bashan. All these are cities fenced with high walls, two-leaved doors and bar, apart from cities of villages very many;

And now, give to me this hill-country, of which Jehovah spake in that day, for thou didst hear in that day, for Anakim are there, and cities, great, fenced; if so be Jehovah is with me, then I have dispossessed them, as Jehovah hath spoken.'

and the cities of defence are Ziddim, Zer, and Hammath, Rakkath, and Chinnereth, and Adamah, and Ramah, and Hazor, and Kedesh, and Edrei, and En-Hazor,read more.
and Iron, and Migdal-El, Horem, and Beth-Anath, and Beth-Shemesh; nineteen cities and their villages.

And in the fourteenth year of king Hezekiah hath Sennacherib king of Asshur come up against all the fenced cities of Judah, and seizeth them,

And Rehoboam dwelleth in Jerusalem, and buildeth cities for a bulwark in Judah, yea, he buildeth Beth-Lehem and Etam, and Tekoa, and Beth-Zur, and Shocho, and Adullam,read more.
and Gath, and Mareshah, and Ziph, and Adoraim, and Lachish, and Azekah, and Zorah, and Aijalon, and Hebron, that are in Judah and in Benjamin, cities of bulwarks. And he strengtheneth the bulwarks, and putteth in them leaders, and treasures of food, and oil, and wine, and in every city and city targets and spears, and strengtheneth them very greatly; and he hath Judah and Benjamin.

And they capture fenced cities, and fat ground, and possess houses full of all good, digged-wells, vineyards, and olive-yards, and fruit-trees in abundance, and they eat, and are satisfied, and become fat, and delight themselves in Thy great goodness.

And it cometh to pass, in the fourteenth year of king Hezekiah, come up hath Sennacherib king of Asshur against all the fenced cities of Judah, and seizeth them.

Declare in Judah, and in Jerusalem sound, And say ye, 'Blow a trumpet in the land,' Call ye fully, and say ye: 'Be gathered, and we go in to the fenced city.'

A way appoint for the coming of the sword, Unto Rabbath of the sons of Ammon, And to Judah, in Jerusalem -- the fenced.

and it hath been, in the prolongation of the horn of the jubilee, in your hearing the voice of the trumpet, all the people shout -- a great shout, and the wall of the city hath fallen under it, and the people have gone up, each over-against him.'

whither are we going up? our brethren have melted our heart, saying, A people greater and taller than we, cities great and fenced to heaven, and also sons of Anakim -- we have seen there.

'Hear, Israel, thou art passing over to-day the Jordan, to go in to possess nations greater and mightier than thyself; cities great and fenced in the heavens;

and they place his weapons in the house of Ashtaroth, and his body they have fixed on the wall of Beth-Shan.

And Solomon joineth in marriage with Pharaoh king of Egypt, and taketh the daughter of Pharaoh, and bringeth her in unto the city of David, till he completeth to build his own house, and the house of Jehovah, and the wall of Jerusalem round about.

And they burn the house of God, and break down the wall of Jerusalem, and all its palaces they have burnt with fire, and all its desirable vessels -- to destruction.

and they say to me, 'Those left, who have been left of the captivity there in the province, are in great evil, and in reproach, and the wall of Jerusalem is broken down, and its gates have been burnt with fire.'

and a letter unto Asaph, keeper of the paradise that the king hath, that he give to me trees for beams for the gates of the palace that the house hath, and for the wall of the city, and for the house into which I enter;' and the king giveth to me, according to the good hand of my God upon me.

And I have kindled a fire against the wall of Damascus, And it consumed palaces of Ben-Hadad!'

And I have seen after Bel in Babylon, And I have brought forth that which he swallowed -- from his mouth, And flow no more unto him do nations, Also the wall of Babylon hath fallen.

And they have destroyed the walls of Tyre, And they have broken down her towers, And I have scraped her dust from her, And made her for a clear place of a rock.

and David putteth garrisons in Aram of Damascus, and Aram is to David for a servant, bearing a present; and Jehovah saveth David whithersoever he hath gone;

and he putteth in Edom garrisons -- in all Edom he hath put garrisons, and all Edom are servants to David; and Jehovah saveth David whithersoever he hath gone.

and David is then in a fortress, and the station of the Philistines is then in Beth-Lehem,

and David is then in the fortress, and the station of the Philistines is then in Beth-Lehem,

and David putteth garrisons in Aram of Damascus, and the Aramaeans are to David for servants, bearing a present, and Jehovah giveth salvation to David whithersoever he hath gone.

And there are to Solomon four thousand stalls for horses and chariots, and twelve thousand horsemen, and he placed them in cities of the chariot, and with the king in Jerusalem.

and he buildeth towers in the wilderness, and diggeth many wells, for he had much cattle, both in the low country and in the plain, husbandmen and vine-dressers in the mountains, and in Carmel; for he was a lover of the ground.

And all the masters of the tower of Shechem hear, and go in unto the high place of the house of the god Berith,

And the watchman is standing on the tower in Jezreel, and seeth the company of Jehu in his coming, and saith, 'A company I see;' and Joram saith, 'Take a rider and send to meet them, and let him say, Is there peace?'

and he leadeth them before the king of Moab, and they dwell with him all the days of David's being in the fortress.

And the Philistines hear that they have anointed David for king over Israel, and all the Philistines come up to seek David, and David heareth, and goeth down unto the fortress,

And thou hast said: I go up against a land of unwalled villages, I go in to those at rest, dwelling confidently, All of them are dwelling without walls, And bar and doors they have not.

Rise ye, go up unto a nation at rest, Dwelling confidently, an affirmation of Jehovah, It hath no two-leaved doors nor bar, Alone they do dwell.

Jehovah is my rock, and my bulwark, And my deliverer, My God is my rock, I trust in Him: My shield, and a horn of my salvation, My high tower.

and he saith: 'Jehovah is my rock, And my bulwark, and a deliverer to me, My God is my rock -- I take refuge in Him; My shield, and the horn of my salvation, My high tower, and my refuge! My Saviour, from violence Thou savest me!

And Jehovah is a tower for the bruised, A tower for times of adversity.

And the salvation of the righteous is from Jehovah, Their strong place in a time of adversity.

To the Overseer. -- By sons of Korah. 'For the Virgins.' -- A song. God is to us a refuge and strength, A help in adversities found most surely.

For Thou hast been a refuge for me, A tower of strength because of the enemy.

Be to me for a rock -- a habitation, To go in continually, Thou hast given command to save me, For my rock and my bulwark art Thou.

And I -- nearness of God to me is good, I have placed in the Lord Jehovah my refuge, To recount all Thy works!

He is saying of Jehovah, 'My refuge, and my bulwark, my God, I trust in Him,'

In the fear of Jehovah is strong confidence, And to His sons there is a refuge.

And it hath consumed thy harvest and thy bread, They consume thy sons, and thy daughters, It consumeth thy flock, and thy herd, It consumeth thy vine, and thy fig-tree, It maketh poor thy fenced cities, In which thou art trusting -- by the sword.

And forget doth Israel his Maker, and buildeth temples, And Judah hath multiplied cities of defence, And I have sent a fire into his cities, And it hath consumed their palaces!

As mighty ones they run, As men of war they go up a wall, And each in his own ways they do go, And they embarrass not their paths. And each his brother they press not, Each in his way they go on, If by the missile they fall, they are not cut off. In the city they run to and fro, On the wall they run, Into houses they go up by the windows, They go in as a thief.

And ceased hath the fortress from Ephraim, And the kingdom from Damascus, And the remnant of Aram are as the honour of the sons of Israel, The affirmation of Jehovah of Hosts!

For Thou didst make of a city a heap, Of a fenced city a ruin, A high place of strangers from being a city, To the age it is not built.

Swallowed up hath the Lord, He hath not pitied any of the pleasant places of Jacob, He hath broken down in His wrath The fortresses of the daughter of Judah, He hath caused to come to the earth, He polluted the kingdom and its princes.

And rise doth a tumult among thy people, And all thy fortresses are spoiled, As the spoiling of Shalman of Beth-Arbel, In a day of battle, Mother against sons dashed in pieces.

And I have cut off the cities of thy land, And I have thrown down all thy fortresses,

Come up hath a scatterer to thy face, Keep the bulwark, watch the way, Strengthen the loins, strengthen power mightily.