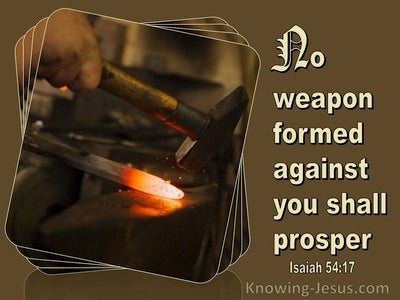 Behold, He who keeps Israel
Will neither slumber nor sleep.

Who is the King of glory?
The Lord strong and mighty,
The Lord mighty in battle.

“No weapon that is formed against you will prosper;
And every tongue that accuses you in judgment you will condemn.
This is the heritage of the servants of the Lord,
And their vindication is from Me,” declares the Lord.