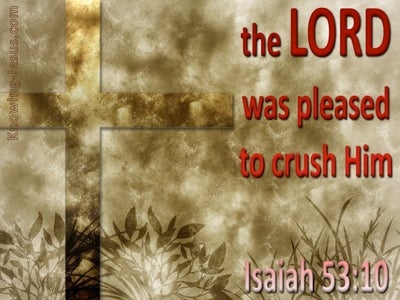 Finally, if a person commits a sin by doing any of these things which are forbidden to be done by the commandments of the LORD, without doing it knowingly, he is guilty and shall bear his iniquity.

When any person commits a trespass and sins through ignorance, in the holy things of the LORD, then he shall bring for the expiation of his guilt unto the LORD a ram without blemish out of the flocks, in thy estimation of two shekels of silver, after the shekel of the sanctuary, for his guilt;

And he shall pay for the sin that he has done in the holy thing and shall add the fifth part thereto and give it unto the priest; and the priest shall reconcile him with the ram of the expiation of his guilt, and he shall have forgiveness.

And the LORD spoke unto Moses, saying, If a person commits a sin, a trespass against the LORD, and denies unto his neighbour that which was delivered unto him to keep or left in his hand, or in a thing stolen, or has slandered his neighbour; or has found that which was lost and then denies it and swears falsely, in any of all these in which a man can sin,read more.
then it shall be that because he has sinned and is guilty, that he shall restore that which he stole, or for the damage of the slander, or that which was delivered him to keep, or the lost thing which he found, or all that about which he has sworn falsely, he shall even restore it in the principal and shall add the fifth part more to it, for the one to whom it belongs, and he shall pay in the day of his guiltiness.

And the LORD spoke unto Moses, saying, Speak unto the sons of Israel, When a man or woman shall commit any sin that men commit, to do a trespass against the LORD, and that person is guilty, then they shall confess their sin which they have done, and he shall recompense his guilt with the principal thereof and add unto it the fifth part thereof and give it unto him against whom he is guilty.read more.
But if that man has no redeemer to recompense the trespass unto, let the trespass be recompensed unto the LORD, even to the priest, beside the ram of the reconciliations, whereby reconciliation shall be made for him.

And he shall bring a ram without blemish out of the flock, in thy estimation, for the expiation of his guilt, unto the priest; and the priest shall reconcile him from his error which he committed in ignorance, and he shall have forgiveness.

Likewise this shall be the law of the expiation of guilt; it shall be most holy. In the place where they kill the burnt offering shall they kill the expiation of guilt, and he shall sprinkle its blood round about upon the altar. And he shall offer of it all the fat thereof, the tail and the fat that covers the intestinesread more.
and the two kidneys and the fat that is on them and that which is on the flanks and with the kidneys he shall take away the caul that is above the liver. And the priest shall incense them upon the altar for an offering on fire unto the LORD; and this shall be the expiation of guilt. Every male among the priests shall eat thereof; it shall be eaten in the holy place for it is most holy.

and the priest shall take one he lamb and offer him for expiation of the guilt, with the log of oil, and wave them for a waved offering before the LORD. And he shall slay the lamb in the place where they kill the sin and the burnt offering, in the place of the sanctuary, for that offered as sin is the priest's, together with that offered as guilt; it is most holy. And the priest shall take some of the blood of the expiation for the guilt, and the priest shall put it upon the tip of the right ear of the one that is to be purified and upon the thumb of his right hand and upon the great toe of his right foot.

And when a man lies carnally with a woman that is a bondmaid, betrothed to a husband and has not been completely ransomed nor been given her freedom, both shall be scourged; they shall not be put to death because she is not free. And he shall bring in expiation for his guilt unto the LORD, unto the door of the tabernacle of the testimony, a ram for expiation of guilt. And the priest shall reconcile him with the ram of the guilt before the LORD for his sin which he has committed, and the sin which he has committed shall be forgiven him.

And they gave their hands that they would send away their women; and being guilty, they offered a ram of the flock for their guiltiness.

Then he said unto me, The north chambers and the south chambers, which are before the separate place, they are holy chambers, where the priests that approach unto the LORD shall eat the holy offerings; there they shall lay the holy offerings, and the present, and that which was offered as sin, and as guilt; for the place is holy.

With all this the LORD chose to bruise him; subjecting him to grief. When he shall have offered his soul for atonement, he shall see his seed, he shall prolong his days, and the will of the LORD shall be prospered in his hand.