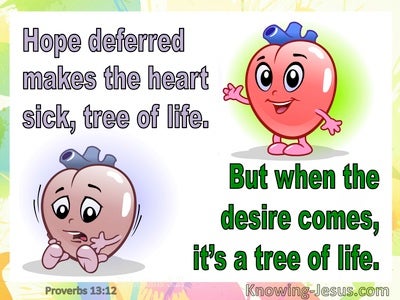 Then he said to his brothers, "My money has been returned, and behold, it is even in my sack." And their hearts sank, and they turned trembling to one another, saying, "What is this that God has done to us?"

'Where can we go up? Our brethren have made our hearts melt, saying, "The people are bigger and taller than we; the cities are large and fortified to heaven. And besides, we saw the sons of the Anakim there."'

"Among those nations you shall find no rest, and there will be no resting place for the sole of your foot; but there the LORD will give you a trembling heart, failing of eyes, and despair of soul.

"When we heard it, our hearts melted and no courage remained in any man any longer because of you; for the LORD your God, He is God in heaven above and on earth beneath.

When he came, behold, Eli was sitting on his seat by the road eagerly watching, because his heart was trembling for the ark of God. So the man came to tell it in the city, and all the city cried out.

David said to Saul, "Let no man's heart fail on account of him; your servant will go and fight with this Philistine."

But in the morning, when the wine had gone out of Nabal, his wife told him these things, and his heart died within him so that he became as a stone.

Foreigners fade away, And come trembling out of their fortresses.

Anxiety in a man's heart weighs it down, But a good word makes it glad.

Therefore all hands will fall limp, And every man's heart will melt.

"Then the spirit of the Egyptians will be demoralized within them; And I will confound their strategy, So that they will resort to idols and ghosts of the dead And to mediums and spiritists.

My mind reels, horror overwhelms me; The twilight I longed for has been turned for me into trembling.

'As for those of you who may be left, I will also bring weakness into their hearts in the lands of their enemies. And the sound of a driven leaf will chase them, and even when no one is pursuing they will flee as though from the sword, and they will fall.

The men of Ai struck down about thirty-six of their men, and pursued them from the gate as far as Shebarim and struck them down on the descent, so the hearts of the people melted and became as water.

When Saul saw the camp of the Philistines, he was afraid and his heart trembled greatly.

So the king said to me, "Why is your face sad though you are not sick? This is nothing but sadness of heart." Then I was very much afraid.

I am poured out like water, And all my bones are out of joint; My heart is like wax; It is melted within me.

My heart is in anguish within me, And the terrors of death have fallen upon me.

A joyful heart makes a cheerful face, But when the heart is sad, the spirit is broken.

And wine which makes man's heart glad, So that he may make his face glisten with oil, And food which sustains man's heart.

A joyful heart makes a cheerful face, But when the heart is sad, the spirit is broken. The mind of the intelligent seeks knowledge, But the mouth of fools feeds on folly. All the days of the afflicted are bad, But a cheerful heart has a continual feast.

A joyful heart is good medicine, But a broken spirit dries up the bones.

Oil and perfume make the heart glad, So a man's counsel is sweet to his friend. Do not forsake your own friend or your father's friend, And do not go to your brother's house in the day of your calamity; Better is a neighbor who is near than a brother far away. Be wise, my son, and make my heart glad, That I may reply to him who reproaches me.

For he will not often consider the years of his life, because God keeps him occupied with the gladness of his heart.

"Go forth, O daughters of Zion, And gaze on King Solomon with the crown With which his mother has crowned him On the day of his wedding, And on the day of his gladness of heart."

and yet He did not leave Himself without witness, in that He did good and gave you rains from heaven and fruitful seasons, satisfying your hearts with food and gladness."

Hope deferred makes the heart sick, But desire fulfilled is a tree of life.

And they brought to Him a paralytic lying on a bed Seeing their faith, Jesus said to the paralytic, "Take courage, son; your sins are forgiven." And some of the scribes said to themselves, "This fellow blasphemes." And Jesus knowing their thoughts said, "Why are you thinking evil in your hearts?read more.
"Which is easier, to say, 'Your sins are forgiven,' or to say, 'Get up, and walk'? "But so that you may know that the Son of Man has authority on earth to forgive sins"--then He said to the paralytic, "Get up, pick up your bed and go home." And he got up and went home. But when the crowds saw this, they were awestruck, and glorified God, who had given such authority to men. As Jesus went on from there, He saw a man called Matthew, sitting in the tax collector's booth; and He said to him, "Follow Me!" And he got up and followed Him. Then it happened that as Jesus was reclining at the table in the house, behold, many tax collectors and sinners came and were dining with Jesus and His disciples. When the Pharisees saw this, they said to His disciples, "Why is your Teacher eating with the tax collectors and sinners?" But when Jesus heard this, He said, "It is not those who are healthy who need a physician, but those who are sick. "But go and learn what this means: 'I DESIRE COMPASSION, AND NOT SACRIFICE,' for I did not come to call the righteous, but sinners." Then the disciples of John came to Him, asking, "Why do we and the Pharisees fast, but Your disciples do not fast?" And Jesus said to them, "The attendants of the bridegroom cannot mourn as long as the bridegroom is with them, can they? But the days will come when the bridegroom is taken away from them, and then they will fast. "But no one puts a patch of unshrunk cloth on an old garment; for the patch pulls away from the garment, and a worse tear results. "Nor do people put new wine into old wineskins; otherwise the wineskins burst, and the wine pours out and the wineskins are ruined; but they put new wine into fresh wineskins, and both are preserved." While He was saying these things to them, a synagogue official came and bowed down before Him, and said, "My daughter has just died; but come and lay Your hand on her, and she will live." Jesus got up and began to follow him, and so did His disciples. And a woman who had been suffering from a hemorrhage for twelve years, came up behind Him and touched the fringe of His cloak; for she was saying to herself, "If I only touch His garment, I will get well." But Jesus turning and seeing her said, "Daughter, take courage; your faith has made you well." At once the woman was made well.

"Do not let your heart be troubled; believe in God, believe also in Me.

"These things I have spoken to you, so that in Me you may have peace In the world you have tribulation, but take courage; I have overcome the world."